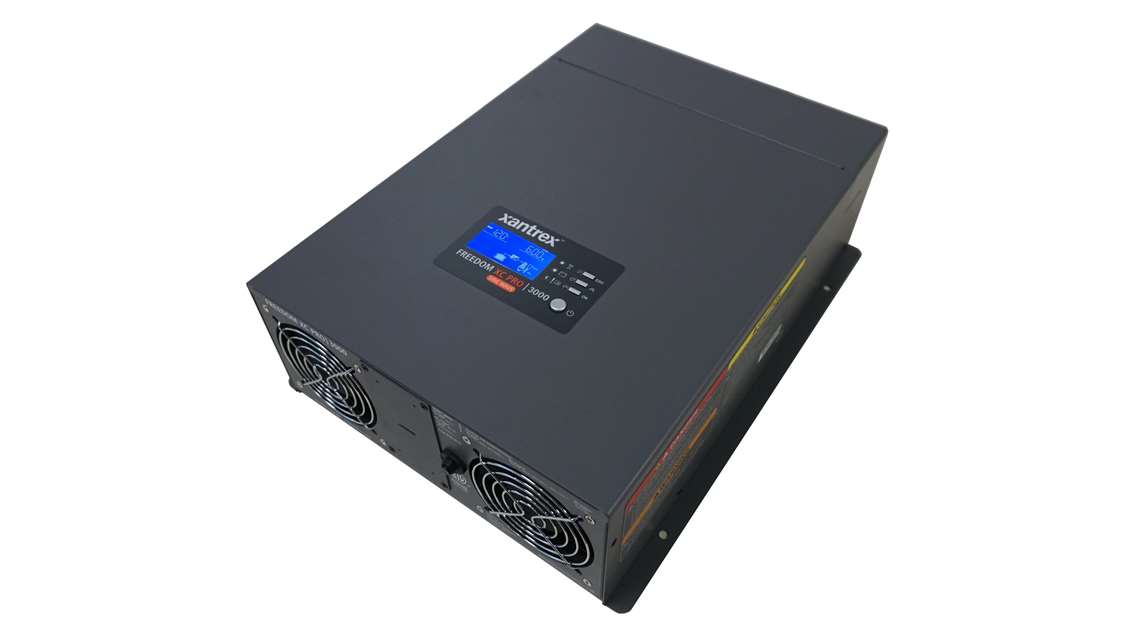 The new Xantrex Freedom XC Pro inverter/charger is available in two model ratings – 2000 and 3000 watts – and can be requested as an OEM install with most truck brands or on the aftermarket.

Xantrex, the British Columbia, Canada, supplier of inverters and inverter/chargers, has added a new lightweight sine wave inverter to its Freedom X lineup. The new Freedom XC Pro inverter/charger is available in two model ratings – 2000 and 3000 watts – and can be requested as an OEM install with most truck brands or on the aftermarket through Xantrex authorized dealers.

According to Mitul Chandrani, Xantrex director of marketing, the Freedom XC Pro sets a new industry standard in terms of power density and features. The inverter features built-in battery charging and weighs just 18.5 lb., making it the lightest and most compact inverter in its class, the company said. It is also the industry’s first inverter charger with built-in communication, Chandrani said. “This means the truck will send commands directly to the inverter,” he said. “Fleets will no longer have to juggle different voltage settings and set points to ensure engine auto-starting.”

The Freedom XC Pro is more than 50 lb. lighter than its transformer-based predecessor. “Typically an inverter delivering 3000 watts power with a high surge weighs roughly 70 lb.,” said Chandrani. “We were able to do this while maintaining the power and bolstering the features of our inverters in the Freedom X line.

“While it’s much smaller in size, the Freedom XC Pro is able to generate an industry-leading five seconds of surge, also known as temporary power boost, for up to two-times the inverter’s watt rating. This easily handles the initial surge required for high initial draw units, like microwaves, induction cooktops, and power tools. Most other inverters have surge power for less than one second.”

Advanced communications enable drivers to monitor the Freedom X inverter system’s performance through the optional Bluetooth remote panel, which is accessible through the Bluetooth app.

The Freedom XC Pro 2000-watt inverter is standard with a built-in 100-amp battery charger. The 3000-watt model incorporates a 150-amp battery charger. The Freedom XC Pro is compatible with all battery types and charges 2.5 to 3.5 times faster compared to other brands of truck inverter/chargers, Xantrex said. The charger can be set for the type of battery being used – including lithium ion – to better meet the optimum charging profile for the battery.

To protect batteries with a low-voltage disconnect, the inverter can be set to disconnect to match best with the type of battery used. “If it’s connected to the starting batteries, you can set the voltage a little higher to ensure enough power to start the rig,” said Chandrani. “If it’s connected to deep-cycle batteries or lithium ion, it can be set lower for more power over a longer period of time. What’s more, when installed in an outside protected location, the Freedom XC Pro is able to maintain peak performance in temperatures up to 104º F and as low as -4º F.”

When connected to shore power, the Freedom XC Pro’s 50A AC Transfer Rely senses when outside AC Power is present and transfers the load from the inverter to the source of incoming power.