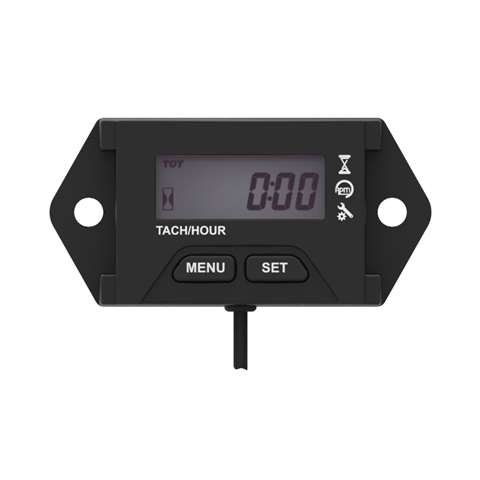 ENM Co. has launched a new tachometer/hourmeter for gasoline engine applications. The PT16F gauge offers complete engine speed and hour monitoring, along with extra functions such as a job timer, service timer and the ability to set various firing patterns. The meter also can keep track of the maximum engine rpm, which can help in early detection of issue with engine, the company said.