TTControl plans to introduce another member in its family of ECUs, the TTC 2030, which will be part of the TTC 2000 ECU series, during the Bauma show in Munich, Germany, in October.

The series consists of Electronic Control Unit (ECU) families of different sizes but built on modular building blocks. The company said this ensures that the right number of interfaces and the right amount of processing power is available for each mobile machine application, while significantly reducing time-to-market and maintenance for the vehicle manufacturer. 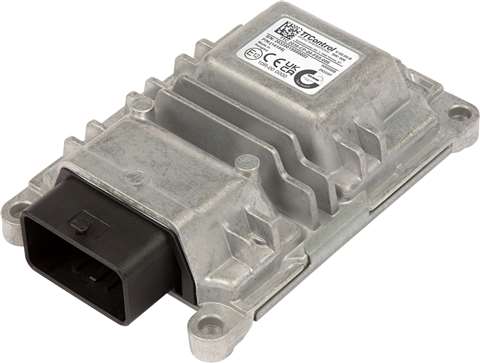 Currently available members of the TTC 2000 ECU series, the compact TTC 2030 family and the TTC 2300 family, enable manufacturers to future-proof their machines. Operators of construction machinery in rugged operating environments on construction sites around the globe can fully rely on the functionality of the control units. This is due to their robustness, high ingress protection rating and resistance to extreme temperatures (full output current from -40 to +85 °C).

Future automation and operator assistance systems are supported by the large internal memory and the transmission of smart sensor data via various communication interfaces such as CAN, Ethernet and SENT (Single Edge Nibble Transmission). This enables operators of construction machinery, for example, to define operating areas for excavators or limit the reach and load moment of cranes.

“The construction equipment industry is greatly increasing automation and efficiency for its customers,” said Arno Purkrabek, team leader product management at TTControl. “Only with the highest performance and a large set of interfaces, including high-speed Ethernet communication, can this transformation be successful. The software reuse, scalability and modularity supported by the TTC 2000 Series help machine builders meet these challenges in the most efficient way.”

The TTC 2030 and TTC 2300 ECU families fulfill safety standards in the construction, agricultural and automotive industries and help reduce certification costs for vehicle manufacturers, said the company. The mixed criticality approach allows safety-critical and non-safety-critical code to run on the same CPU without reducing the overall safety level. The real-time operating system PXROS enables full use of the CPU multicore architecture and ensures a high level of safety through freedom of interference and a significantly reduced development effort.

The mid-sized TTC 2300 features the Aurix CPU with up to six cores and with two high-speed data ports (HSD) for standard Ethernet and BroadR-Reach Ethernet communications. It is equipped with application-configurable status LEDs, support for an emergency stop button, and an H-Bridge mode for controlling electric motors.

The TTC 2030 includes the compact ECU TTC 2038 variant with a two-core Aurix CPU and the I/O module TTC 2038XS, all of which share modularity and synergy potential with the TTC 2000 series.