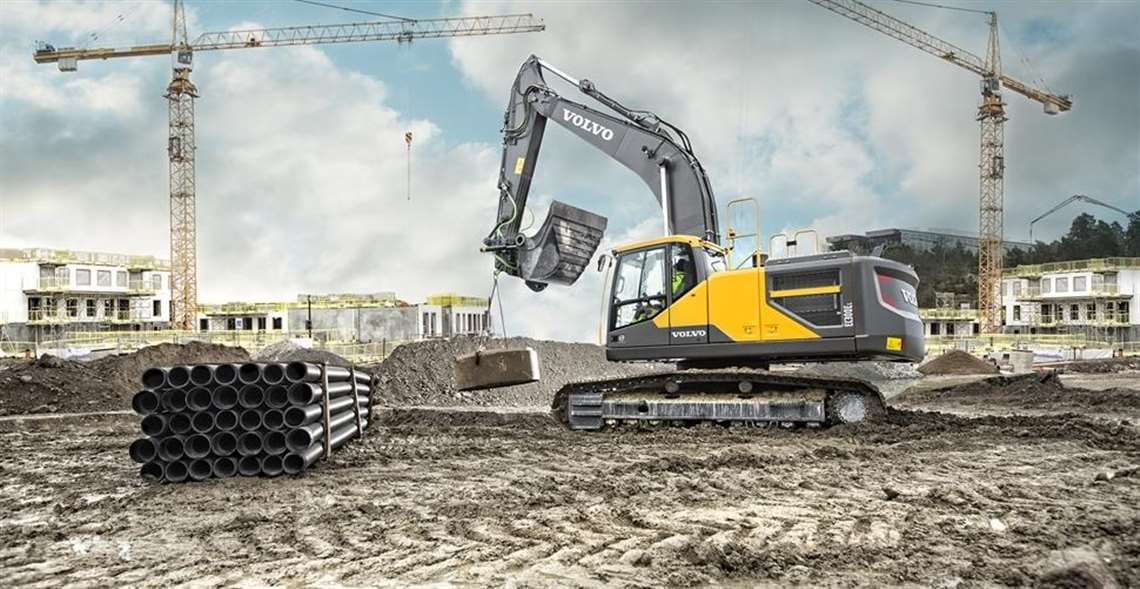 A digital hydraulic actuator which the developers claim “increases productivity while radically cutting fuel bills and carbon dioxide emissions” in construction applications has been announced.

Volvo Construction Equipment and Finland’s Norrhydro, are behind the development and said, if widely adopted, it could help the industry meet its sustainability ambitions while at the same time improving machine performance.

With a Volvo EC300E 30 ton excavator, pictured, as a test bed, the technology has passed its initial proof-of-concept phase and durability tests, and is now moving to a field test period, where prototypes are used in real world applications by selected customer partners. It is forecast that the system will be offered on the company’s excavators by 2024 at the latest.

While the full details of the technology are closely guarded, the Norrhydro patented system, NorrDigi, uses a multi-chamber digital hydraulic actuator that is said to improve system efficiency that much of a machine’s hydraulic system can be discarded or downsized.

It removes the need for a main control valve – the heart of a traditional hydraulic system – along with excessive pump capacity, piping and hoses. It uses less energy and offers the prospect for downsizing the engine capacity, according to the two companies.

They added that the ongoing validations of the solution have demonstrated both efficiency improvement and an increased machine productivity. With carbon dioxide emissions reduced, it is making a “radical” cut in the machine’s carbon footprint, they said.

Volvo CE and Norrhydro have signed a multi-year agreement where Volvo CE will continue to develop the technology in partnership with Norrhydro. Volvo CE has exclusive rights to its use in its products during the development process.

Unlike traditional cylinders with two chambers – one pushing, one pulling – the digital hydraulic actuator uses four chambers that can be connected in up to 16 different permutations, depending on the load required by the desired operation, said Volvo CE.

“It’s a bit like a 16-speed linear transmission,” said Peter Stambro, Vice President Business Development at Norrhydro. He added: “Multi-chamber cylinders have been around for a while, but what makes our ones exceptional is the way they have been combined with advanced electronic control systems, whose complex algorithms and computational speed allow for instant response but using only a fraction of the energy for the same machine manoeuvre or action compared to a traditional system.”

Thomas Bitter, Head of Technology at Volvo CE said:“In research so far, the system shows greatest benefits in larger machines – in the case of excavators, those 30 tons and above. However, in the future, the technology could also be used in electric machines, where its much greater hydraulic system efficiency would effectively extend the battery life and operating window.”