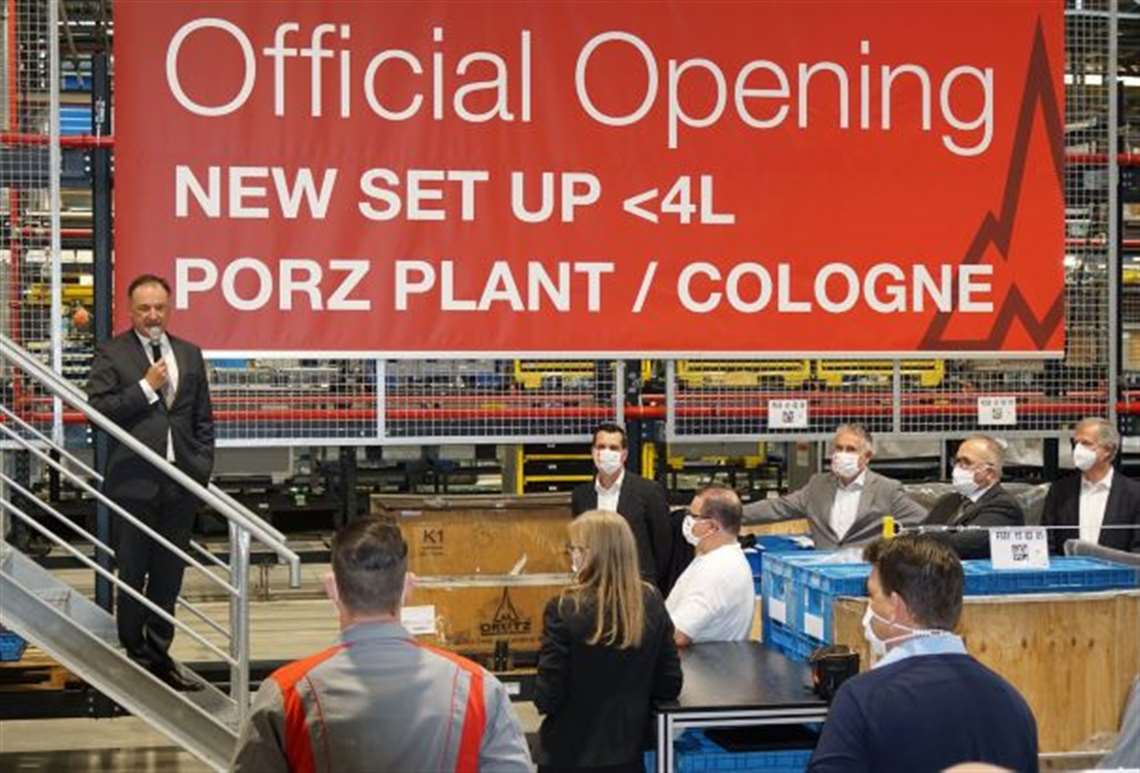 Deutz has officially brought a new engine assembly line on stream at its Cologne, Germany site.

The company said that on assembly line 5, the production processes for Deutz’s 2.2, 2.9 and 3.6 engine series now benefit from a new set-up, making them more streamlined and increasing overall capacity. Diesel, gas, and bi-fuel engines will be assembled here in the future, it said.

The new production line is located where the 2011 model series used to be made before those operations were moved to Ulm, Germany.

Deutz said it has been designed to optimize the flow of materials. Fully automated guided vehicle systems, for example, are used to transport materials directly to the material staging areas at the assembly line completely automatically. The materials for the workstations are then pre-assembled and moved to the appropriate stations.

The new final assembly line also helps to minimize process risks, the company added. A high production rate is achieved thanks to a flowing system, enabling work to take place at more than 70 assembly stations where the pre-assembled components and modules are put together.

Another priority for assembly was an end-to-end quality concept, which includes the monitoring of all threaded connection processes, the use of cameras to document critical assembly steps, and support from collaborative robots for individual processes, said Deutz.

The engines are subsequently checked using a cold test that is integrated into the value stream. The introduction of cold testing for engines with a capacity of less than 4 liters brings lasting reductions in machine busy time and fuel consumption at the plant.

Virtual simulation of the processes and movements enabled the production processes to be optimized for employees too, taking particular account of ergonomics and health and safety aspects, the company added.

“We are delighted to have brought on stream our new ultra-modern assembly line at our Cologne site. The process-driven design of the line will enable us to use our internal resources even more efficiently and therefore to considerably increase our performance,” said Deutz chief executive officer Dr. Frank Hiller, pictured addressing staff.