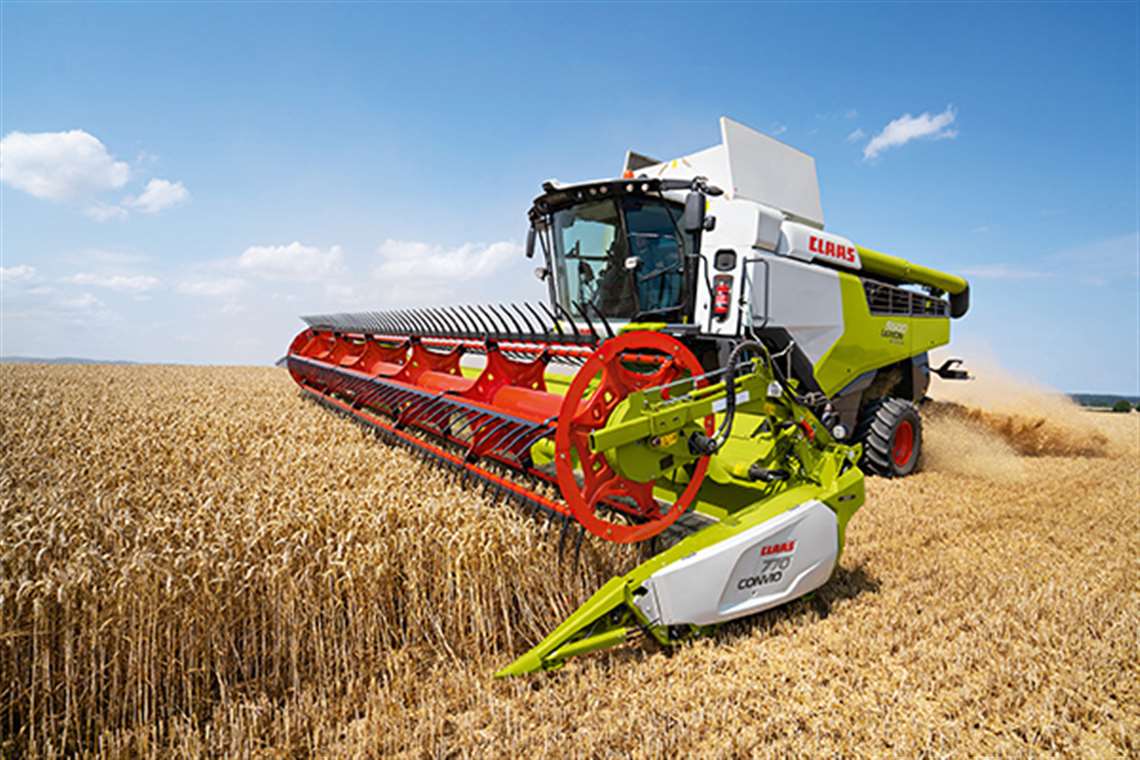 Rolls-Royce’s brand MTU and German agricultural machinery specialist Claas have been working closely together for more than two decades. A commercial cooperation that has included the delivery to Claas of up to 5,000 MTU engines per year and close consultation on drive system and emissions technology issues.

This cooperation has recently been expanded with a joint testing of EU Stage 5 compliance of MTU diesel engines in agricultural machines.

In March 2018, the MTU Series 1000, 1100, 1300 and 1500 engines were awarded certificates for compliance with EU Stage 5 emissions standard. The groundwork leading up to certification lay in some 110 000 hours of field testing – the majority of which were spent at Claas.

Tobias Hans, senior manager Sales Construction & Agriculture at Rolls-Royce business unit Power Systems, said that the first Stage 5-compliant prototype was delivered to Claas for testing in 2016, followed by over a hundred of other test engines. “With Claas, the field test of our engines started roughly two years before start of production (SOP) and stage certification,” explained Hans. “Field tests are still ongoing with Claas and other OEMs to detect possible issues in actual operation and to carry out an effective durability test. It is a project now almost five years in the works that continued for two years after SOP and will very likely continue until mid-2020.”

Claas’ Head of SF System Technology Engine 1, Jan Furmaniak, explained the different steps for the field testing process with MTU engines: “First of all we had the phase of setting up functional mock-ups and then prototypes, working with experts from MTU engines and sometimes Daimler: these prototype units have been fitted in our machines and driven in the field by Claas drivers. The pre-series phase on the other hand was done directly with machines driven by actual end users.

“This project has been crucial not only to look at the powerpack behavior but also to fine-tune the integration into the vehicle.”

According to Holger Bottlang, Rolls-Royce’s head of Agriculture Application Engineering, the experience gathered from the introduction of the EU Stage 4 engines was essential to this other emissions step. “We could improve a lot of items (availability of 12V option, new power ratings, improved torque) and processes, based on the learning from Stage 4. The new engines’ introduction was smoother than we had expected at the beginning.”

He added that the engines and the related aftertreatment components showed no major issues, although there were some challenges related to software functionality: “There were new functions for the aftertreatment to be integrated in combination with the vehicle’s requirement, and that was one of the most delicate parts.”

Claas confirmed as well that the introduction of the new engines and the start of production was smoother than the previous emissions stage, EU Stage 4. “Some discussions with our customer service even showed that emissions Stage 5 was not topic number one in order of priority for our customers,” said Furmaniak.

Even according to Rolls-Royce, EU Stage 5 has been less problematic to end users than Stage 4. “For OEMs there have been some lessons learned too and we, as a supplier, now know more about powertrain integration than we did before. The testing process has improved in comparison to Stage 4 as well,” said Hans.

When asked how the testing process has changed, Hans explained that for EU Stage 5 Rolls-Royce identified the necessity to invest more in the whole program, which is now much more comprehensive than it used to be. This includes a massive number of data being fed back to Rolls-Royce and Daimler for analysis – data that have been partly shared with the OEM, Claas, too. Also, most of the field-test engines have been, or will be, ripped down to check on wear, investigate the status of the aftertreatment components, and others.

“Our aftertreatment is based on Daimler truck applications, adapted to off-road machines. The diesel particulate filter (DPF) with active regeneration was not particularly challenging but we are working on further fine-tuning to optimize it for the various applications,” added Hans.

Thomas Zegota, head of System Technology Engine 2 at Claas, commented that during the validation process with Rolls-Royce there has been a great adaptation from everyone involved to react to the feedback coming from the field: “That was one of the key points for the project’s smooth running.”

The strategy Claas adopted for Stage 5 emissions stage was to launch first an existing machine. “In the past Claas would have had a new machine generation to come out together with the new emissions stage, but for Stage 5 it was decided to take a different path,” reported Zegota. “The Tucano was an existing combine and was chosen as the first mover for the Stage 5. Thanks to this approach, Claas was able to commercially introduce the new machine beginning 2019, that was one year earlier than Stage 5 required.”

Zegota added that MTU Stage 5 engines have been adopted on the Claas Jaguar and Lexion machines and will now be launched in several other new machines. This introduction in stages helped easing up the process and limiting the chances for major issues.

Rolls-Royce and Claas expressed the intention to tackle new international markets together, the most important one being China. According to Hans, Rolls-Royce is working on the China-4 certification for MTU engines; this is key for the partnership with Claas as it will allow the German OEM to export its machines to China when the new emissions standard comes into force. Rolls-Royce for the previous emissions standard, China 3, had certified its MTU engine series 900, 500 and 400.

MTU Stage 5 engines, which are derived from Daimler commercial vehicle engines, cover 115 to 480 kW power output. They comply with the new emissions limits by internal engine enhancements and by adding an SCR system and additional diesel particulate filter. According to MTU, the new engines have reduced CO2 emissions but improved torque, performance and fuel consumption.