MTA and Turkish mobile machines manufacturer MST (part of ASKO Holding group) cooperate since 2017, when the Italian specialist in electric and electronic components started supplying its Revo Plus dashboard for an MST backhoe loader.

Since then MTA has been supplying different off-the-shelf dashboards, displays and electronic control units (ECUs), as well as the software tools MTA Studio and MTA Speedy Creator. 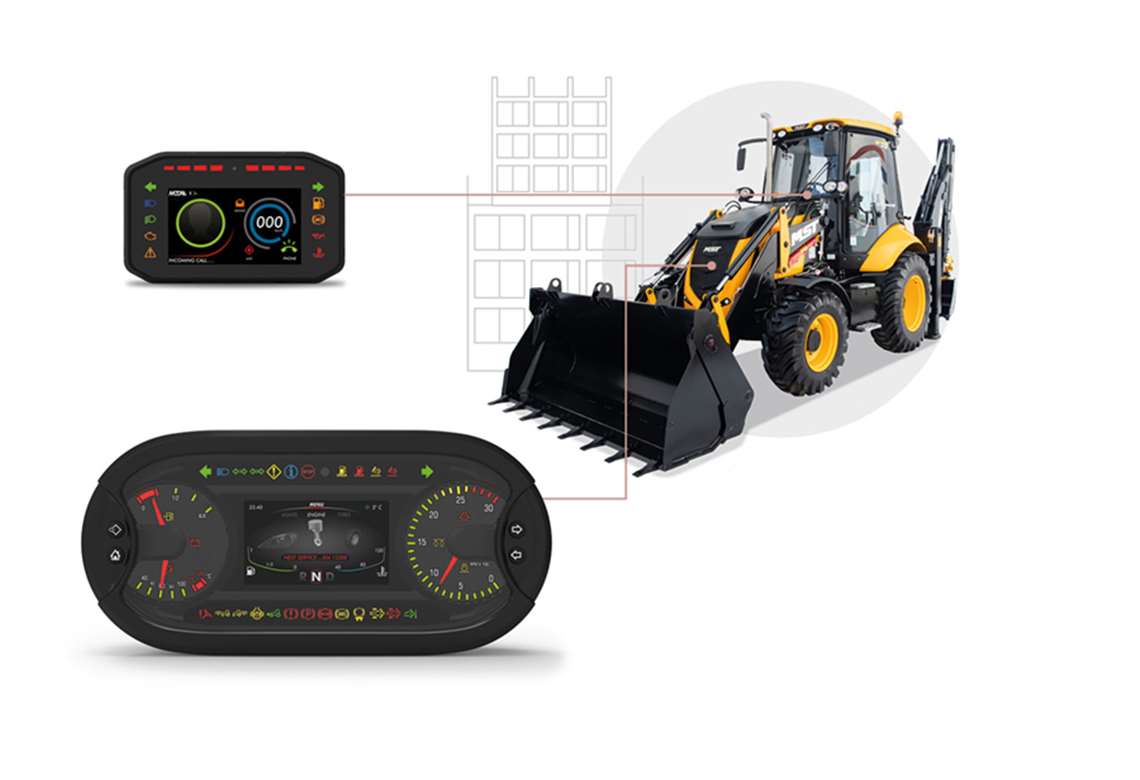 MST backhoe loaders are equipped with Smart and Revo Plus dashboards

For crawler excavators, MST has chosen Giotto, a high-performance 8-in (203-mm) display and Actua ECU. Giotto is customizable with Android Studio for evolved and user-friendly graphical interfaces and mounts a processor that can ensure quick power-up times. The display is optically bonded with an anti-reflective glass on the screen minimizing light reflection.

For the telehandlers equipped with Tier 3A engines MTA supplies Actua ECU, a universal vehicle movement controller particularly suitable for agricultural or off-highway vehicles, while for the telehandlers equipped with Stage 5 engines MST chose the Dyna ECU together with the Revo Plus dashboard. Actua and Dyna are used to control some important functionalities of the vehicle including the steering system.