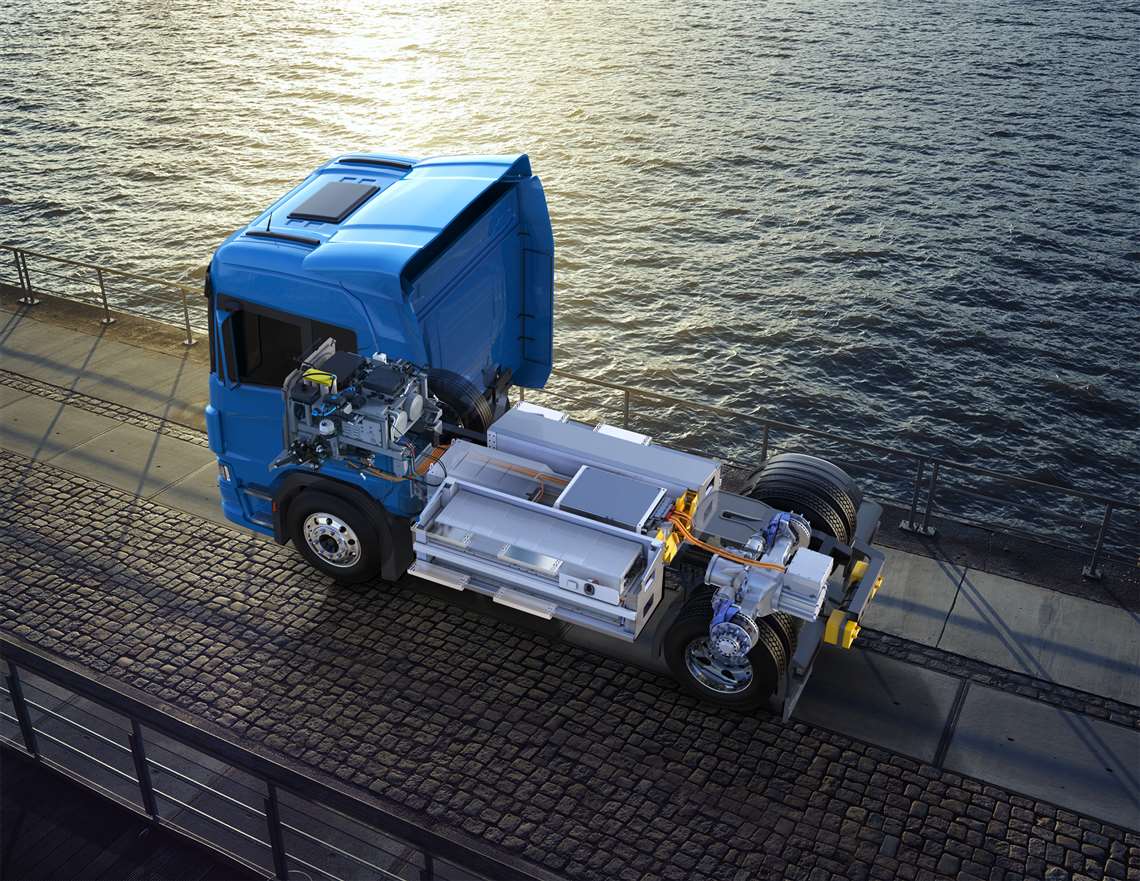 The 17Xe electric powertrain system by Meritor for commercial vehicles

Meritor announced a project worth £31.9 million, funded with £15.9 million by the Advanced Propulsion Centre’s (APC) Core Competition Program in the UK, for the design and development of Meritor’s 17Xe electric powertrain system for heavy-duty electric trucks and buses equipped with a single drive axle. The project is called Electric Powertrain Integration for heavy Commercial vehicles (EPIC) and is handled by a consortium among Meritor and its partners Danfoss Editron and Electra Commercial Vehicles.

EPIC will deliver zero CO2 emission potential for commercial vehicles, and other applications, operating in towns and cities across the UK. As part of this program, Meritor will create a European Centre of Excellence for eMobility in Cwmbran, South Wales, and Danfoss Editron will create an Innovation Centre in Edinburgh, Scotland.

Read more about the details and technical characteristics of this project in NEW POWER PROGRESS.