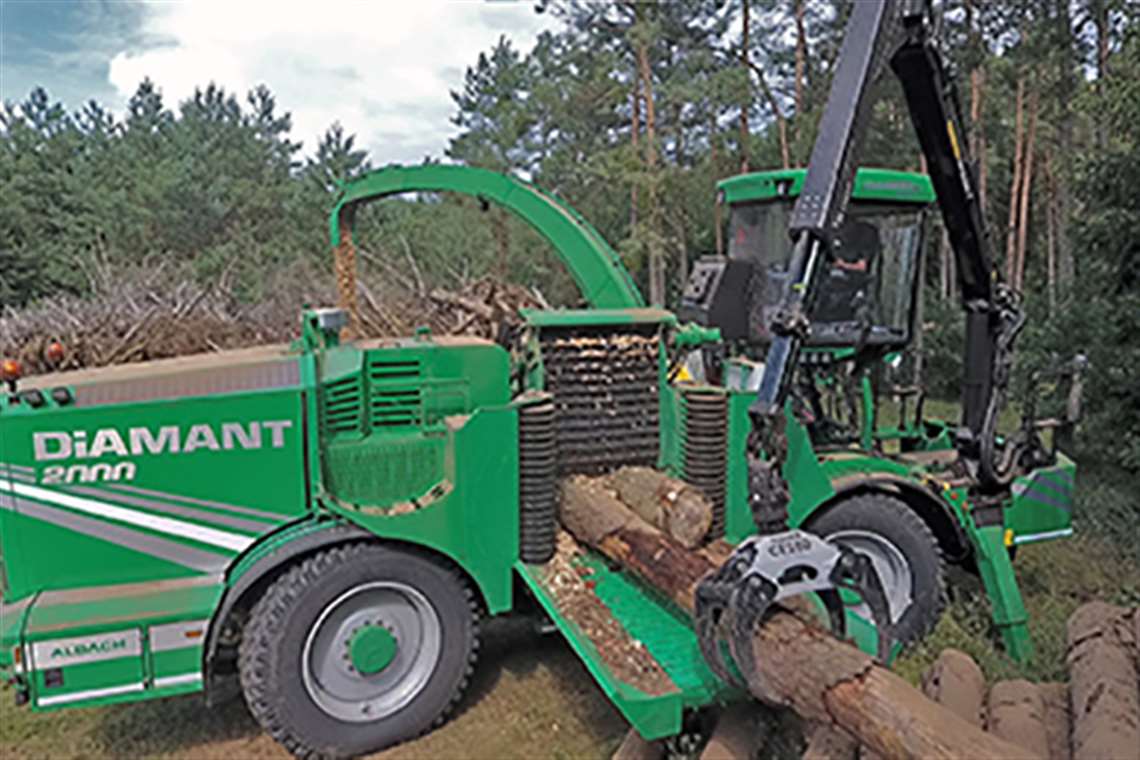 MAN Engines has been chosen by Albach Maschinenbau – a Germany-based manufacturer of self-propelled hacker machines – to supply its D4276 six-cylinder inline engine for the Diamant 2000 wood chipper that is being updated after having been in production since 2014.

The MAN D4276 LE122 that will be supplied for the chipper has a power output of 581 kW (790 hp) with 16.2 L displacement (142 mm bore and 170 mm stroke). The power pack weighs 1,280 kg and is the most powerful inline six-cylinder engine for agricultural machines that MAN Engines has ever developed.

MAN Engines said this engine also has the highest power density in its displacement class. A newly developed charging concept with fixed geometry charger enables to reach a maximum torque of 3,400 Nm between 1,350 and 1,600 r/min.

“With the D4276, we are offering OEM manufacturers an engine that is easy to integrate and will help set them and their machines apart from the competition, thanks to its unique performance characteristics,” said Reiner Rössner, head of Sales at MAN Engines.

Besides Albach, this engine has been chosen already by agricultural machinery manufacturers AGCO Fendt (for the Ideal 10 harvester) and Claas (for the Lexion 8900 harvester and Jaguar 970 forage harvester). The Austrian manufacturer Kahlbacher is also installing the engine to power snow cutter blowers for use at airports.