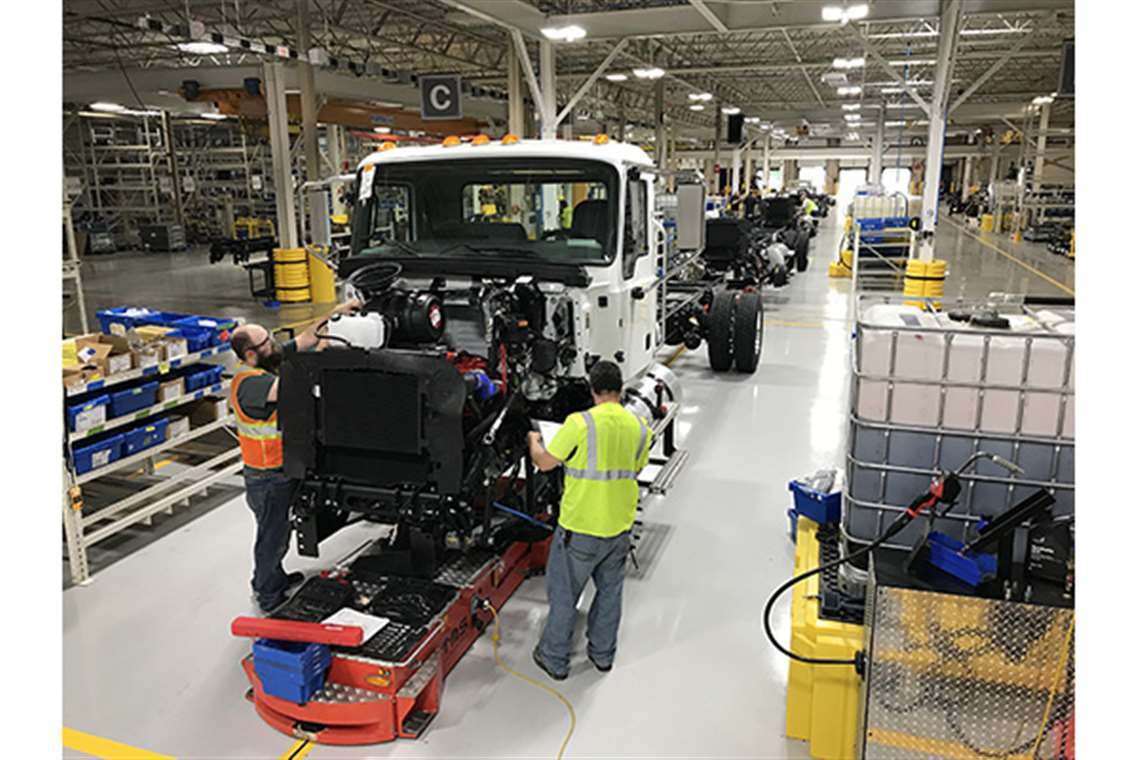 Mack announced in January it had invested $13 million to establish RVO to produce the Mack MD7, which offers a gross vehicle weight rating (GVWR) of 33,000 lb. and the Mack MD6, a Class 6 truck with a GVWR of 25,995 lb. Both models are exempt from the 12% Federal Excise Tax (FET), Mack said.

The new trucks target applications requiring dry van/refrigerated, stake/flatbed, dump and tank truck vocations. Available in 4×2 configurations, the MD6 and MD7 trucks offer a sharp wheel cut for enhanced maneuverability for urban settings, as well as a short bumper-to-back-of-cab (BBC) measurement of 103 in. Mack matched the look and styling of the Anthem, Mack’s highway model, as a basis for the grille and hood design found on the MD Series.