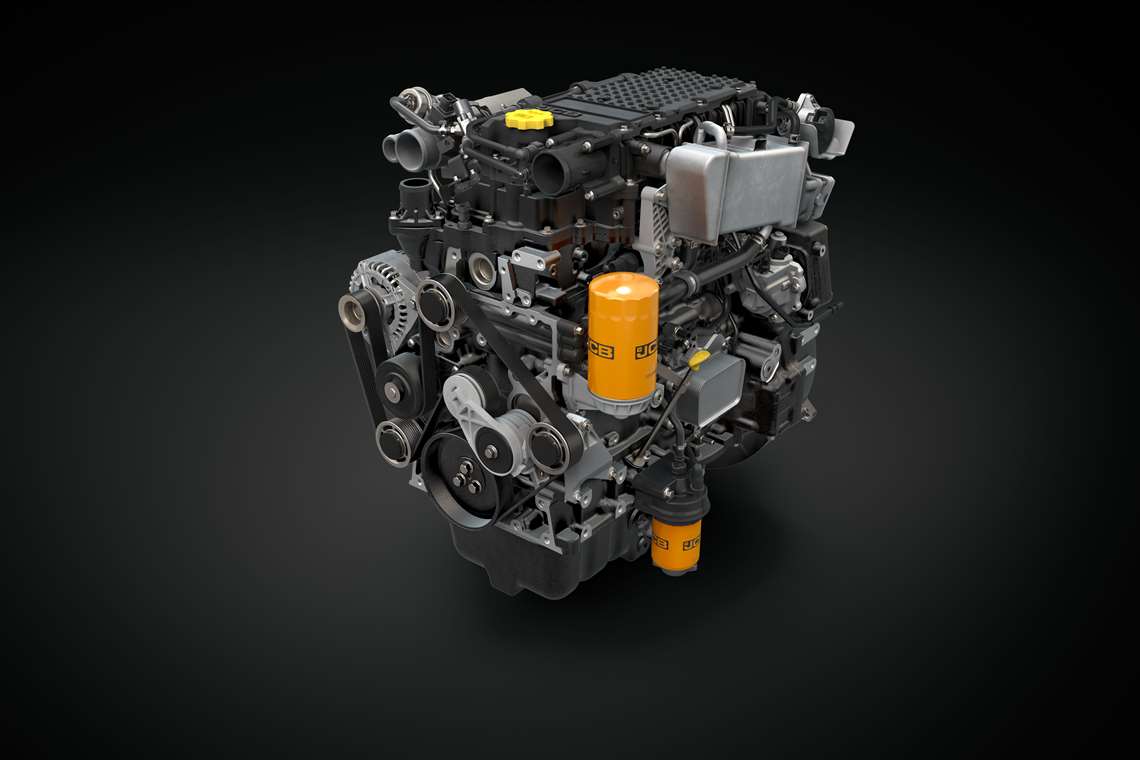 JCB Stage 5 engines have been designed to fit beneath existing engine canopies, so they will not require redesign of machinery to accommodate the additional hardware and will not negatively impact visibility from the cab, the company said.

JCB’s three litre Dieselmax engine is rated at 55 kW with a maximum torque of 440Nm. It powers JCB’s backhoe loaders, Loadall telescopic handlers and other mid-range machines. It features a compact after-treatment system comprising JCB’s particulate control technology and auto-stop which shuts down the engine after a period of idling to minimise fuel consumption, said JCB.

It features the compact after-treatment system comprising JCB’s particulate control technology with an SCR urea injection system for NOx reduction, and benefits from the adoption of a wastegate turbocharger and auto-stop technology that shuts down the engine after a period of idling to minimise fuel consumption. Pictured is a 3 L, Stage 5, JCB diesel engine.