Engine is suitable for use in a range of equipment including loadalls, excavators and backhoes

JCB has developed a hydrogen-fueled engine and also set up a specialist development team as the company believes the technology offers the quickest way to reach carbon dioxide emissions targets.

The team is based at the company’s engine factory at Foston, Derbyshire, where a re-engineered JCB 4.8 L engine is running on hydrogen. 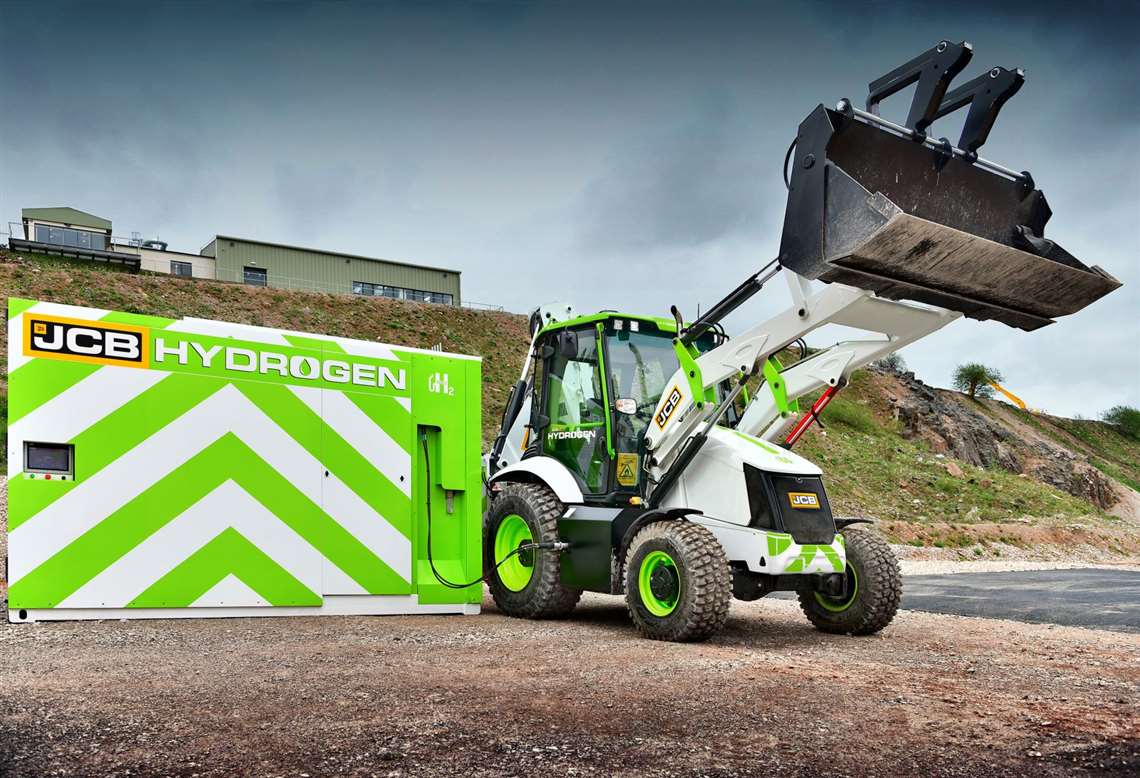 A JCB 4.8 L hydrogen engine, producing 70 kW, has been fitted into this JCB backhoe loader and is currently undergoing testing at a nearby proving ground in Staffordshire.

Another JCB 4.8 L hydrogen engine, producing 70 kW, has been fitted into a JCB backhoe loader and is currently undergoing testing at a nearby proving ground in Staffordshire.

The company believes that, ultimately, hydrogen engines could be used in a variety of its machines although it is understood that production of the engines would not be until the end of 2022 at the earliest.

It follows the writing into law of the UK’s Climate Change Act which set out emission reduction targets. It stated that the UK must achieve an 80% reduction of carbon dioxide emissions by 2050. This was amended in June 2019 to change the target from 80% to 100%, net zero, by 2050.

JCB chairman Lord Bamford told Diesel Progress: “We accept that the days of fossil fuels are numbered. However, we don’t believe that the only way to achieve zero carbon emissions is by the use of fuel-cells or batteries which are more costly and complex.

“We can use our existing, proven engine technology and existing supply base to ensure that internal combustion engines, powered by hydrogen, remain a key part of the drive to achieving zero carbon emissions.

The company said that there are several other advantages associated with hydrogen engines, including the fact that a hydrogen engine is approximately the same price as a diesel engine and that it can be implemented into traditional powertrains.

Also, there is no requirement for charging stations and, unlike electric and battery options, it does not require expensive electric motors, JCB added.

Tim Burnhope, JCB’s chief innovation and growth officer, said: “Whilst there is much discussion about the merits of using battery and fuel cell technology in machinery, we believe that the use of hydrogen internal combustion engines will provide the quickest way to reach the target of zero carbon dioxide emissions, especially from high use, high energy equipment such as larger excavators, backhoes and loadalls.”

Earlier this year JCB said it had developed the construction industry’s first ever hydrogen powered excavator.

The 20-tonne 220X excavator, powered by a hydrogen fuel cell, has been undergoing testing at JCB’s quarry proving grounds for more than a year.