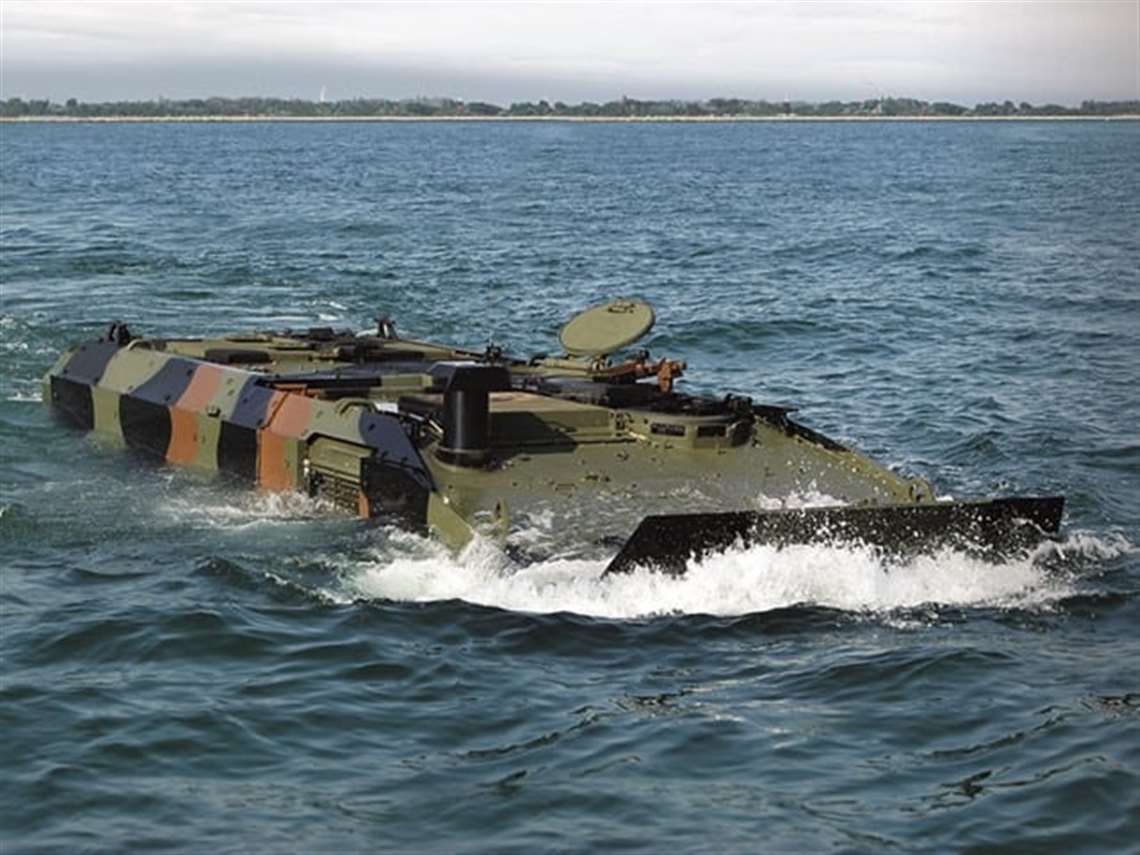 Iveco Defence Vehicles, a subsidiary of CNH Industrial, has been awarded a contract to deliver an amphibious platform to the US Marine Corps in partnership with BAE Systems. The initial award is for 30 vehicles, with options for a total of 204 vehicles.

Iveco Defence Vehicles will provide its 8×8 amphibious armored platform design, core components and services under a contract arrangement worth up to $400 million for the first four years, for the next generation of Amphibious Combat Vehicles (ACV) in support of BAE Systems in their contract with the US Marine Corps.

The ACV is an 8×8 open ocean-capable vehicle that is equipped with a new Iveco Cursor six-cylinder, 700 hp (515 kW) turbocharged and intercooled diesel engine, which develops 2213 lb. ft. (3000 Nm) of torque.  The engine drives an Allison 4800 SP transmission with seven forward and two reverse gears.  Iveco Defence said the package provides a significant power increase over the current Assault Amphibious Vehicle.

The vehicle has a suspended interior seat structure for 13 embarked Marines, blast-mitigating positions for a crew of three, and improved survivability and force protection. The team has conducted extensive risk mitigation testing and evaluation for water operations, land mobility and survivability that have proven the solution’s capabilities.

Iveco Defence Vehicles and BAE Systems teamed together in the very early phases of this program to offer a solution to the US Marines for their ACV requirement. As a result of this successful teaming relationship, the first 16 prototypes were delivered to the Marine Corps in 2017. Over the past 15 months, the companies supported the US Marine Corps’ Developmental Testing and Operational Assessment of these vehicles whose performance achieved superlative results for water operations, land operations, carry/payload, and protection, Iveco said.

“This award represents a milestone in the transformation of Iveco Defence Vehicles into a global player”, said Vincenzo Giannelli, president and CEO of Iveco Defence Vehicles. “Through our partnership with BAE Systems on this program, our know-how and technical excellence have been recognized and are placed at the service of the US Marine Corps. We now have the privilege of contributing to building the future of its amphibious combat vehicles.”