If youthfulness is an asset, then Saudi Arabian power rental company Energia is rich. The average age of its 250 employees is 36 and its CEO, Shahid Hassan, is just 32. He was 21 when he founded the business in 2011. 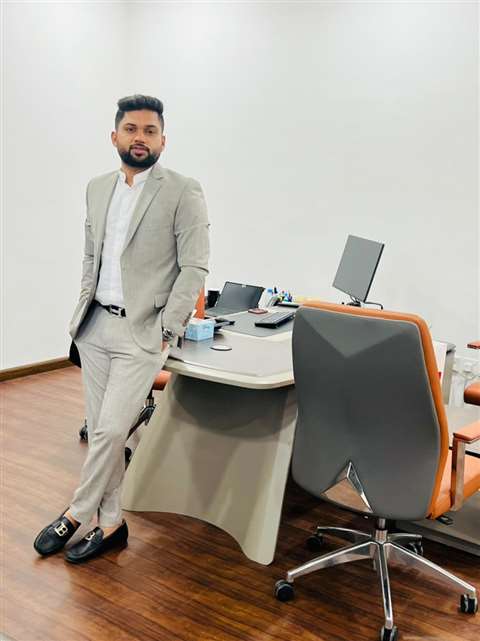 That initial lack of experience hasn’t been a hindrance. With the help of investment from family, he launched the company as a re-rental arrangement with a local rental company, renting out a number of its gensets on a revenue sharing model.

The step to independence came in 2017 and 2018 when it created its own rental fleet with the help of investment from NBK Capital Partners.

That deal saw Energia get new minority owners, refinance its existing debt at lower interest rates, and obtain funds to buy 175 gensets, adding 80-90 MW of power capacity to its current 350 MW fleet. There will be no dilution of ownership for Hassan and his co-owners. 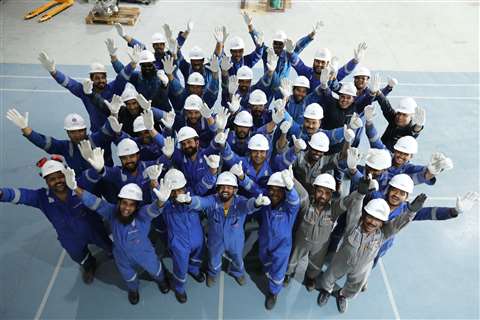 Energia’s 250 employees have an average age of less than 37. (Photo: Energia)

“The new investment has come at the right time”, Hassan tells IRN, speaking on a video call from India, “Saudi is on a full transformation project, and we wanted to add CapEx for the fleet.

“With this investment, we have exited our existing debt partners and got into a new supplier agreement [with Cummins] for 175 new gensets for our fleet. And at the same time, part of this investment is going towards developing a fleet of sustainable products.” The deal with Cummins follows a 2018 agreement with Atlas Copco.

Sustainable power
Although most of the new gensets that will enter the fleet will be conventional diesel units, the company is embarking on a big project to transform its power, lighting and welding equipment fleet into a greener, more sustainable offering. 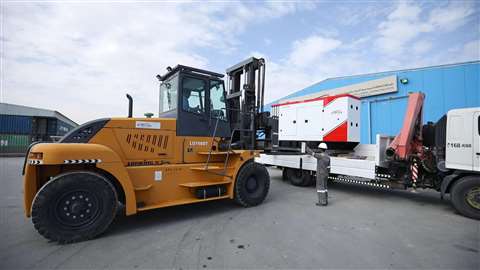 The logic for this is Saudi Arabia’s fast developing events sector. “We are getting into events, which is becoming huge in Saudi Arabia. In the last couple of years, we have seen a trend where Saudi is pumping a lot of investment towards the entertainment industry.” Think Formula 1, think the LIV golf tour.

“We see a lot of opportunity coming in”, says Hassan, “We have participated in the last two Formula One races hosted by Saudi Arabia, which were completely powered by Energia. They have been very particular about power consumption, how it has been generated. They are looking for 50 to 70% of the power to be sustainability. So, we are thinking of bringing in new solutions. “

He says is the company is talking to suppliers about solar tower lights, hydrogen fuel cell gensets and hybrid solutions. It will take delivery of around 150 solar power lighting towers from Generac and is discussing hydrogen fuel sets gensets with Cummin and Toyota, which has been a pioneer of fuel cell technology.

“We are moving towards sustainability, working on hybrid solutions, hydrogen fuel cells and gas engines”, he tells IRN.

Hybrid solutions, with conventional diesel gensets working alongside battery storage systems, are already established on the market, as Hassan points out, and he says the company hopes to have its plans finalised by the end of the year; “And by the early next year, we should have some solutions ready.”

Hassan says the will resist the temptation to diversify beyond power by adding other products such as earthmoving equipment or aerial platforms; “Initially we thought of doing all that equipment, but in the current market we want to be specialised in the energy sector itself. 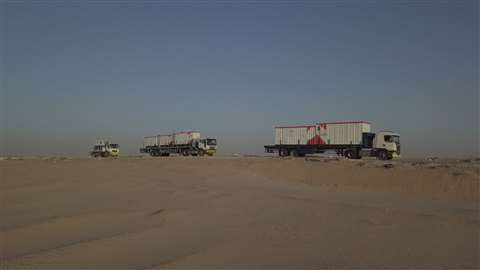 “We will add green energy products rather than adding others sort of equipment like excavators. We just want to be specialised in one particular sector, which is energy.”

A new headquarters
The company operates from three locations in Saudi Arabia, with its historic head office in Jubail and depots in Riyadh and Jeddah. However, the HQ will soon be shifting to Riyadh, “because Riyadh is the centre of everything in Saudi Arabia”, explains Hassan.

That relates also to where the Saudi government is and where investment decisions are made, particularly on the ambitious Vision 2030 programme, which includes major projects like the Red Sea Development and NEOM linear city.

“Saudi is going through a transformation, with so many projects coming up in remote locations where there is no power at all. Most of our assets are operating in these projects”, says Hassan, “Wherever the demand is, our fleet is fully occupied. We are running 97% utilisation.”

Energia’s Jubail facility, one of its three locations in Saudi Arabia. (Photo: Energia)

He says the country’s Crown Prince is pushing completion of the Vision 2030 projects; “the next eight years, they could be the golden days for Saudi Arabia.”

Energia may be focusing on supporting these Vision 20230 projects and on the growing events sector, but historically it has been strong in the utility sector and oil and gas. Recent contracts, for example, include The Saudi Electric Company National Grid Support Project and Saudi Aramco’s HUGRS Gas Refinery Critical Power Project.

Utility power projects account for around 100-120 MW of its 350 MW power fleet, and that sector also presents enormous possibilities.

Huge demand for utility power
“The demand within Saudi and outside Saudi is huge for that”, says Hassan, “We see a lot of potential coming into the business and we see that in the near future. There are multiple projects we are looking at.

“I think we should have in the next one or two years at least 200 MW of dedicated, turnkey power plants.”

In terms of the utility power market, he says the shift to sustainable power sources is still at an early stage in Saudi, in part because traditional fuels remain very cheap; “It is new to Saudi. They are exploring a lot of things, so we are on an exploration journey with them. I think with sustainable power, we can say that with the next two years there will be a good number of projects.”

While work in Saudi will present growth opportunities, moving into other Middle East markets and a wider shift to Africa and Asia are also on Hassan’s agenda, in part to sustain the rapid growth levels the company has experienced, and to reach its goal of doubling revenues within a few years.

“We are fully occupied in Saudi, where we are getting a lot of inquiries, but in near future we will definitely look at [expanding outside the country].

“We are looking at the next possible location in the United Arab Emirates (UAE), as it is a centrally positioned place where we can tap the African market and all the other markets. As of today, we are doing zero business outside Saudi Arabia.

“Energy has a lot of potential throughout these kinds of developing countries. We want to have a strong base in Saudi, and make sure that we tap the other markets as well.”

Target to double revenues
A move outside of Saudi Arabia may also require further investment or some kind of local partnership, says Hassan; “We are very ambitious. Our growth, year on year, is around 20-25%. Right now we are at revenues of SAR125 million (€34 million). This year we are targeting close to SAR150-175 million (€40-47 million).” 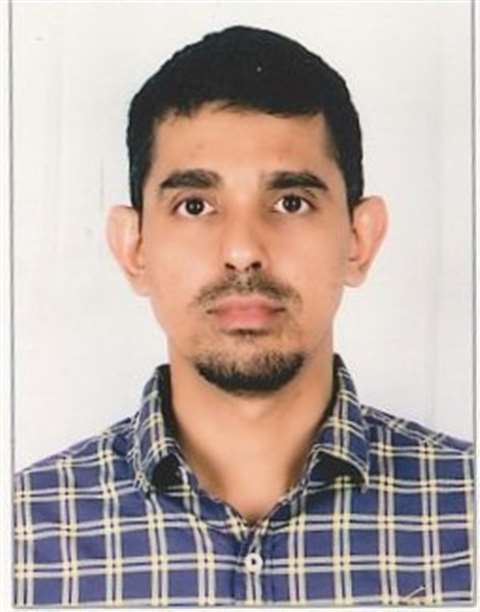 Hassan says the company - which has had Jeff Eisenberg as an advisor to the board since 2017 - is aiming to double its revenues within the next couple of years, meaning annual sales of around SAR300 million (€80 million); “These revenues will be achieved when we have expanded into new territories.”

He says Energia is a “developing company, run by a young team”. He’s right about that, although one that now has the benefits of 11 years of experience. 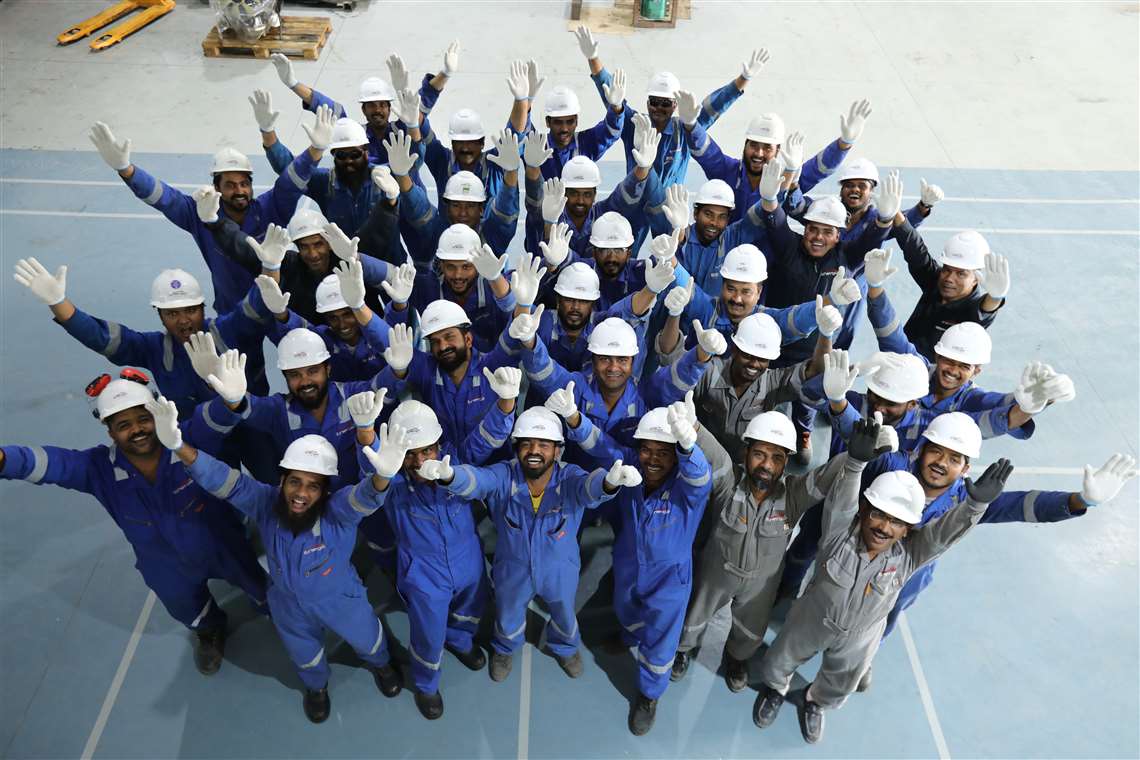 Energia's 250 employees have an average age of less than 37. (Photo: Energia) 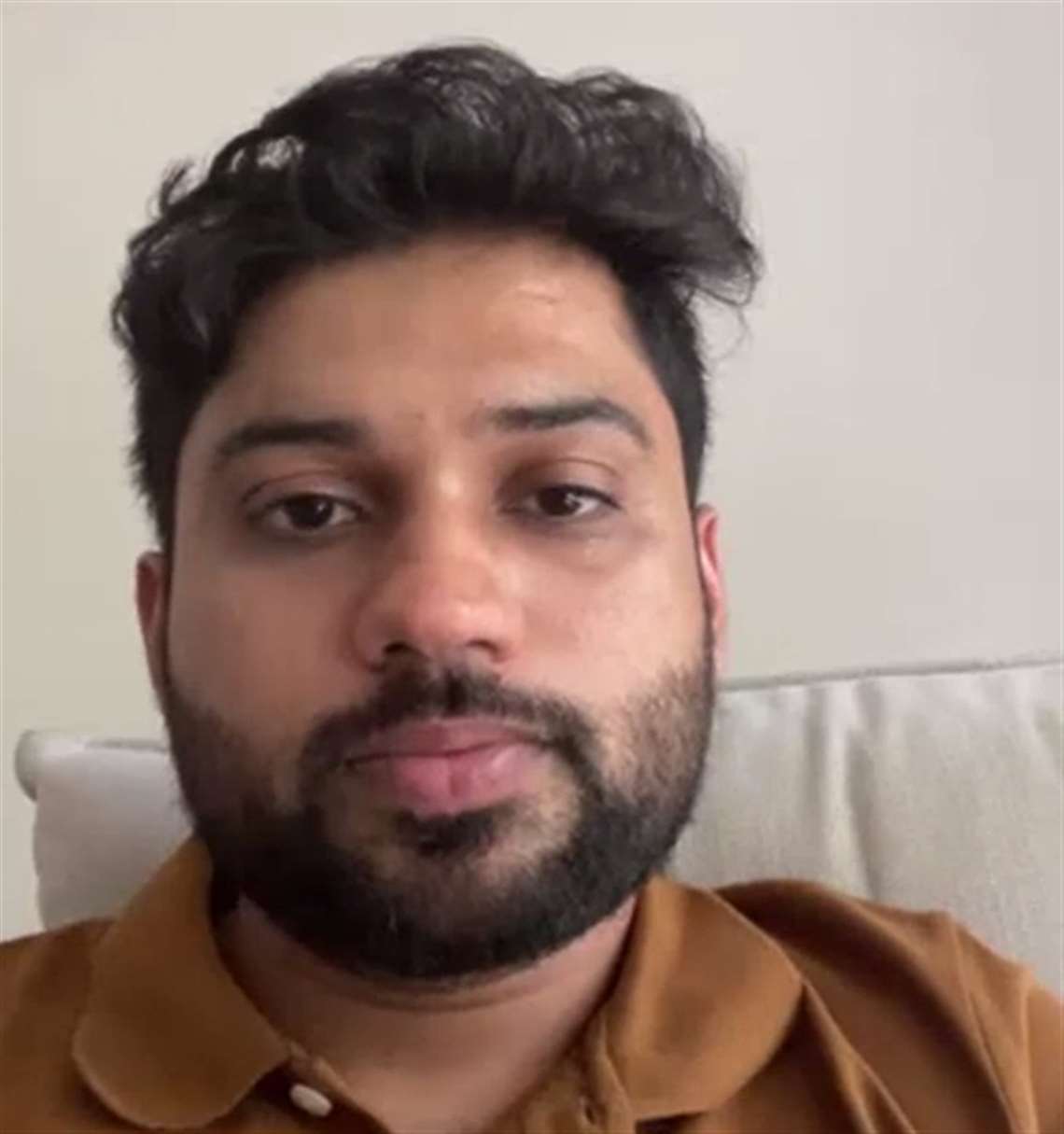 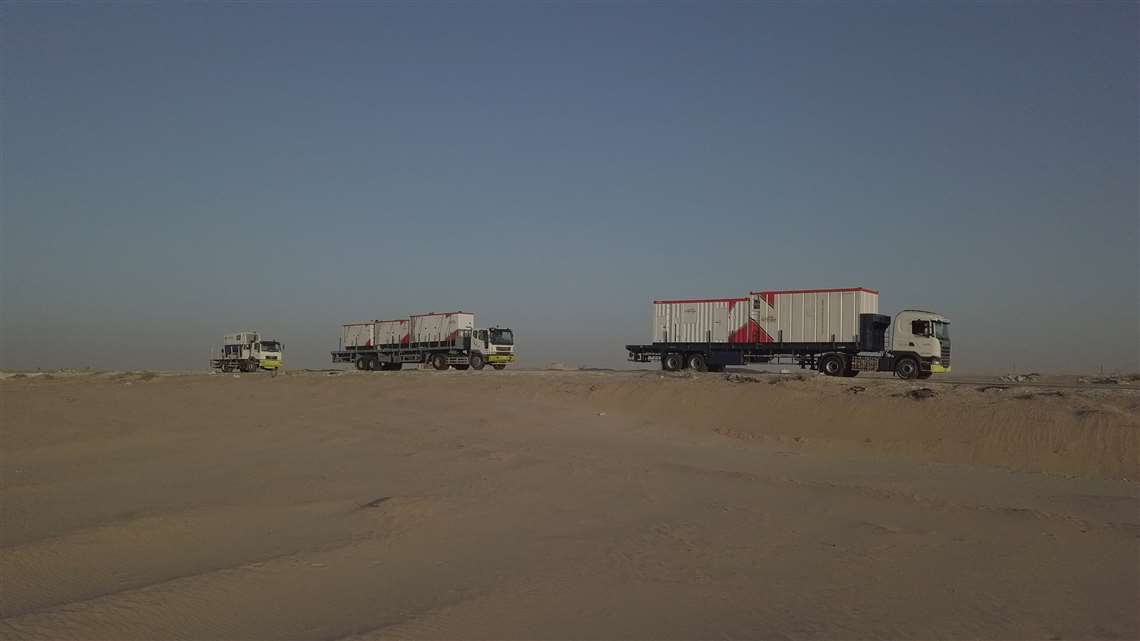 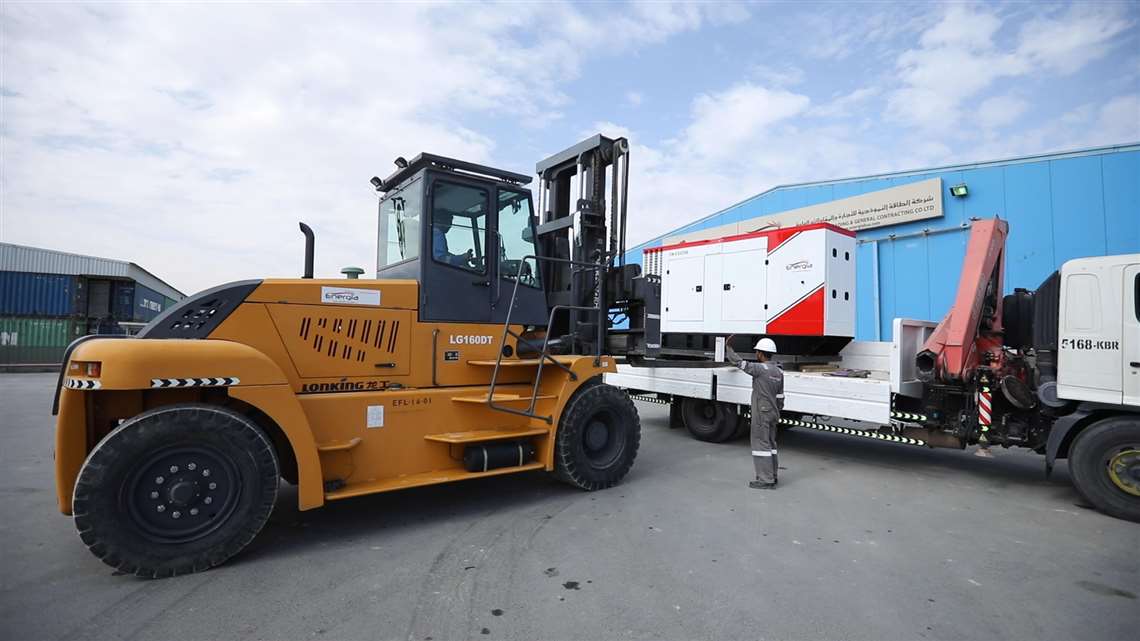 Energia's Jubail facility, one of its three locations in Saudi Arabia. (Photo: Energia)
Previous Next ×