Innovative uses of horsepower: Floating to the rescue with Neoteric’s hovercraft 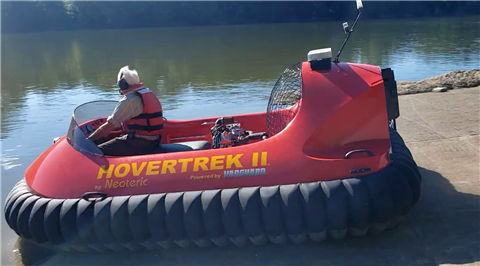 Piloted by Neoteric President and CEO Chris Fitzgerald, the Hovertrek II, powered by a 40-hp Briggs & Stratton Vanguard Big Block engine, heads for the water on a cushion of air. (Photo: Neoteric)

Each year in the U.S., nearly 8000 people drown after falling through the ice on frozen lakes, ponds, rivers and streams. Rescuing someone from that predicament often involves ladders, poles and ropes, and it’s often a chancy proposition in which would-be rescuers can end up needing to be rescued.

But an Indiana company has developed a solution to ice and other difficult rescue scenarios. Neoteric Hovercraft is a 62-year-old company founded in Australia that moved to Terre Haute, Ind., in 1976. It manufactures a range of small hovercraft for rescue, recreational, commercial and military applications.

Most recently, the company launched a two-person hovercraft targeting primarily rescue and recovery operations that is powered by a Briggs & Stratton Vanguard V-twin marine gasoline engine.

“When we originally started manufacturing hovercraft in the U.S., we were using Volkswagen flat-four engines,” said Chris Fitzgerald, president, CEO and one of the co-founders of the company. “They were very heavy, and we gradually went away from them because of the weight.

“Hovercraft are flying machines, and the only thing you can put in a hovercraft that doesn’t weigh anything is nothing. Everything you put in there, you’ve got to lift. So, weight is always a concern.”

After VW, the company has mostly utilized two-cycle aircraft engines imported from Hirth in Germany. “We went to the two-cycle because of the high power-to-weight ratio,” Fitzgerald said. “But we decided to revisit the concept of using a four-cycle engine because of the cost and the environmental aspects – a four-cycle is not as polluting as a two-cycle.”

What ultimately brought the Vanguard marine engine onboard was the extensive Briggs & Stratton support network. “There are customers that need the technical support that companies like Briggs can provide,” Fitzgerald said. “Hirth is a smaller company and doesn’t really have the kind of technical service network Briggs has. Those were some of the advantages we were looking for in using this engine.” 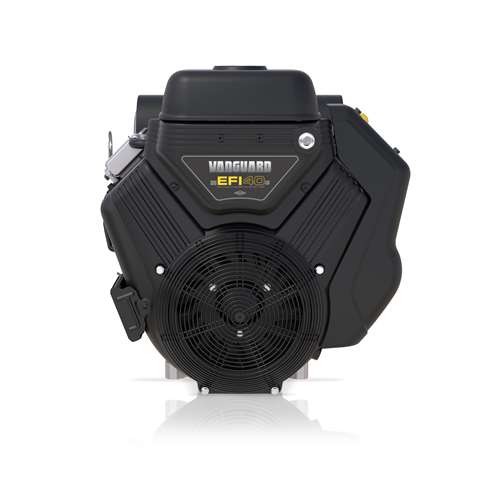 The Vanguard Big Block engine used in the Hovertrek II is rated 40 hp.

The engine drives a Wingfan 28-in. (711-mm) diameter, nine-blade 45-degree axial fan through a transmission system that incorporates a centrifugal clutch that connects to the fan shaft through a Gates PolyChain carbon fiber belt. The system delivers a fan speed of 2840 rpm.

“You can’t drive the fan directly because typically the fan has to run slower than the engine,” Fitzgerald said. “You’ve got to do some sort of reduction, and gearboxes are heavy and add cost. So, most of the time, we use a belt transmission.

“And there are some advantages to decoupling the engine from the fan because otherwise you’re going to use the engine starter to drive the whole transmission, which is a lot of load at startup.”

The fan provides the airflow to both inflate the hovercraft skirt and ensure vertical lift, as well as directional thrust.

“This is what’s called an integrated hovercraft, where one fan does both the thrust and lift,” said Fitzgerald. “Typically, one-third of the total air volume – or one-third of the horsepower – goes into the lift system. That’s just using a simple splitter in the thrust duct. It splits off one-third of the airflow, and that airflow is constantly going underneath the craft.”

While most of Neoteric’s hovercraft incorporate thrust-reversing buckets to aid in braking and maneuvering, as the smallest and most basic machine in the Neoteric lineup, the Hovertrek II relies on a cascade of rudder blades to steer and change direction. 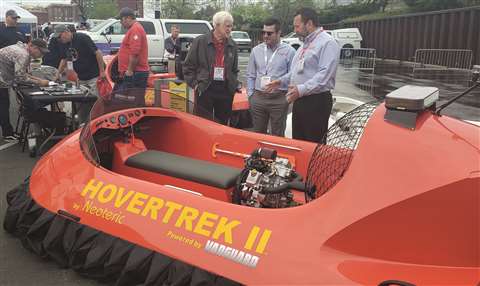 Neoteric Hovercraft President and CEO Chris Fitzgerald (center) explains how the Hovertrek II can be used for rescue and recovery duties.

“But without reverse thrust the craft is still very useful because if you consider a typical rescue scenario, especially over ice, ice doesn’t require very much thrust as there is little resistance to forward motion, allowing this craft to perform really well on ice. To stop, the craft can be pirouetted 180 degrees and full thrust applied for braking.”

The craft, which is steered through a handlebar assembly, is designed for two people and a 5-gal. fuel tank provides approximately 90 minutes of operation.

“A fire or police department can use this as an entry-level machine,” Fitzgerald said. “Two firefighters can go out and do a rescue. If they’re wearing floatation suits, one of the rescuers enters the water and helps the victim into the craft. Then, the other firefighter hovers the victim back to shore and then goes back and recovers his or her partner.”

Beyond rescue, the Hovertrek II can be used for a range of other applications, Fitzgerald said.

“The applications are as broad as you can imagine,” he said. “It can be used for duck hunting, policing, cruising and exploring shallow rivers, for industrial jobs like patrolling around on a sewage pond or a reclamation site, or if you’re building a barrier island, the craft can be used to transport surveyors across dredging infill. It can be used for seismographic work or searching out unexploded ordnance or anything of that nature where the hovercraft is operating in very shallow water or no water and presents a low footprint pressure, 33 times less than a human foot exerts on the ground. That’s where it finds its use.

“It’s a very practical, inexpensive, entry-level machine that can be used to save lives, provide pleasurable experiences and to perform industrial tasks that no other vehicle can achieve.” 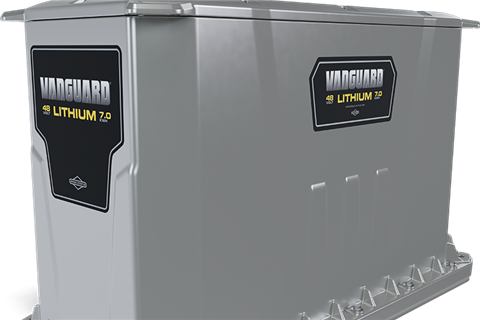 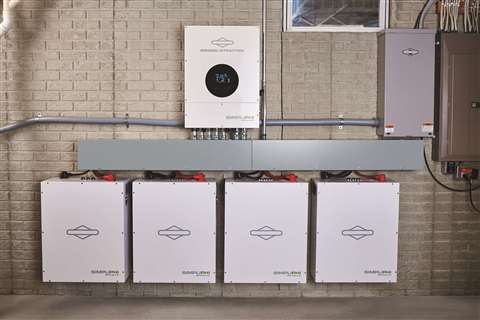 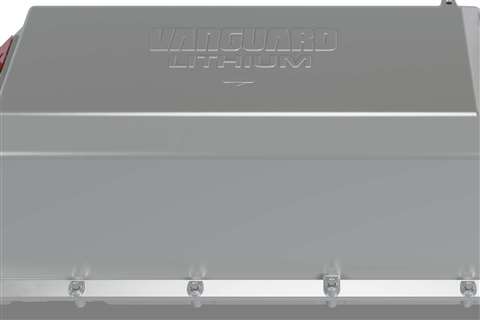