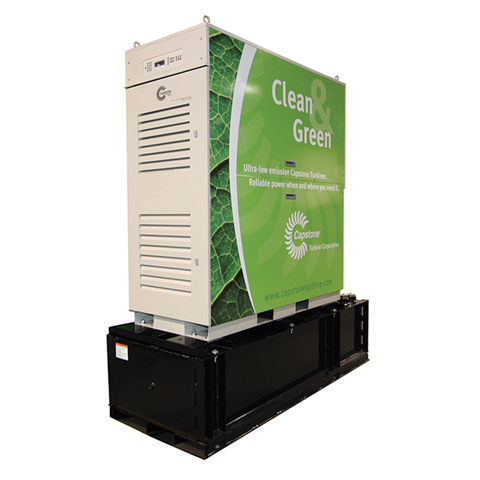 Capstone Green Energy said it will supply a pair of C65 microturbines designed to operate on a natural gas/hydrogen blend, to an Austrian metals company later this year.

This will be the first hydrogen-fueled microturbine system in Europe, Capstone said. The system will initially run on 10% hydrogen blended with natural gas, with the amount of hydrogen expected to increase as Capstone approves higher blend levels in the future.

Capstone Green Energy said it is continuing to expand and develop its new Hydrogen Solutions business line. The company recently released its first commercially available hydrogen-based CHP product, which can safely run on a 10% hydrogen/90% natural gas mix, and the company is targeting a commercial release of 30% hydrogen/70% natural gas mix product by March 31, 2022, the end of Capstone’s current fiscal year.

The system to be provided to Innovametall Stahl- und Metallbau, which will provide onsite power to a powder coating production facility in Freistadt, will be designed in a hybrid configuration in which solar panels installed on the roof of the Innovametall industrial hall will provide renewable electricity. The excess electricity not required for production will be used to generate hydrogen, which will be used to fuel the microturbines. From there, the exhaust from the turbines will be captured and used in the facility’s powder coating furnace.

In addition to the microturbine system, which is expected to be commissioned in October, Innovametall has purchased a 10-year Factory Protection Plan, which fixes maintenance costs and provides both planned and unplanned repairs, among other benefits for the duration of the contract.

“This is an important project, particularly as the Austrian government has instituted ambitious plans to integrate hydrogen into its climate and energy strategy,” said Leopold Berger, head of Energy Systems at Wels Strom. “We aim to demonstrate, not just the successful application of renewable hydrogen as a fuel, but also the high efficiency and reliability benefits of this type of a CHP system.”