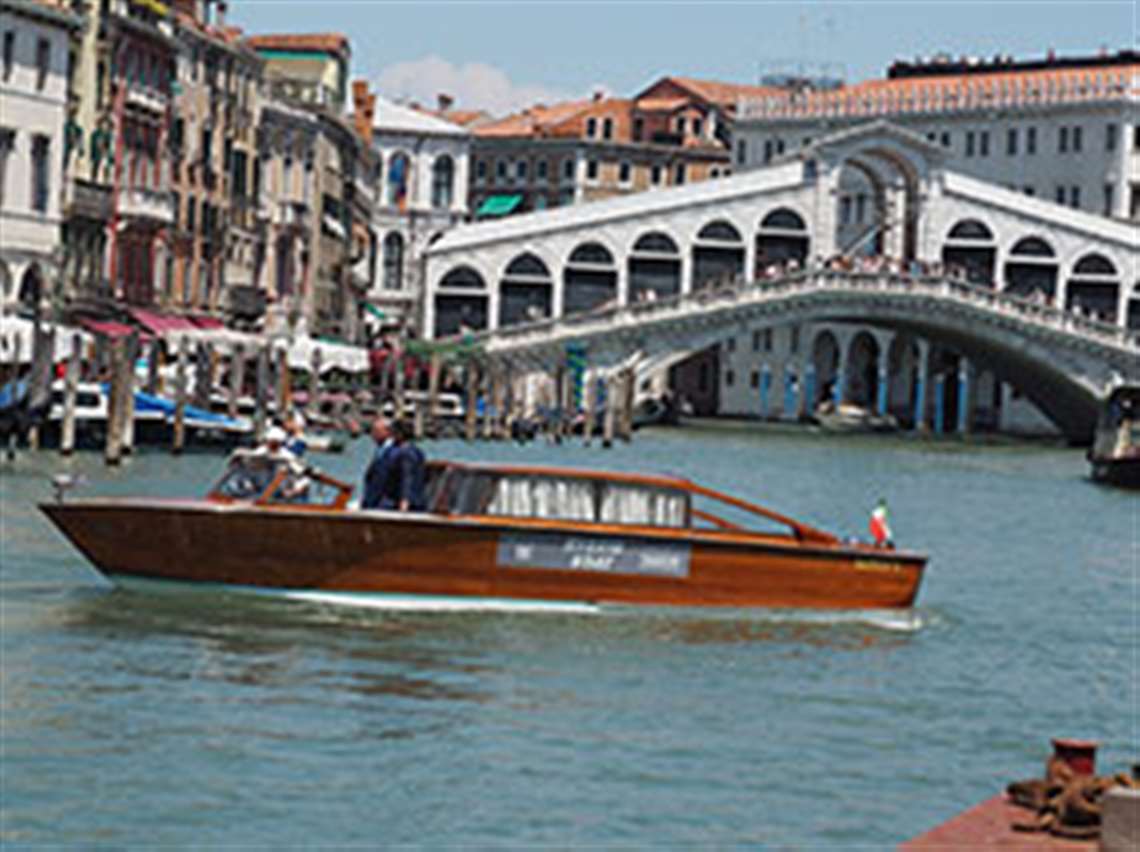 The first hybrid taxi boat for the Venice’s municipality mounts a propulsion system by Transfluid in cooperation with Bimotor, master dealer for FPT Industrial’s engines.

The propulsion system is composed by a Transfluid HM560-12 hybrid package with permanent magnet electric motor with 12 kW power output and a battery bank with about 10 kWh capacity. The system is coupled with an internal combustion engine by FPT Industrial type S30 230 E, supplied by Bimotor.

The taxi boat, which will become part of the fleet of Venice’s mayor, will contribute to the city’s strategy to sustainability, a topic which is particularly pressing in the Venice lagoon. The capability to propel boats through the city’s narrowest canals with no noise and reduced wave formation is considered as a major plus.

The FPT Industrial S30 230 E diesel engine delivers up to 170 kW at 4000 r/min and complies with the latest exhaust emissions regulations, thanks to an electronically-controlled common rail injection system by Bosch and intercooled turbocharger (with sea-water cooling). The engine features also a filtration and recycling system for the few blow-by gases which allows to reduce the lubricating oil consumption and eliminates even the few residual exhaust emissions.

The S30 230 E diesel engine is coupled to Transfluid’s hybrid system and can be mounted on new builds as well as on existing vessels for retrofit/repowering projects.

The hybrid module sits between internal combustion engine and transmission, with the hydraulic motor installed in parallel to the axis of the propulsion shaft. Transfluid said, the necessary installation space is very limited and standard SAE couplings are used.

The electric motor is supplied with power from a high-efficiency lithium (LiFePO4) battery pack. The boat’s autonomy can be further increased with an on-board generator working as range-extender, which will be capable of charging the batteries even during pure electric cruising.

All components in the hybrid system are designed and manufactured by Transfluid which has already successfully installed these system in various European countries both on working boats and in pleasure vessels. The range of Transfluid hybrid systems has recently obtained DNV-GL Type approval.