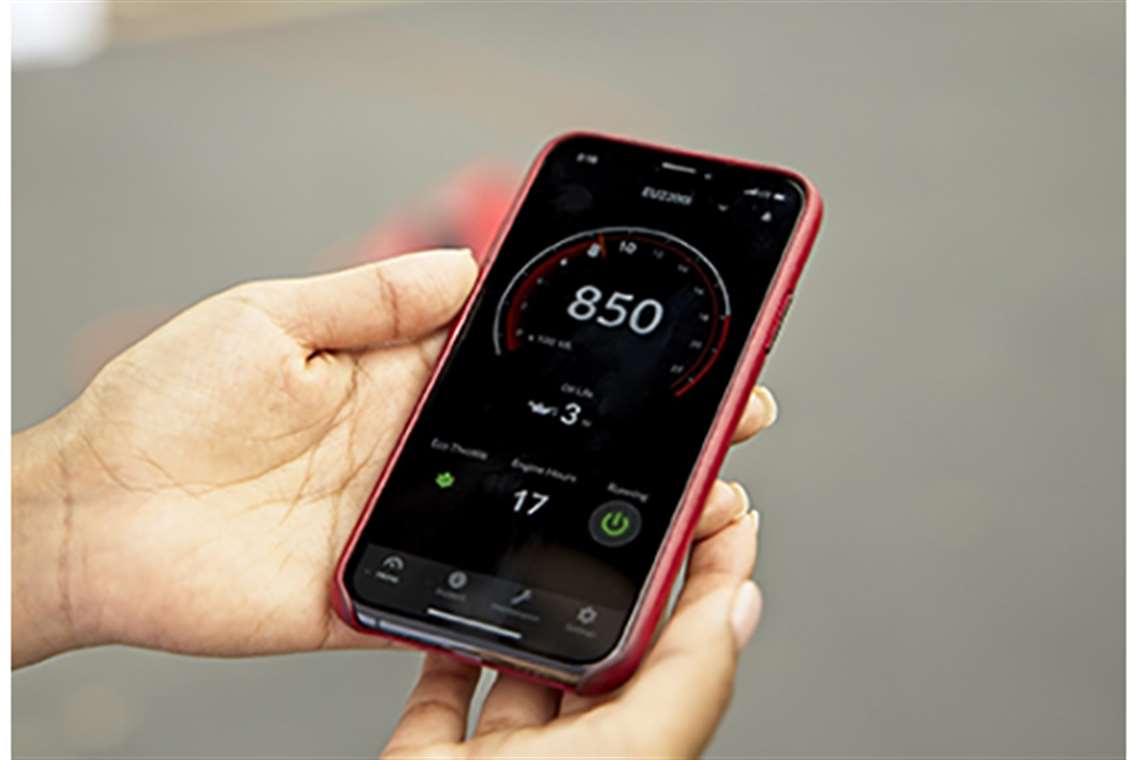 Honda Power Equipment, a business unit of American Honda Motor Co., Inc., has launched a new app designed to make using its portable generators easier and more convenient. The Honda My Generator Bluetooth App allows a user to start (electric start models only), stop, and monitor critical operations of a portable Honda generator remotely from a compatible Apple device or Android smartphone through a Bluetooth interface.

Honda Power Equipment said it is launching the new app during the exceptionally active 2020 hurricane season, a time when many consumers are preparing their homes and families against powerful tropical storms. The app operates within a 75 ft. line of sight, allowing the user to start and stop the generator, monitor a range of information — such as output power, engine operating hours, oil life, estimated run times based on power usage — as well as receive warnings and routine maintenance reminders.

“The Honda My Generator Bluetooth® App combines remote generator operation and monitoring with impressive performance, unmatched convenience, and a host of other benefits designed to deliver maximum remote freedom and control to the user,” said Will Walton, vice president of Honda Power Equipment. “Our Honda My Generator Bluetooth App puts valuable information in the palm of the hand of the consumer and provides an exceptional user experience. Whether someone is depending on a generator at home during a storm or enjoying an adventure at a remote campsite, this new Honda technology offers enhanced ease of use and flexible operation.”

Honda Power Equipment will roll out the Honda My Generator Bluetooth App on selected generator models throughout 2020, starting in September with four models—the EU2200i and EU2200i Companion Super Quiet Series inverter generators and the Deluxe Series EM5000 and EM6500 units. The app will be available on the EU7000iS and the EU2200i Camo models later this fall, the company said.