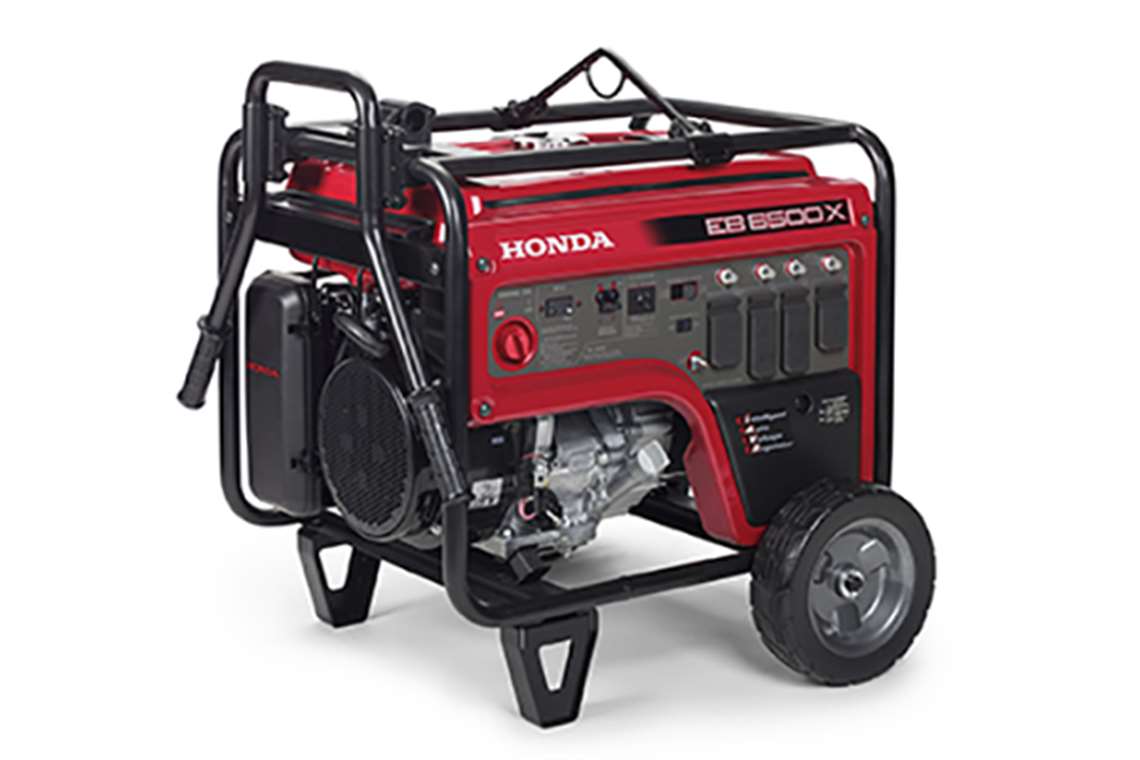 Honda Power Equipment, a business unit of American Honda Motor Co., Inc., is continuing the rollout of its CO-Minder carbon monoxide detection technology across its full line of portable generators.

The company is adding three models — the EG2800i Economy Series unit, along with the EB2800i and EB6500 Industrial Series models — to the lineup of CO-Minder equipped gen-sets it launched last month. By the end of this year, all Honda portable generators will incorporate the CO-Minder technology, the company said.

The Honda CO-Minder system is designed to continuously measure carbon monoxide levels in the air near the generator and automatically shuts down the unit before detected CO reaches a dangerous level. The technology incorporates a fast-reacting sensor that continuously monitors for carbon monoxide near the generator and if the sensor detects a CO level at or exceeding 800 ppm at a given time, or an average of 400 ppm for 10 minutes (per Portable Generators Manufacturers’ Association [PGMA] G300-2018 standards), it triggers the generator to shut down automatically.

“The Honda CO-Minder carbon monoxide detection system exemplifies our corporate commitment to providing industry-leading products and safety features, and we proudly embrace our position as the industry’s first manufacturer committed to installing our advanced CO detection devices on 100% of our portable generators for commercial, residential and recreational applications,” said Will Walton, vice president of Honda Power Equipment.

Honda Power Equipment began the rollout of its CO-Minder technology on existing generator models in July with four models—the EU1000i and EU3000iS Super Quiet Series inverter generators for work, home, and recreational applications; the Economy Series EG4000 open-frame unit for home backup and workplace power; and the EB10000 Industrial Series generator, what the company refers to as its flagship model.

The newest CO-Minder generators include:

● The Honda EG2800i, an open-frame inverter (OFI) generator targeted primarily toward consumer applications. Powered by a Honda GC190 gasoline engine, the EG2800i has a dry weight of less than 68 lb. and comes equipped with a 30 amp/120 V receptacle for easy connection to a home transfer switch. It is rated 2.8 kW with a waveform distortion factor of less than 5%, Honda said. It is also is equipped with Eco Throttle that allows the generator to conserve fuel by varying engine speed to the optimum level based on load. A 2.1 gal. gas tank provides 5.2 hours of operation per tankful at rated load or 11.9 (E10) hours at a quarter load.

● The Honda EB2800i OFI, also driven by a GC190 engine, is designed for light construction applications and delivers 2.8 kW also with a waveform distortion factor of less than 5%, Honda said. It also complies with current OSHA regulations while ensuring safe operation with ground fault circuit interrupter (GFCI) protected receptacles, the company said. With a dry weight of less than 68 lb., it is light enough for one person to load and unload from a truck, operate and carry around the jobsite, Honda said.

● The Honda EB6500 generator provides 6.5 kW (120/240 V) of backup power and is powered by a Honda iGX390 commercial grade overhead valve (OHV) engine and supported by a heavy-duty frame. It incorporates Honda’s iAVR power system that realizes a 50% reduction in voltage fluctuation over current AVR systems, the company said. For up to 10 seconds, the Honda iAVR system allows for increased wattage above the maximum rating to start high-amp load applications.

The EB6500 offers a run time of up to 9.8 [E10] hours at 50% load) and a special muffler results in sound levels of 64 dB(A) at 50% load and 67 dB(A) at rated load, Honda said. It is equipped with a two-wheel kit and lift hook and is OSHA worksite compliant, meeting job site emission and safety requirements, Honda said. The unit also includes GFCI technology, offering GFCI 20-amp duplex receptacles that protect users from electrical shock by shutting down the circuit when current is flowing along an unintended path, or ground fault.

No Override Or Tampering

Honda said the CO-Minder system is not intended to be overridden or tampered with, and the sensors are designed to work even if they are accidentally blocked. The sensors, are both moisture and dust resistant, and match the design running temperatures of Honda generators, allowing for use anywhere in the U.S.