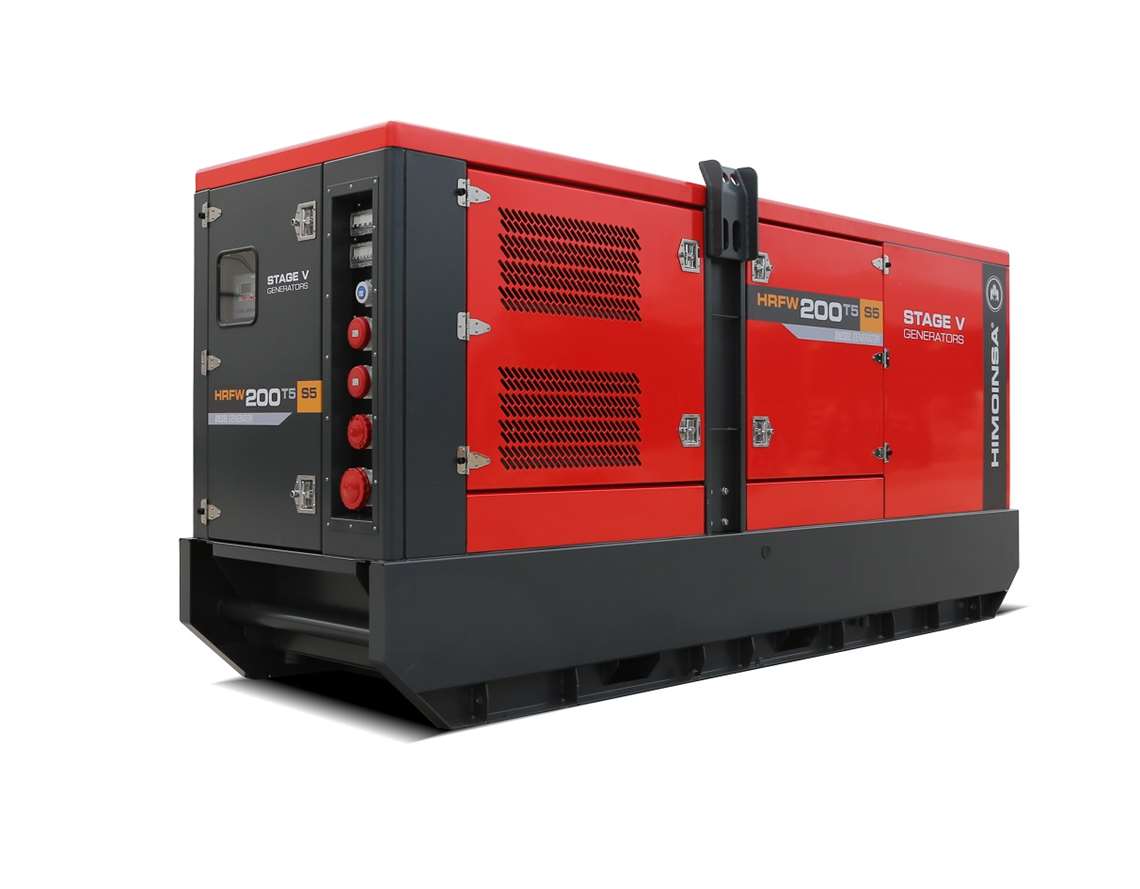 Covering a power range from 9 to 550 KVA, Himoinsa has introduced designed generator sets with Yanmar, FPT and Scania engines that include a new aftertreatment system to guarantee an emissions reduction that is in compliance with EU Regulation 2016/1628 for non-road mobile machinery (NRMM).

the S5 range are compact generator sets that integrate all emission reduction systems and AdBlue’s tank within the canopy. The new range incorporates a heavy-duty chassis whose pull skid has been reinforced and also includes protections at the accesses for forklift. The drip tray is designed to withstand 100% of the engine liquids.

New doors have been designed whose upper face is angled at 20 degrees. This prevents water filtration and oxidation points caused by an accumulation of stagnant water. The canopies of the S5 generator sets retain the rest of the components that have been added to the other ranges to withstand heavy rains and snowfall.

Himoinsa has incorporated a new layer in the process it follows to paint and protect metal parts. This involves a zinc-rich primer prior to the final finish that gives the canopy more than 1,500 hours of resistance to salt spray testing in accordance with ISO 12944, which classifies the protection used by Himoinsa as C5 High. As they are made in stainless steel, all the door locks and hinges of this new range are more resistant.

In order to reduce noise emissions, S5 generator sets incorporate a special rock wool insulation whose thickness in certain areas has been increased from 50 mm to 100 mm. Components of different densities and characteristics are used at the air inlets to reduce noise in a broad spectrum of frequencies. The location and layout of the air inlets have also been optimized to mitigate noise.

In parallel, Himoinsa has made the fuel tanks of their S5 generator sets the same size as the AdBlue tank to match their fuel and urea running time, thereby reducing running tasks and costs. The HRFW 200 S5 model that is being presented at Bauma, incorporates a fuel tank with a capacity of 600L with a running time of 14 hours. The consumption of urea in an S5 genset is roughly 10% of the fuel consumption.

To facilitate access for maintenance purposes, the S5 Range incorporates: