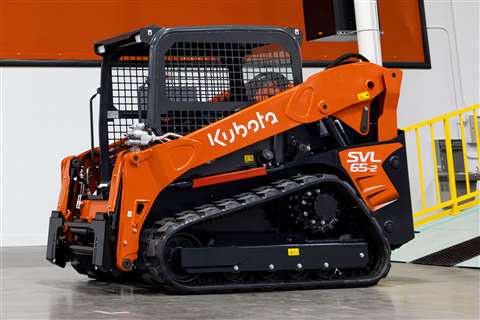 Kubota subsidiary Great Plains Mfg. Inc., in partnership with Kubota Corp., announced the grand opening of a new construction equipment facility in Salina, Kan. The facility will help support demand for Kubota construction equipment in the U.S., starting with production of the Kubota SVL65 compact track loaders, which were formerly manufactured in Japan.

First announced in 2020, the new facility is part of a $53 million expansion that included the renovation of an existing 750000 sq. ft. facility recently vacated by a major employer in the community. Its grand opening marks a major step in the growth toward becoming a U.S. manufacturing hub for Kubota construction equipment, with investments totaling more than $178 million planned through 2024, noted Linda Salem, president and CEO of Great Plains Mfg.

Phase I of the project, including mass production of the Kubota SVL65, was completed earlier this year. The Phase II expansion will be a $124 million investment that includes the installation of an automotive-grade eco-paint system with two paint lines; expanded welding, assembly and fabrication areas; and construction of a building addition that will increase production capacity. Phase II is expected to be up and running by mid-2024, adding about 200 more jobs to the area. The facility is expected to eventually employ more than 900 in future. 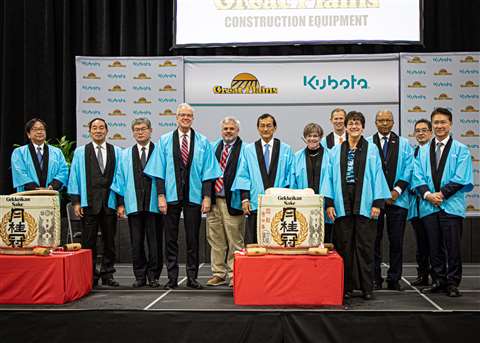 The CE Facility grand opening was commemorated with a tour of the new facility and a sake barrel ceremony – a Japanese tradition, similar to a ribbon cutting. (Photo: Great Plains Mfg.)

As the project nears completion, other types of Kubota construction equipment will be produced at the facility.

The facility’s grand opening was commemorated with a tour of the facility and a sake barrel ceremony – a Japanese tradition, similar to a ribbon cutting, that symbolizes opening to harmony and good fortune. Executives from Kubota Corp. in Japan attended the grand opening, including Yuichi Kitao, president and representative director of Kubota Corp. Local and state government officials in attendance were City of Salina Mayor Dr. Trent W. Davis, Lieutenant Governor and Secretary of Commerce David Toland, U.S. Senator Jerry Moran, and Kansas State Governor Laura Kelly. 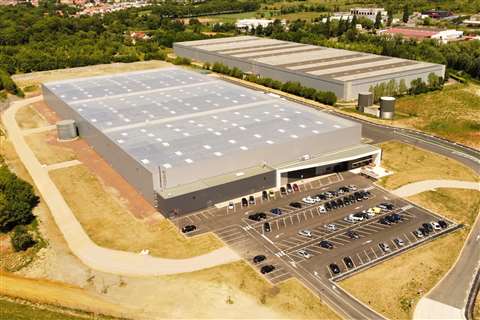