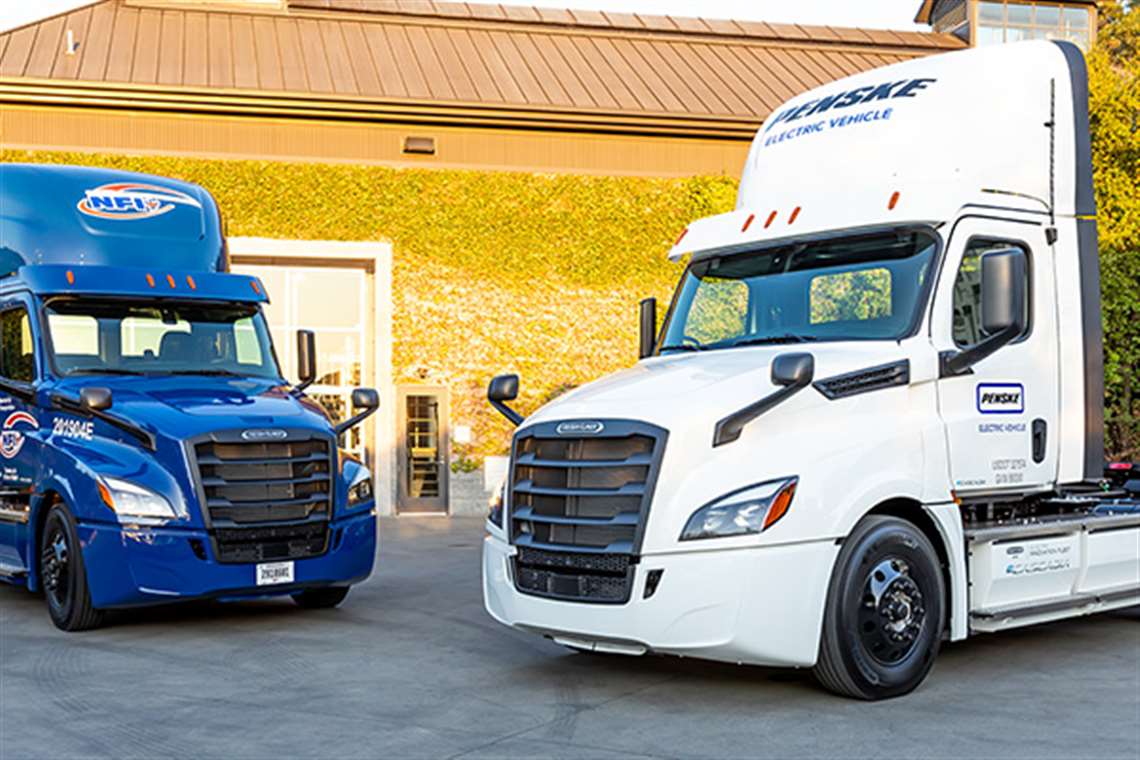 Freightliner announced that its Innovation Fleet has accumulated more than 300,000 miles in real-world use by customers. The Innovation Fleet is a 30-vehicle fleet of battery electric medium- and heavy-duty trucks testing integration of the technology into large-scale commercial transportation operations.

“Co-creation with our customers is a cornerstone of Freightliner’s unique approach to the market,” said Richard Howard, senior vice president, On-highway sales and marketing for DTNA. “The knowledge and expertise our logistics customers have in fleet operations with their thousands of trucks is invaluable as we design and engineer the zero emissions future of the commercial vehicle.

”Crossing the threshold of 300,000 miles of testing, then one million miles, then more – together – before we begin series production of battery electric trucks will ensure we deliver the performance and reliability our customers count on and which has made Freightliner the undisputed leader in commercial trucks.”

The Freightliner Innovation Fleet is supported by the South Coast Air Quality Management District (South Coast AQMD) which focuses on improving air quality in the South Coast Basin of Southern California and partially funded the project. The fleet includes 10 eM2s and 20 eCascadias testing in a variety of applications, including drayage, regional and local delivery, food distribution, and parcel delivery. The 300,000 local emissions-free miles logged by the fleet represent the equivalent mileage to complete:

· 5660 one-way trips between the Ports of Long Beach and Los Angeles to the warehousing centers of California’s Inland Empire.

· 41 trips to travel to all 10 DTNA parts distribution centers located in North America.

In an industry whose product development cycles typically extend seven years, Freightliner said it has an ambitious timeline for bringing commercial battery electric products to market. It unveiled its concept eCascadia and eM2 vehicles in June of 2018, when it also established its global E-Mobility Group to consolidate electric vehicle research and development. At the same time, it announced the Innovation Fleet comprised of 10 eM2s and 20 eCascadias and named Penske Truck Leasing (Penske) and NFI as partners for deployment.

In December of 2018, it delivered the first eM2 to Penske and in April of the following year, DTNA announced electric vehicle manufacturing will include assembly at Portland Truck Manufacturing Plant in Portland, Ore.

In August of 2019, the first eCascadias were delivered to Penske and NFI. Then in March of this year, Freightliner announced the Customer Experience Fleet and its plans to add six eCascadias and two eM2s to a pre-series testing fleet for rotational use by 14 customers.