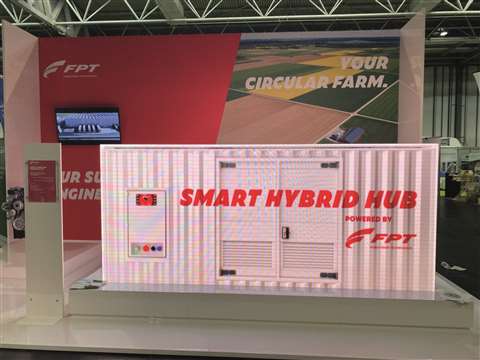 The Smart Hybrid Hub is composed of FPT’s F28 gas engine and a 37-kWh battery pack. The variable-speed engine allows operation to be calibrated according to the actual load. (Photo: FPT Industrial)

The Smart Hybrid Hub powered by FPT Industrial is a completely new project for environmentally friendly power generation. The unit is composed of FPT’s F28 gas engine and a 37-kWh battery pack. FPT Industrial took charge of overall development of the Smart Hybrid Hub and the project was led by the Innovation Team located in the company’s R&D center in Arbon, Switzerland.

What is unique about this gen-set? Andrea Ercolino, head of Power Generation Product Marketing at FPT Industrial, provides a look: “First of all, the gen-set features the new FPT F28 variable-speed gas engine. This variable-speed engine allows us to calibrate the engine according to the actual load and have it operate within its best efficiency point. Furthermore, the load profile in power generation is never flat. Instead of over-dimensioning the internal combustion engine to cover peak loads and have it run at very low efficiency with low loads, we can increase the engine speed and add the batteries to help cover these peaks, or use the batteries with no engine running when loads are really low.

“Second, the unit is powered by the F28 engine in its gas-fueled version utilizing biomethane that can be produced from the anaerobic digestion of agricultural waste and cattle slurry or from capturing its fugitive methane. So, the net CO2 emissions balance is zero.” 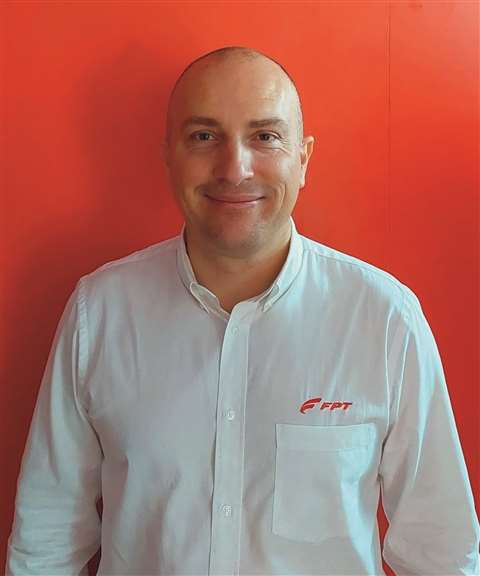 Ercolino explained that the 37-kWh battery pack is a high-voltage system (capable of working from 350 V to 700 V) produced in collaboration with Potenza and Microvast. “This is the same battery pack that will be integrated in the new e-Daily van by Iveco. The batteries are going to be produced in the new battery plant in Turin, Italy, that [was] officially inaugurated mid-October 2022.

“The use of a high-voltage battery pack derived from on-road applications has the advantage of reducing currents inside the system and allowing for an easier integration in a power generation unit that has to be housed under a canopy or within a container,” said Ercolino. He added that FPT Industrial’s roadmap on batteries involves the development of other battery pack sizes in the future.

As for the system control unit, the hardware is supplied by Woodward, including the gas engine control unit. However, the algorithm that is the basis of the Hybrid Control Management system was developed by FPT Industrial’s Innovation Team and is based on an attentive study of the engine’s load curves for the best integration with the energy storage system, especially in terms of charge and discharge cycle strategy.

The power output of the hybrid unit is up to 55 kWe, obtained by the combination of variable-speed engine and battery pack.

Although the modes are selected automatically for the best efficiency, the operator can also force them – for example, by switching to full electric when a zero-emissions requirement arises.

According to evaluations by FPT Industrial, the generator has improved fuel efficiency up to 20% and offers 2.5 times longer oil change intervals compared to a constant-speed diesel generator.

The Smart Hybrid Hub was developed in partnership with UK-based startup Bennamann, in which FPT Industrial holds a minority interest. Bennamann is a specialist in fugitive methane capture and is developing a zero net carbon system for energy independent farms that includes fugitive methane capture process, storage and distribution. In this system, the hybrid gen-set unit is the last ring in the chain of biomethane production on farms using the fuel being obtained from Bennamann’s system.

The biomethane being produced by the system can be used to power a gen-set like the Smart Hybrid Hub and guarantee the farm’s independence from the electricity network, or it can be used to power vehicles used on the farm itself. Examples of this use are the New Holland T6.180 Methane Power tractors, already on the market, and the prototype TK Methane Power crawler tractor.

The Smart Hybrid Hub gen-set is currently under test in the Chynoweth Farm in Cornwall, UK, Bennamann’s hub for R&D and testing. 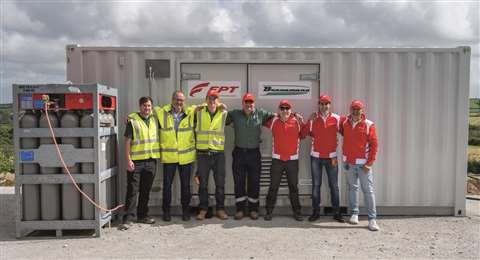 “The gen-set is undergoing an initial commissioning and test phase,” said Ercolino. “Tests will focus on efficiency and fuel consumption as well as on functionality of the different operating modes. This phase will also be used by Bennamann’s technicians to familiarize with the system and to understand the best solutions for fuel supply.”

The fuel can be supplied either locally, in the case of a farm producing its own biomethane, or by using gas container racks. The fuel delivery is different from that for vehicle use and meets the needs of industrial generators, which work with lower pressures (around 0.5 bar/7.3 psi) for safety reasons.

The Smart Hybrid Hub will remain in Chynoweth for a few weeks, but the ultimate goal is for these gen-sets to operate in other independent farms using Bennamann’s technology to produce their own biomethane. “The first such locations will be in Trenance, Cornwall, but we have others lined up already. The scope is to test the gen-set in different load profiles and running modes,” said Ercolino.

In Trenance, the aim will be to render the farm energy independent thanks to a Bennamann biomethane production plant, but the goal is also to propose FPT Industrial smart power-gen solutions to the global markets. 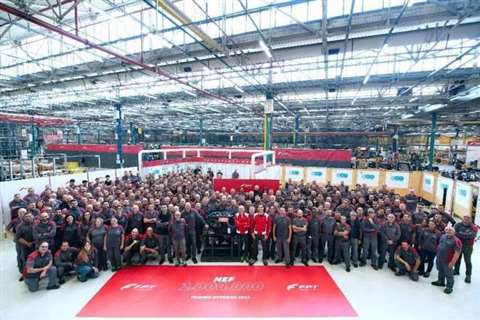 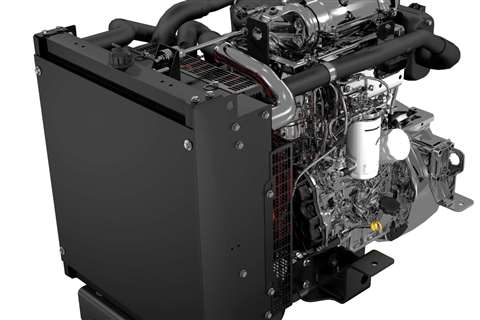 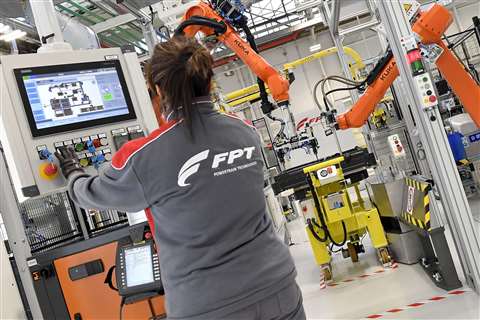