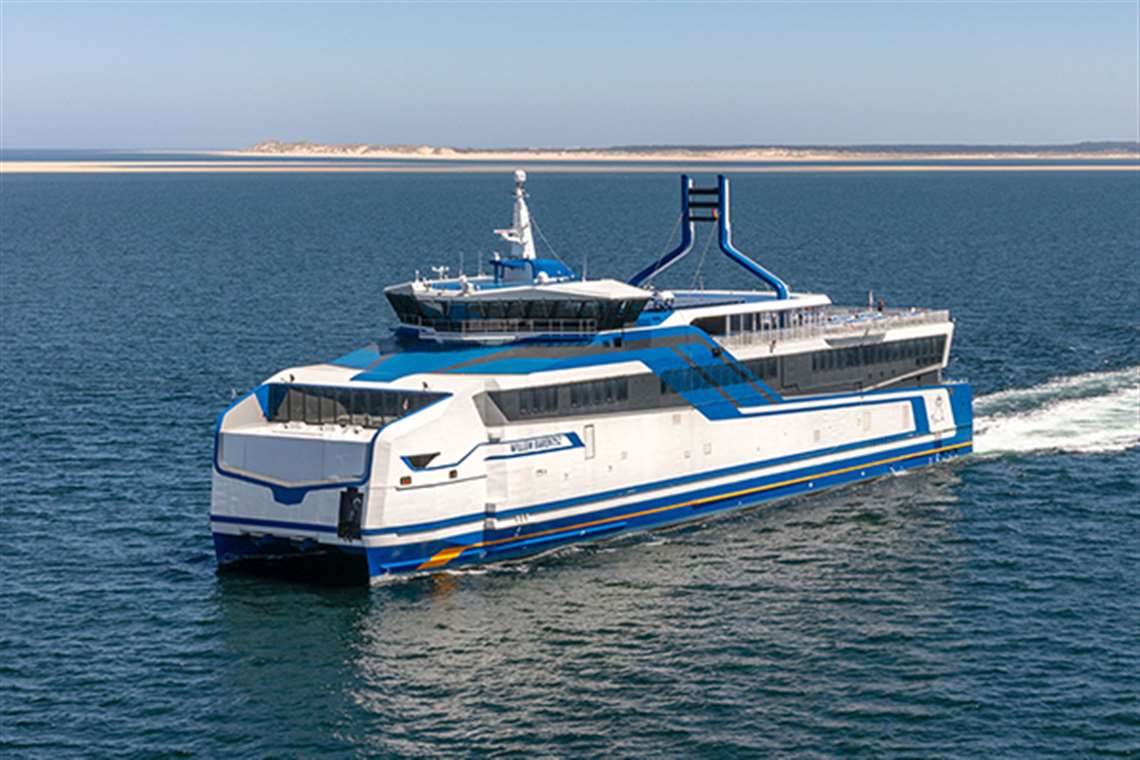 The two Series 4000 gas units will deliver 1,492 kW each to the Willem Barentz, the first of two new 70-m ferries by Doeksen.

A pair of 746-kW, eight-cylinder versions of the gas engine were supplied to the City of Constance public utility in Germany at the end of 2019 for the new Lake Constance ferry, which is planned to be commissioned during the upcoming winter.

“We’re very proud that the Doeksen shipping company has chosen our new gas engines for eco-friendly operation of their ferries on the Wadden Sea, which is recognized as worthy of special environmental protection,” said Knut Müller, head of marine and governmental business at Rolls-Royce Power Systems. “Joining forces with them as our partner, we will be focusing our efforts on driving the energy turnaround.”

Melles added that Rolls-Royce has developed the very first single-fuel gas engine that can drive a fixed propeller directly and is therefore capable of dynamic acceleration. In fact the two Series 4000 high-speed diesels directly drive the Azimuth fixed propellers and will enable the ferries to reach cruising speeds of 14 knots.

The gas engines are equipped with multipoint fuel injection, dynamic engine control and enhanced turbocharging. Multipoint fuel injection caters for dynamic acceleration capabilities, high power output and reduced emissions. By controlling the combustion process, it also offers the advantage of higher fuel efficiency. Since the gas system has double walls, the engine room can still be laid out more or less as for diesel-based propulsion.

Rolls-Royce reported that emissions from these gas engines fall considerably below the current IMO 3 limits without the need for exhaust aftertreatment – with particle mass, for example, lying under the detection threshold. Furthermore, the engine emits no sulfur oxides and only very small quantities of nitrogen oxide.
According to Rolls-Royce, the new gas engine is particularly suitable for tugboats, ferries, cargo vessels and special vessels such as research ships.

The new Series 4000 gas engine is part of Rolls-Royce’s Green and High-Tech program agenda, where the company is investing in the environment-friendly solutions of the future that will enable lower pollutant emissions and lower consumption of energy and raw materials. In these programs, Rolls-Royce is placing the emphasis on efficiency enhancement, alternative fuels, electrification, digitalization and system integration with the ultimate aim of being able to supply complete drive, propulsion, and energy supply solutions.