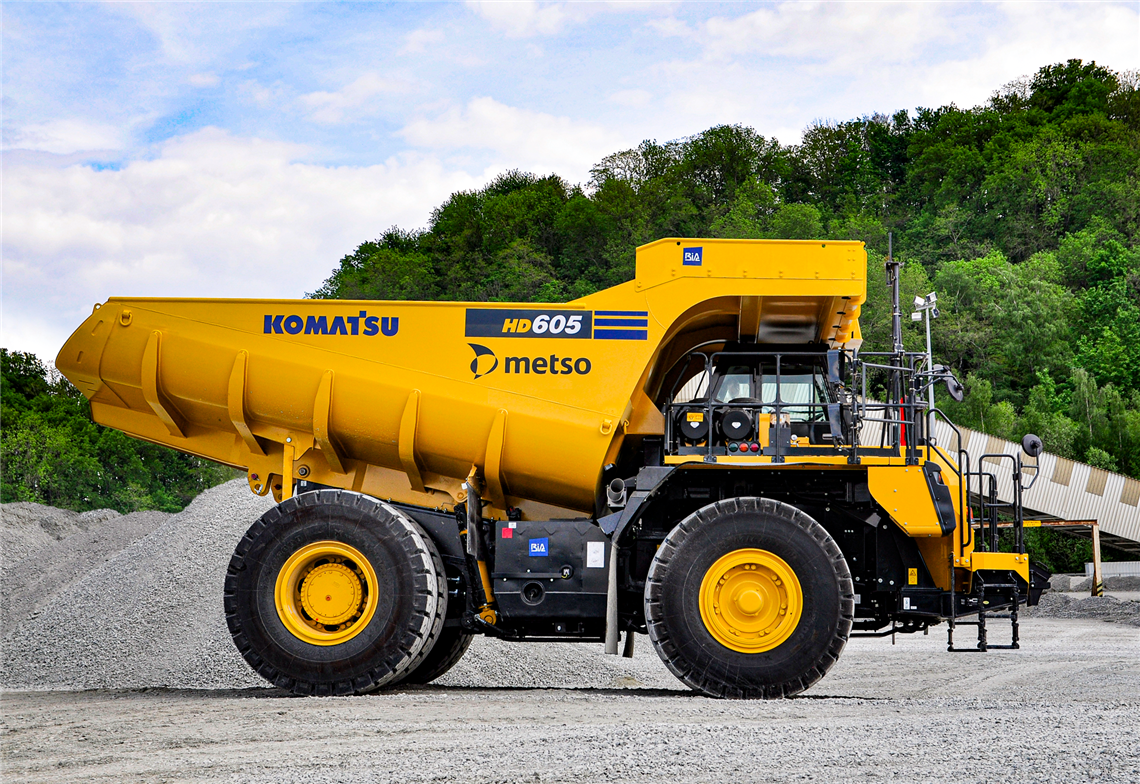 One year after the launch of the Metso Truck Body at the Bauma 2019 trade show in Germany, the first two Komatsu HD605-8 dump trucks equipped with the new bodies have been delivered to a porphyry quarry in Brabant Wallon, Belgium, by Metso distributor BIA Group. These are the first Metso bodies placed into operation in central Europe, said the company.

The abrasive rock handled by the quarry had a significant impact on the previous conventional truck boxes. On a traditional box, the maximum payload is limited by the high weight of the lining and the box itself. Metso said its design differs from a standard box by its lighter, but resistant, rounded shaped design in ultra high-strength steel combined with the Trellex rubber lining. This makes it possible to obtain a 20% to 30% lighter body without sacrificing rigidity, said the company.

The Metso Truck Body designed for the HD605-8 truck weighs 6 tonnes less than a standard version fitted with a steel liner. This weight reduction translates into a 10% additional payload. Likewise, during empty bucket journeys, the dumper will consume less fuel simply because it is lighter. In addition, due to its rounded shape, said Metso, less carry-back remains in the body, avoiding transporting unnecessary weight.