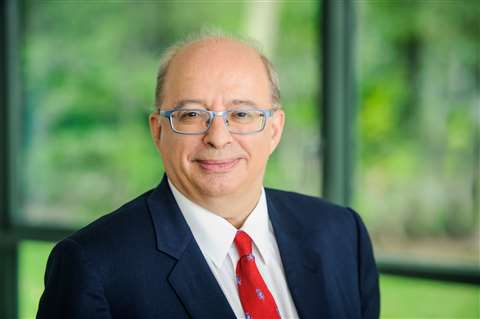 Hella has announced that its Shareholder Committee has appointed Michel Favre and Yves Andres as new members of the management board of Hella GmbH & Co. KGaA. Favre, currently executive vice president, group chief financial officer at Faurecia, will take over as Hella chief executive officer on July 1.

He will succeed Dr. Rolf Breidenbach, who will terminate his management contract by mutual agreement on June 30 but will continue to support the de facto Faurecia/Hella group in an advisory capacity.

After a transition period, the company said Andres will take over responsibility for the Lighting Business Group from Dr. Frank Huber, who will then leave the company by mutual agreement.

A native of France, Favre has been EVP Group CFO at Faurecia since 2013. Prior to that, he spent 13 years at automotive supplier Valeo, where he held various specialist and management positions, including leading the lighting business there.

“It is a great honor for me to succeed Rolf Breidenbach as chief executive officer,” Andres said. “Together with my colleagues from the management board, we will consistently continue our strategic path and further expand Hella’s position along the major growth areas of electromobility, autonomous driving as well as digitalization.”

Andres has been with Faurecia since 2007. Since 2021, he has been responsible for the Clean Mobility Business Group as member of Faurecia’s executive committee. Previously, he held various management positions at Faurecia in the areas of finance, manufacturing, sales and program management and general management in both Europe and the United States. A native of Switzerland and an industrial engineer, he began his career in 2005 at automotive supplier ZF.

“The fact that Hella is so well positioned today is largely due to the work performed and the successes of the previous management team,” said Carl-Peter Forster, chairman of the Hella Shareholder Committee “At the same time, I am pleased that, with Michel Favre and Yves Andres, we have been able to attract two highly experienced, international executives to the Hella management team to continue the company’s successful course.”

Faurecia bought an 80% stake in Hella earlier this year, a move that reportedly formed the seventh-largest automotive supplier in the world and one that it was said would allow the suppliers to pool their expertise in the area of original equipment and act jointly in the aftermarket.

While Hella offers original equipment expertise in the areas of lighting and electronics across a wide range of markets, Faurecia has a high level of competence in exhaust systems. One in four cars worldwide is reportedly equipped with an exhaust system from Faurecia.