No, this is not about alphabet. Faster ABC is the new concept: Always the Best Connections, by the Italian specialist in connectors and couplings.

Faster ABC was recently one of the winners of the Systems & Components Trophy by Agritechnica Digital, that recognizes the latest developments and innovations in the field of components for agricultural machinery and related sectors. 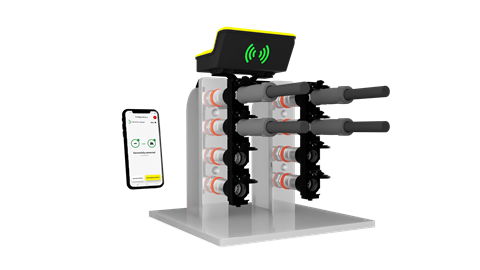 No mistakes: the Faster ABC App pairs the right hydraulic connectors between tractor and implement

Faster explained that the concept took shape after conducting a User Experience Field Research and interviewing many different players in the industry (end users, dealers, OEMs).

By the end of this research, Faster had a clear vision of the main issues every segment faces in its daily activities. For instance, one of the most significant risks of inefficiency on farms is linked to obtaining the best hydraulic connection between the fleet of tractors and that of the implements. Most tractors have rear hydraulic ports characterized by coloured indicators, but what about the implements? Implements are used in a single and specific season, then deposited in warehouses until the following season, and are the most subject to mistakes in using connectors to the tractor.

Despite the degree of innovation of agricultural machinery, the management of this risk is still carried out today with the most disparate workarounds: painted implement tubes, coloured clamps, stickers and so on.

The Faster ABC system solves the risk of non-optimized or incorrect connections, as it guides with the Faster ABC Smartphone App the final user to create a pairing between tractor and implement allowing the correct connection of each hose to the respective port, also saving the pairing for future use.

The Faster ABC module can be connected with the CAN bus line of the tractor, therefore any information from the implement (nominal working power, pressure, oil flow, coming from the unique ID of a radio frequency identification/RFID tag of the implement) can be used for tractor hydraulic power fine-tuning, and thus fuel-saving.

Finally, a green LED light will show the best connection port for each implement hose on the tractor side. The system also gives a confirmation of the correct and complete connection between male and female couplers, allowing to collect data, opening the future to preventive maintenance algorithm, that could possibly suggest when it is time to replace a coupler.

The Faster ABC App provides visual support during all the phases of pairing and connections: creation of tractor and implement fleets, a new configuration, guided connection phase, modification of a configuration, and it also shows warnings signs if something goes wrong.

Faster said that the concept is being well received by many OEMs who’ve already showed interest in this solution.