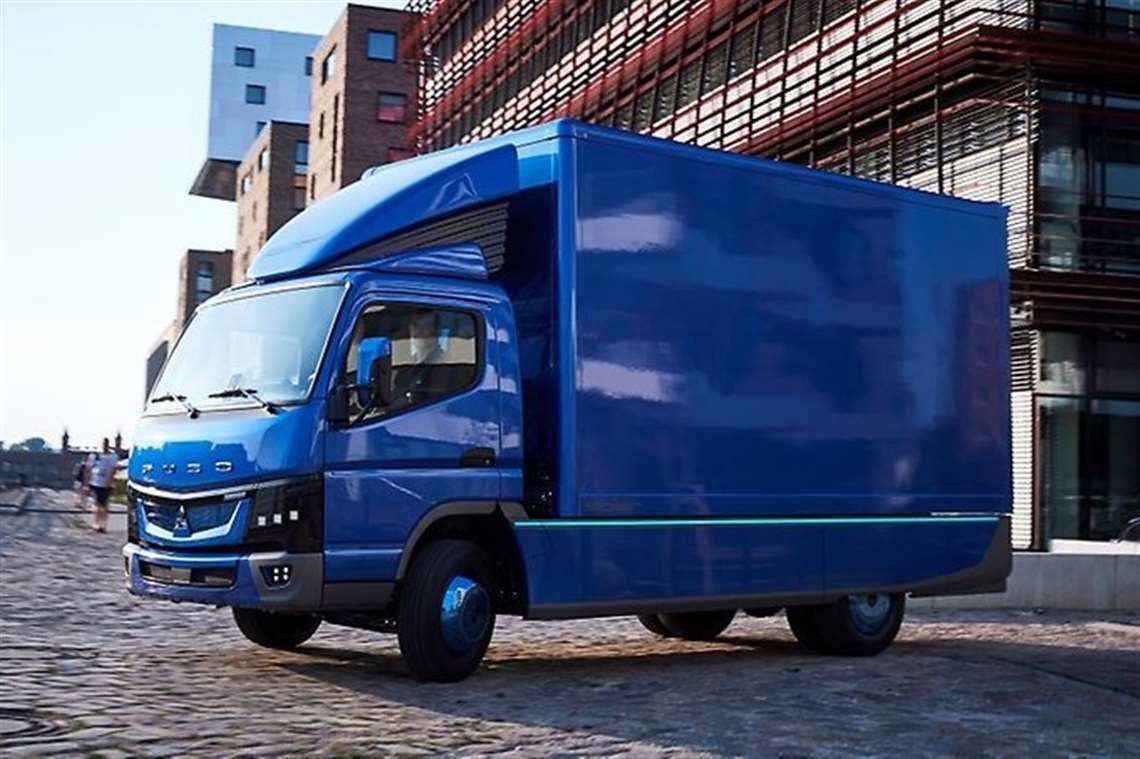 Mitsubishi Fuso Truck and Bus Corp. (MFTBC) has begun production of what the company called the world’s first all-electric light-duty truck, the Fuso eCanter. Fuso is a brand of Daimler Trucks Asia.

Production began at a plant in Tramagal, Portugal, where all eCanters for the European and U.S. markets will be produced in line with the conventional Fuso Canter truck.

“With today’s start of production of the eCanter, we become the first global manufacturer to produce an all-electric truck in series,” said Marc Llistosella, president and CEO of MFTBC and head of Daimler Trucks Asia. “From now on we can address the growing demand for locally emission free delivery trucks in Mega-Cities. We already received the first customer orders and will mark the global launch of this truck in one of the most iconic megacities, in New York, this September.”

In May, MFTBC already announced its first commercial customer in the Japanese market. Seven-Eleven Co., Ltd. will be operating 25 units of the new eCanter in its fleet within this year.

The Fuso eCanter is produced in line with the conventional Canter light-duty truck at the Tramagal plant. Only the electric-powertrain specific components will be installed in specific boxes along the production line. The vehicles coming from Tramagal, Portugal will be handed over to customers within Europe and the US within the next month.

The all-electric eCanter is Fuso’s answer to the public’s need for a zero-emission and zero-noise truck for inner-city distribution. It has a range of 100 km and a load capacity as large as 3.0 tons, depending on body and usage. The vehicle’s electric powertrain contains six 420 V lithium ion battery packs that deliver 13.8 kWh each that drive a permanent synchronous electric motor rated 185 kW with 380 Nm of torque. Power is transferred to the rear axle by a standard single-speed transmission. The battery packs are produced by the Daimler subsidiary Accumotive in Kamenz, Germany.

The vehicle can be recharged to 80% capacity within an hour with direct current at a quick charging station, or 100% in seven hours with alternating current, the company said.

The Fuso eCanter benefits from extensive experience of customer trials conducted in Portugal and Germany with the pre-series between 2014 and 2017.  Fuso has a long history in alternative drivetrains for trucks. Series production of the Canter Eco Hybrid began in 2006, while the second generation has been in production since 2012.