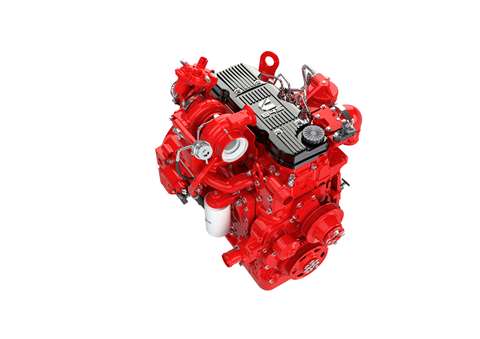 Cummins states that the four-cylinder B4.5 engine is suitable for soil compactors, 14- through 20-tonne excavators, 3- to 3.5-tonne wheel loaders and pavers. The engine has undergone 18,000 hours of test cell and field validation in India.

The six-cylinder B6.7 engine is reported to be the top-selling Cummins engine around the world. The engine is suitable for five-tonne wheel loaders, 25- to 35-tonne excavators, cranes and harvesters.

Also at the Excon show, Cummins has unveiled the 9” Single Module aftertreatment system. Up to 70% smaller and 40% lighter than systems with similar architectures, the system has improved NOx conversion and can remove up to 99% of particulate matter. Other features include a liquid-only UL2.2 dosing system. This Single Module is now being produced in India with 70% localised parts.

Anjali Pandey, Engine Business and Components business leader, Cummins India, said: “This year’s Excon is special as we are celebrating 60 years of our presence in India. We are proud of our legacy and we will continue to deliver on our brand promise of innovation and dependability.”