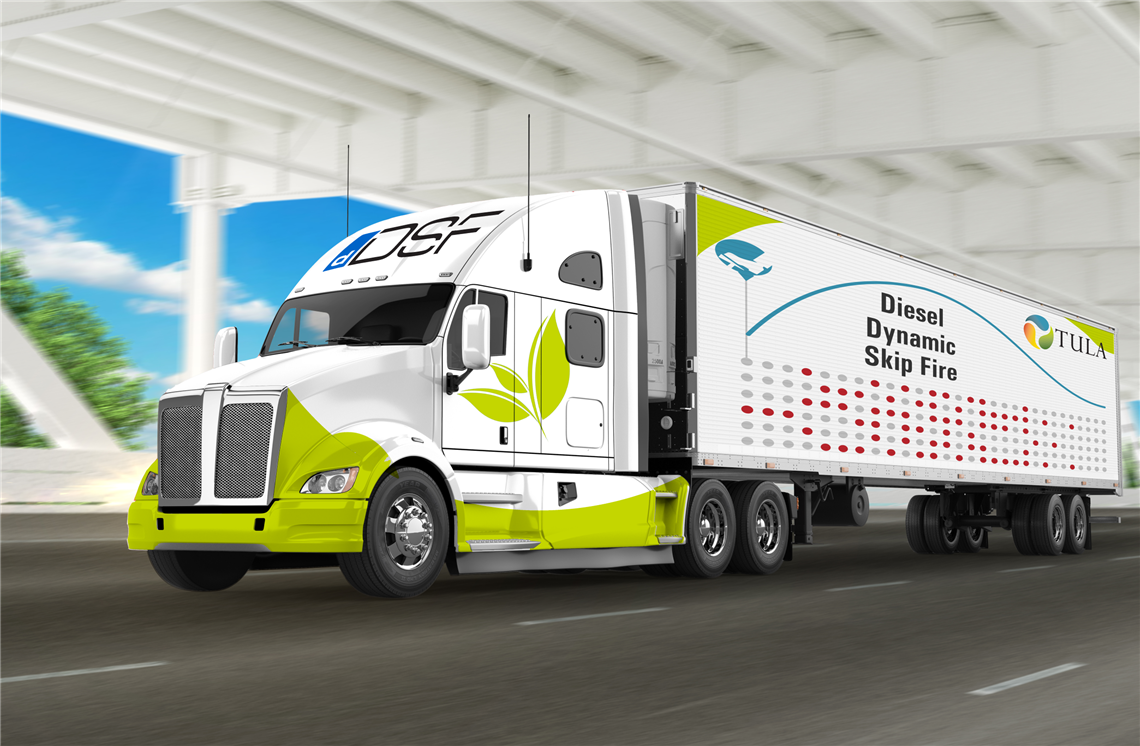 Cummins and Tula Technology are reporting the results of a new study in which Tula’s diesel Dynamic Skip Fire (dDSF) system delivered massive reductions of NOx emissions on a Freightliner Cascadia Class 8 truck powered by a Cummins X15 diesel engine.

While the regulatory road ahead isn’t entirely mapped out, there is little doubt that the future will require even more significant reductions in emissions of nitrogen oxides from diesel engines, well below the already stringent levels required today. And virtually all diesel manufacturers are looking into technologies they might employ to meet the required levels.

A little more than a year ago, Cummins, the Indiana-based global engine and power systems giant, announced a collaboration with Tula Technology Inc., a Silicon Valley provider of software controls. Now the companies are reporting the results of a new study in which Tula’s diesel Dynamic Skip Fire (dDSF) system delivered massive reductions of NOx emissions on a heavy-duty truck platform powered by a Cummins X15 diesel engine, while at the same time improving fuel economy by 5% in low-load conditions, with a corresponding reduction in emissions of CO2.

The results of the study were revealed today in a presentation at the Society of Automotive Engineers (SAE) World Congress in Detroit, Mich.

“We have now, in the heavy-duty space, NOx regulations, as well as CO2 regulations with the Phase 2 greenhouse gas regulations,” said Lisa Farrell, director, Accelerated Technology Center at Cummins. “So it’s very important to have technologies that provide a benefit in both the NOx criteria emissions space and in fuel economy space. 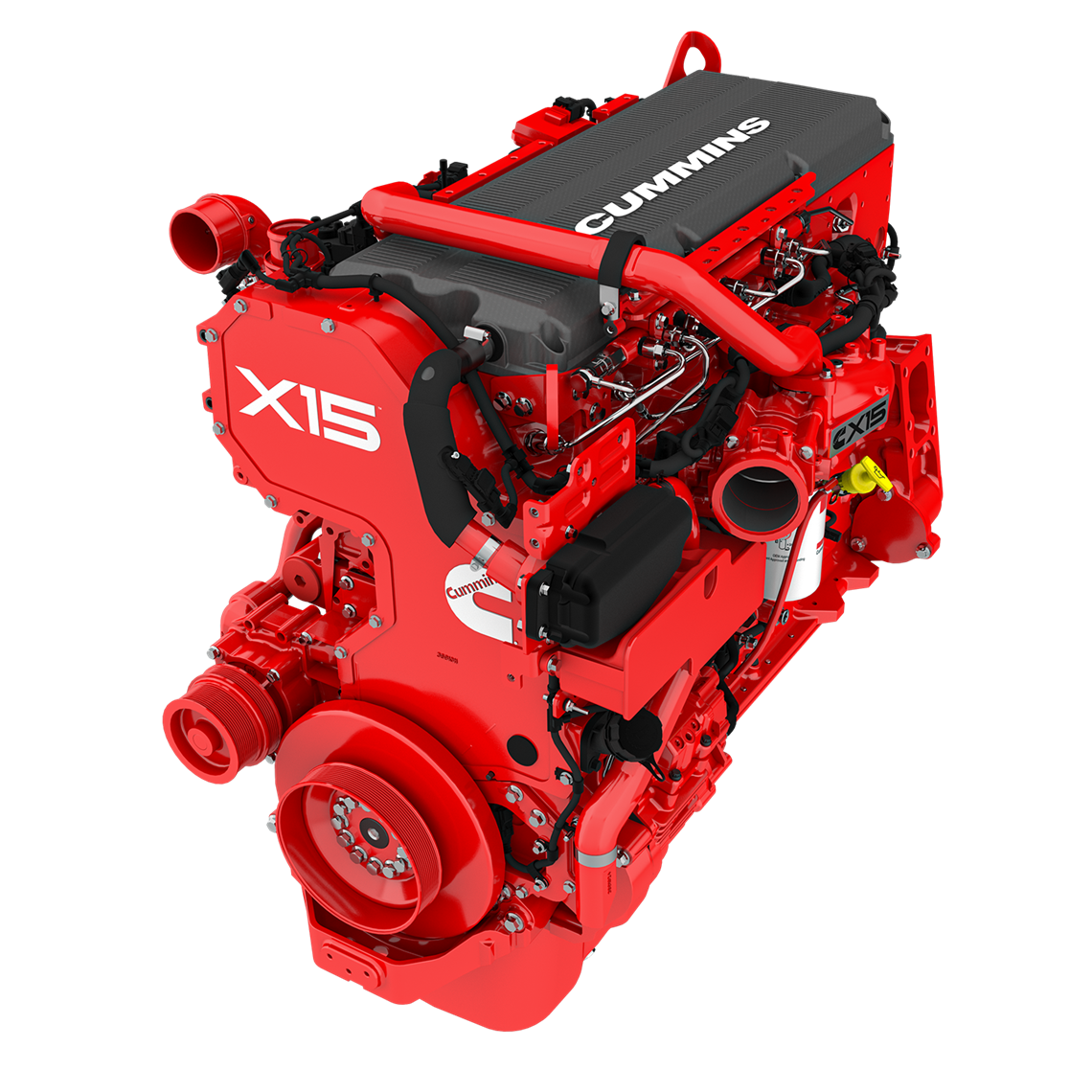 Tula’s dDSF technology was used to control the actuation of the Cummins X15 diesel’s valves with the primary hardware change being the addition of a hydraulically actuated deactivating element into the valvetrain.

Tula’s dDSF system is an advanced cylinder deactivation control strategy engineered to deactivate individual engine cylinders based on engine torque demands. The original DSF has been applied in more than a million vehicles in the passenger car segment since 2018, Tula said.

“NOx standards are becoming progressively more stringent for diesel engines and meeting those standards is increasingly challenging, even for a class-leading, efficient engine like the Cummins ISX,” said R. Scott Bailey, president and CEO of Tula Technology. “Our dDSF is a powerful and unique technology that enables original equipment manufacturers to significantly reduce NOx emissions that contribute to smog while simultaneously reducing fuel consumption and greenhouse gas production. We appreciate the opportunity to work with Cummins to demonstrate the capability of our technology.”

On the aftertreatment side, the engine was equipped with Cummins Single Module system, which integrates selective catalytic reduction, a diesel oxidation catalyst and a diesel particulate filter in a single unit. Testing was done on a dynamometer as well as with the engine mounted in a Freightliner Cascadia Class 8 truck.

Applied for the first time to a diesel engine, Tula’s dDSF system makes deactivation decisions for every cylinder on an individual firing opportunity basis to meet operator torque demands while saving fuel and maintaining commercially accepted levels of noise, vibration and harshness (NVH).

While the primary driver for cylinder deactivation on the automotive side has historically been fuel economy, emissions reduction at low engine loads has been the main design target on the diesel side, said John Fuerst, vice president of Engineering at Tula. “As tailpipe emissions – not CO2, but the toxic emissions regulations, specifically NOx – have gotten screwed down tighter and tighter and tighter and tighter on diesels, it becomes massively difficult and it takes a huge amount of effort to control NOx,” he said. “It takes EGR and it takes SCR systems and DEF injection and so diesel aftertreatment to control NOx is just massively difficult. And one of the challenges is maintaining the exhaust temperature in order to deliver that NOx aftertreatment.

“One thing that cylinder deactivation does in diesel is that it significantly reduces the excess air that flows through the diesel engine. Diesels are not stoichiometric and run with high excess air and air-fuel ratios of 20, 40 60 80, even 100. When you begin to deactivate cylinders, each cylinder has to work harder to deliver the power that the driver demands. To do that, you keep the fuel the same, but if you do it with fewer cylinders, you significantly reduce the excess air.

“When you cut out half or more of that excess air, it’s all air that does not cool the exhaust. Therefore, the exhaust is significantly warmer, which means now your SCR catalyst operates much more efficiently and much more often, and you can get massive NOx reductions.”

Cylinder deactivation is accomplished by controlling the engine valves and the primary hardware change involves the addition of a hydraulically actuated deactivating element into the valve train, Fuerst said.

More details on the Cummins-Tula dDSF collaboration will be included in an upcoming issue of Diesel Progress. For a free subscription, click here. 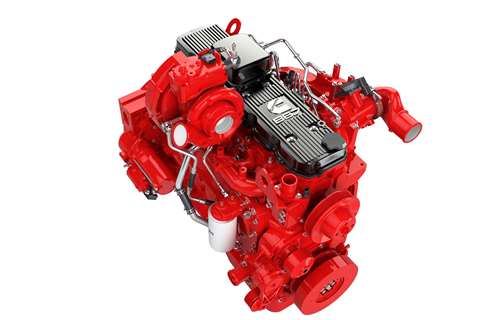 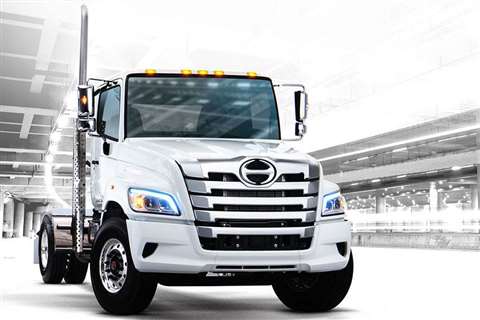 Cummins, Hino Trucks detail engine-vehicle offerings
Cummins B6.7 and L9 engines to be available in Hino’s L and XL Series models by the end of 2021. 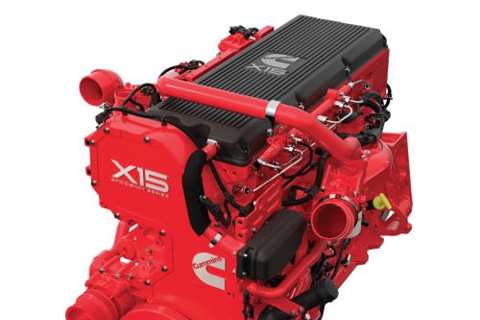