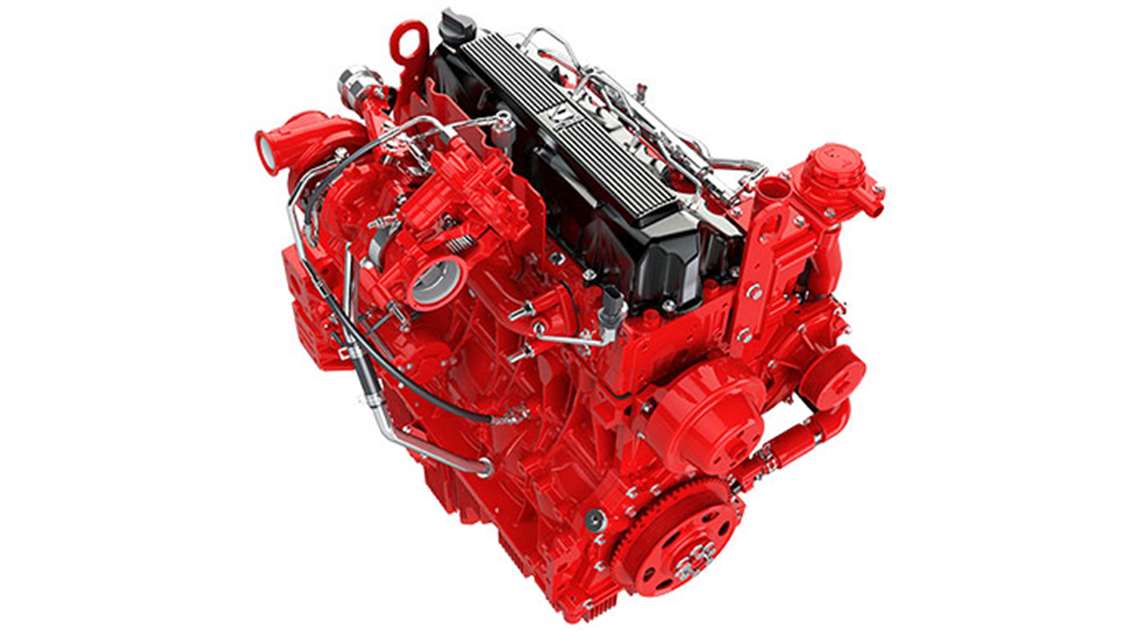 Cummins announced that its Stage 5 diesels will now be called Performance Series engines. Available from 3.8 to 15 L and 100 hp to 675 hp (75 to 503 kW) they are seen as especially applicable for construction, agriculture and material handing applications.

“Cummins’ solution has achieved the near-zero emissions levels as demanded by Stage 5,” said Alexei Ustinov vice president Cummins Off-Highway Engine Business. “All our Stage 5 engines are in production, some of them ahead of the legislated date of January 2020.

“It is unclear what the plans are for off-highway emission regulations beyond this, so we have decided to rename these products to highlight what they bring to the market. So they will be called Performance Series moving forward.”

Cummins said the four-cylinder F3.8 and B4.5 Performance Series engines achieve increases in power and torque, providing users the potential to downsize the engine in their machines, thus, reducing costs while maintaining productivity.

The F3.8 also incorporates the Cummins HPP (Hybrid Power Plug-in) concept as part of Cummins’ effort to offer full electric and diesel-electric solutions as part of a portfolio of power solutions. The HPP is intended to offer a balance of battery power through a compact engine-generator assembly that Cummins said works in the same manner as a full electric driveline but has both an F3.8 Performance Series powered generator and plug-in options for charging.

“The HPP solution lowers total emissions, with the opportunity to operate at zero or near-zero emissions during the shift,” Ustinov said. “Noise and fuel consumption is reduced, using a smaller engine, operating for less time.”

The integration of Cummins Stage 5 Single Module aftertreatment, which combines a diesel particulate filter (DPF) and selective catalytic reduction (SCR) system into a single compact package, combined with integral combustion and air handling technology has allowed the F3.8, B4.5, B6.7 and L9 engines to operate without an exhaust gas recirculation (EGR) system, Cummins said.

The no-EGR design means the same Cummins engine platform can be applicable for sales to multiple emissions standards, from Stage 5 and Tier 4 Final to unregulated levels. Each machine can have the same electronic integration and mechanical hookups, with or without exhaust aftertreatment. This give installation commonality and manufacturing flexibility to OEMs, saving cost, the company said.

All of the Performance Series engines are also available as Power Units, which are more than 70% pre-approved for installation including the engine, exhaust aftertreatment, cooling system, hoses, air cleaner and mounting, Ustinov said.