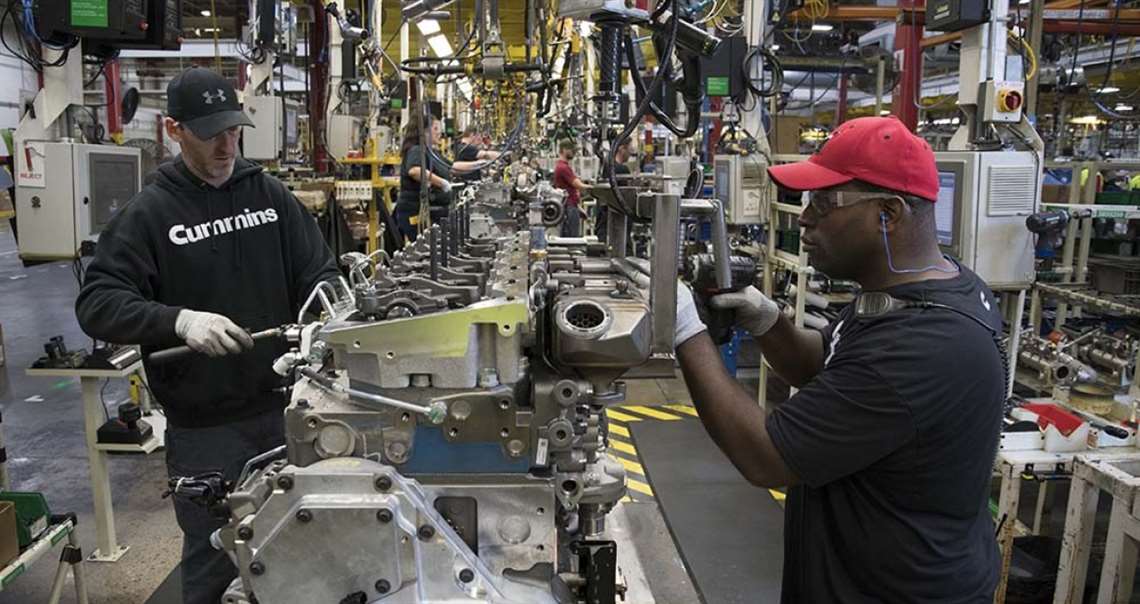 Cummins Inc. reported results for the first quarter of 2019 and raised its overall profit forecast for the year.

First quarter revenues of $6.0 billion increased 8% from the same quarter in 2018. Increased truck production in North America and stronger demand in global construction and North American power generation markets drove the majority of the revenue increase, the company said.

First quarter sales in North America improved by 13% while international revenues increased by 1%.

“The company shipped a record number of truck engines in North America during the first quarter,” said Chairman and CEO Tom Linebarger. “Our market-leading position in this region reflects our close partnerships with our customers who rely on us to provide a broad range of power solutionsfor their needs.”

“We achieved record EBITDA in the first quarter while alsocelebrating our 100th anniversary,” Linebarger said. “We are on track to deliver record results for the year and return significant capital to investors and will continue to invest across our broad portfolio to power a strong future for our stakeholders.”

Based on the current forecast, Cummins is maintaining its 2019 revenue guidance of flat to up 4% driven primarily by increased demand inNorth America on-highway markets. The outlook does not include any potential impact of the company’s recently announced review of its emission certification process and compliance with emissions standards.

Distribution sales were $2.0 billion, up 8% on a 10% increase in North American sales and a 4% rise in international sales.

Components Segment sales were up 6%, to $1.9 billion. Components revenue in North America increased by 17% due to higher heavy and medium-duty truck production while international sales declined by 8%.

The Power Systems Segment was flat at $1.1 billion as Industrialrevenues increased 1% while power generation revenues decreased 1%. Finally, the company’s Electrified Power Segment had sales of $3 million and an EBITDA loss of $29 million.