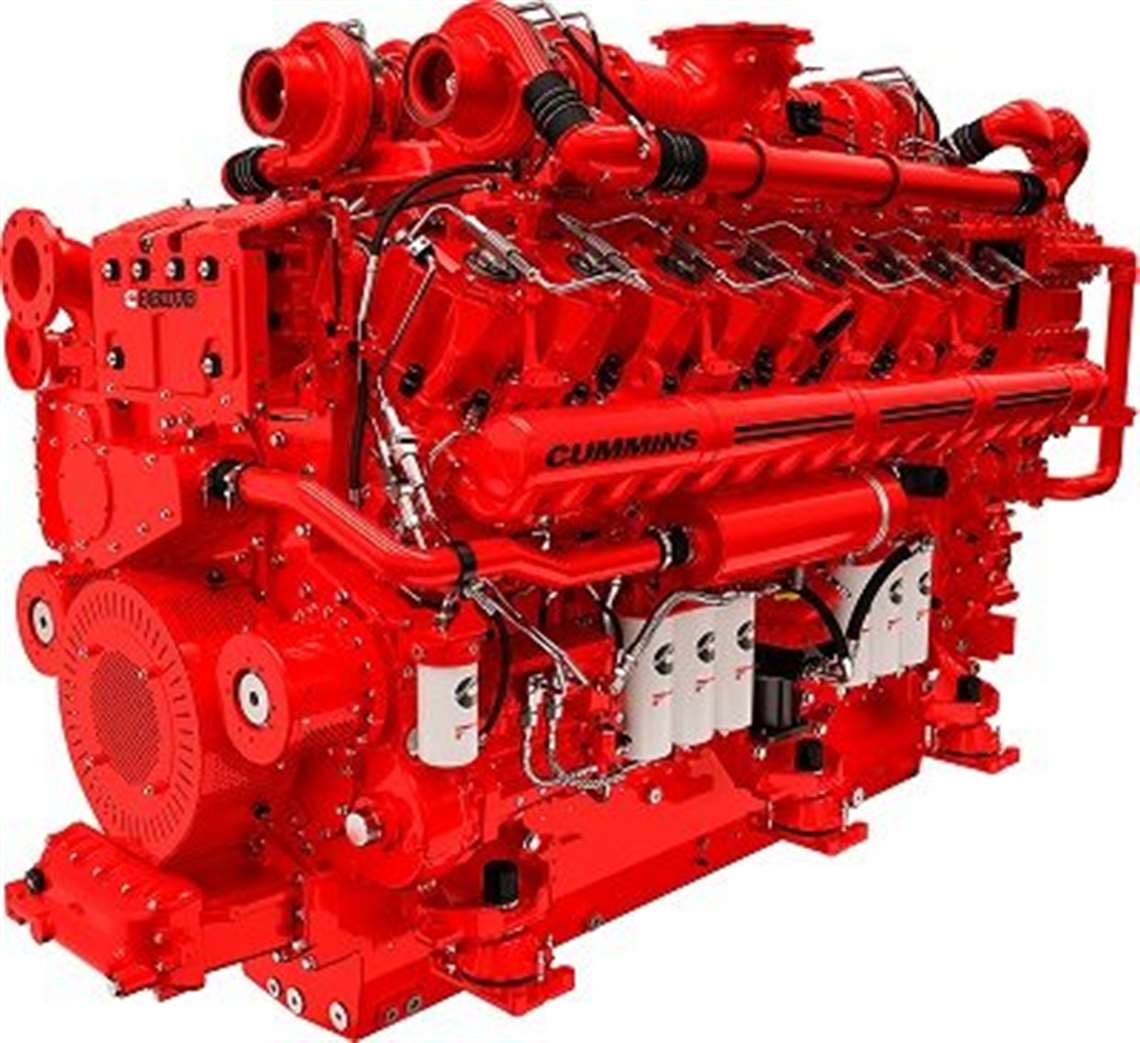 At 4400 hp (3281 kW), Cummins said the QSK95 achieves the highest output of any 16-cylinder high-speed diesel and is capable of a top speed of 125 mph (201 km/hr) as a prime mover. Cummins said the engine combines the company’s latest generation Modular Common Rail Fuel System (MCRS), quad-turbocharging and Integrated Selective Catalytic Reduction (SCR) aftertreatment to deliver reduced noise and strong response in a smaller footprint than that of medium-speed diesels traditionally used in locomotives.

The QSK95 powers Siemens’ Charger, a diesel-electric passenger locomotive that will be put into service by the Dept. of Transportation in Illinois, California, Michigan, Missouri, Washington state and Maryland, as well as Brightline, a privately owned and operated passenger rail service that will connect Miami and Orlando.