Cummins on show at Agritechnica 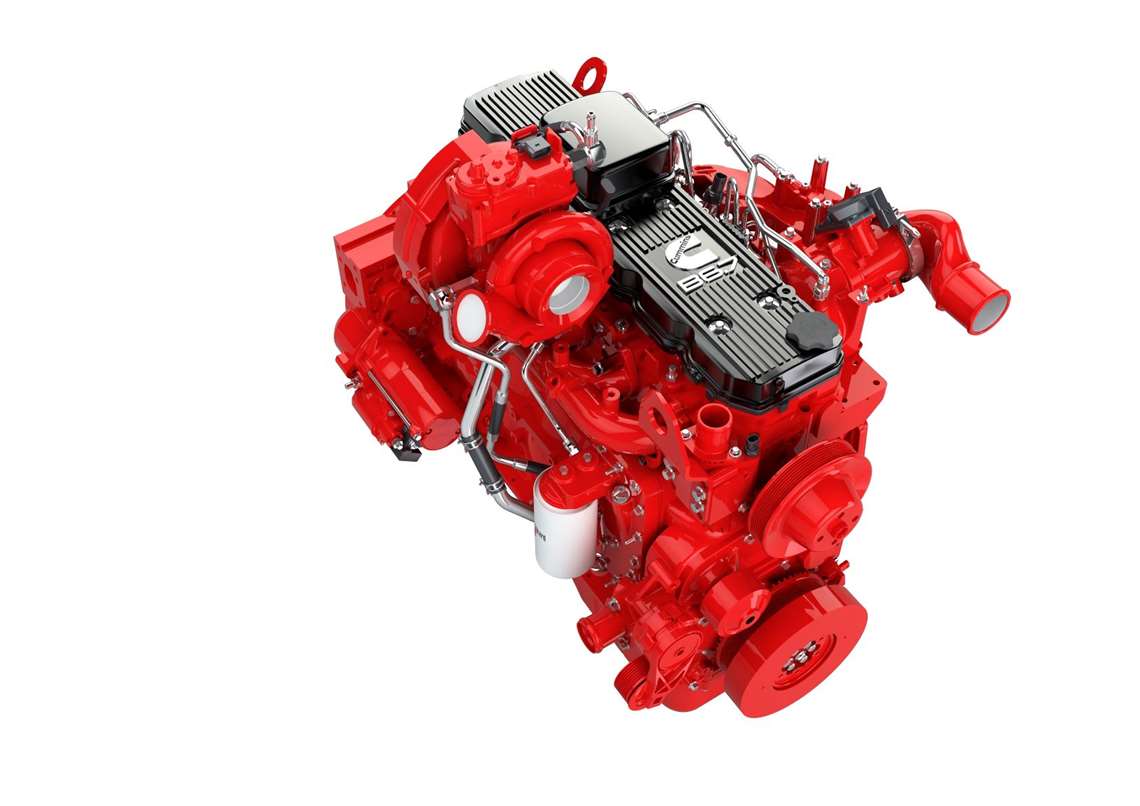 Cummins said its Stage 5 B6.7 Performance Series engine will be available in Claas AVERO combine harvesters from quarter four 2019.   Cummins will display its Performance Series at Agritechnica, alongside the structural B6.7 engine for agricultural tractor applications.

Cummins said that while many manufacturers “have adopted a ‘same as’ strategy from Stage 4 to Stage 5”, Cummins technology means its Stage 5 products deliver more power and less complexity through the removal of exhaust gas recirculation (EGR) on engines up to 12 L displacement, the company claimed.

Stage 5 emissions requirements are met through Cummins’ Single Module aftertreatment system which combines a diesel oxidation catalyst (DOC), a diesel particulate filter (DPF) and selective catalytic reduction (SCR) in a single unit. The system is 40% smaller and 20% lighter than Cummins’ Stage 4 solution and features a compact AdBlue/Diesel Exhaust Fluid mixer which removes the need for a decomposition reactor tube, making the whole system easier to keep clean, the company said.

Cummins added that its decision to remove EGR at Stage 5 offers benefits for Claas global operations, as well as for its farming customers. Without EGR, the same Cummins engine platform can be applicable for sales to multiple emissions standards, from Stage 5 and Tier 4 final, down to unregulated levels, it said.

Ann Schmelzer, general manager Global Agriculture, at Cummins said: “During the integration process, we worked closely with Claas to understand the requirements of both their machine and their customers – the farmers who operate AVERO. As such, the B6.7 engine delivers the high-power density, machine capability and efficiency required from a combine harvester, while its simpler architecture with fewer parts means higher reliability, easier accessibility, less maintenance and more productivity for farmers.”

The photo shows a Cummins B6.7 Performance Series engine.