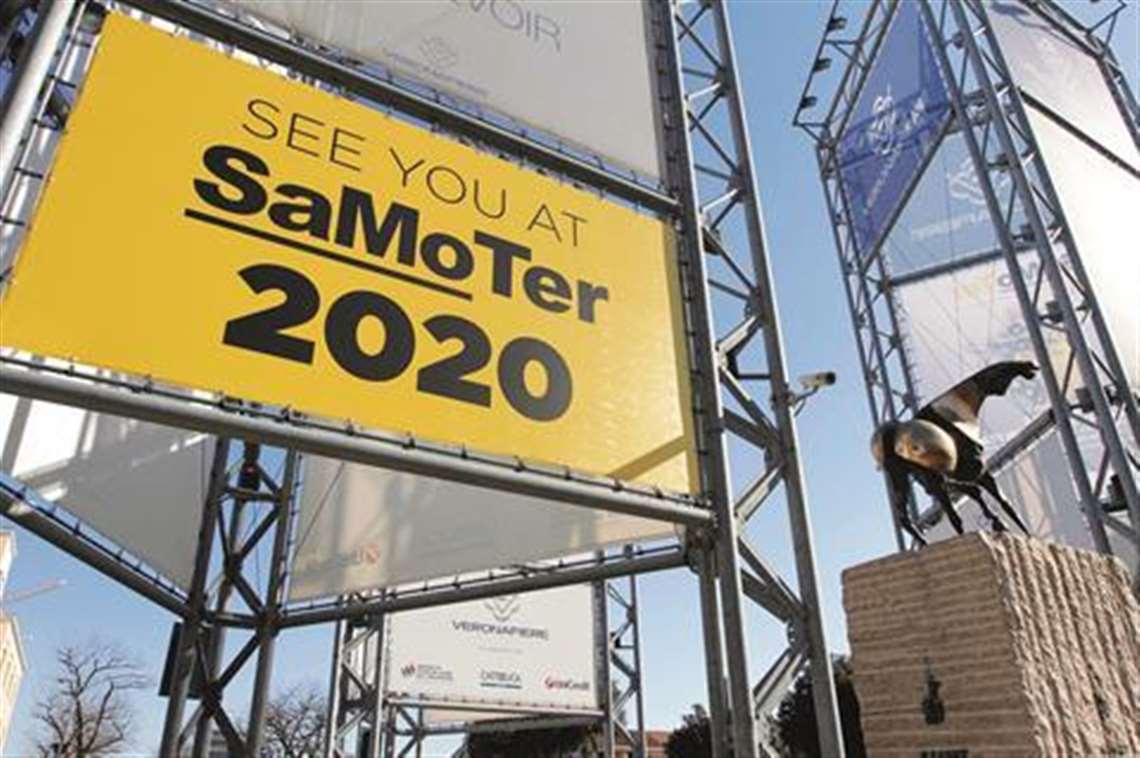 The impact of the Coronavirus has begun impacting industry shows with the announcement that the Italian construction equipment exhibition, SaMoTer 2020 in Verona, Italy, has now officially been postponed.

SaMoTer 2020, billed as Italy’s premier construction trade show, was due to be held from March 21-25, but has now been rescheduled for May 16-20.

Other events run by the SaMoTer organisers such as the Innovabiomed event, which was scheduled for March 10-11 have also been postponed.

Earlier, SeaJapan, an international maritime exhibition and conference, which was scheduled for March 11-13 in Tokyo, has been postponed with no new show date announced.

“We have received a request from the maritime industry association that organizes the Japan Pavilion at Sea Japan to postpone the exhibition due to concerns related to the new coronavirus infection,” the organizers said in a news release. “Having received this request, it is with deep regret that we have decided that it is not possible to hold the exhibition as planned on 11-13 March 2020.

Organizers said they are considering all alternative options and will provide further information “as soon as possible.”

Also, eight exhibitions organized by the Hong Kong Trade Development Council (HKTDC) scheduled for April 6-30 have been postponed until July. These shows covered lighting, electronics, housewares and printing and packaging, among others.

All this with the start of ConExpo-Con/Agg & IFPE preparing for a March 10th open. Show owners, the Association of Equipment Manufacturers (AEM) have been proactive in issuing information updates about the show. Most recently, AEM issued an additional statement regarding participation of China-based companies and attendees. In that statement, AEM said:

• Due to the travel restrictions resulting from COVID-19, many China-based exhibitors and attendees will not be able to participate in ConExpo-Con/Agg & IFPE 2020.

• China-based companies with North American-based operations and staff (not impacted by the travel restrictions), will exhibit at ConExpo-Con/Agg & IFPE as planned.

• This includes two Wuhan-based Chinese exhibitors. One has cancelled their participation in ConExpo-Con/Agg & IFPE due to the travel restrictions. The other exhibitor has operations and staff based in Canada and will exhibit at the show as planned.

• The broad majority of our exhibitors and attendees come from North America.

• Overall, the expected cancellations of China-based exhibitors and attendees will have a very limited impact on the shows, representing less than two percent of the almost 2.7 million net sq. ft. of exhibit space and one percent of registrations. These newly available spaces will be offered to the companies on the waiting list.

• We are closely monitoring the news and will follow any protocols that are provided by the Centers for Disease Control (CDC) and the World Health Organization (WHO).

• We encourage exhibitors and attendees to take common-sense precautions by using hand sanitizer and following these guidelines set by the CDC when they are onsite at the show.

• Our registrations are pacing well ahead of previous shows and we’re on track to be the largest ConExpo-Con/Agg & IFPE events in history.