Oshkosh Defense and partner ST Engineering will participate in the prototype phase for the U.S. Army’s Cold Weather All-Terrain Vehicle.

The CATV is a new program for a tracked vehicle that operates in extreme cold weather or arctic conditions and is designed to replace the Small Unit Support Vehicles (SUSVs) that have been in service since the early 1980s.

“Oshkosh Defense and ST Engineering bring together an abundance of defense industry and manufacturing expertise to address the U.S. Army’s need for a proven vehicle that can easily maneuver in arctic environments,” said Pat Williams, vice president and general manager of U.S. Army and U.S. Marine Corps programs. “We are confident that the Oshkosh CATV will enable Soldiers to efficiently move personnel and supplies in the most extreme conditions, and we look forward to getting them into the hands of the end user for testing and evaluation.” 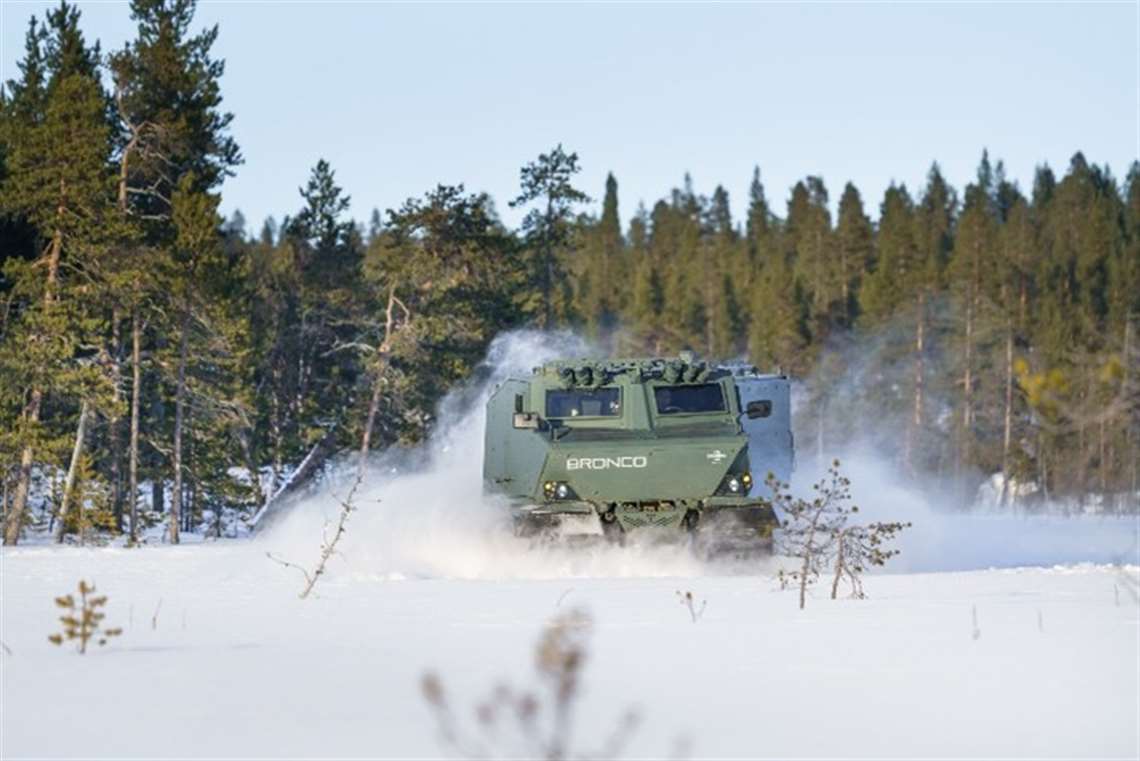 The Oshkosh CATV is derived from the Bronco 3, a member of the proven Bronco family of tracked vehicles by ST Engineering which have been in service in various countries. Suited for rapid deployment by air, land or sea freight, Bronco’s compact space envelope is compatible with most military transport aircraft such as C-130 or C-17 or a 40 ft. ISO container via commercial transport. The Bronco family has undergone more than 1860 miles of performance testing in arctic conditions as well as over 200,000 miles in a theatre of operations on harsh desert terrain.

The Oshkosh CATV prototypes are expected to offer built-in mission modularity to accommodate a variety of configurations. A general purpose vehicle, for example, can be used as a troop carrier, casualty evacuation or command and control vehicle and can be swapped from one configuration to another in the field within 30 minutes by a two-person crew.

“The new vehicle design will be built with the combined expertise of Oshkosh Defense and draws on the rich heritage of the Bronco family of vehicles, a proven, robust and versatile articulated platform which has been in operation since 2001,” said Lee Shiang Long, president/head, Land Systems, ST Engineering.

Oshkosh Defense and ST Engineering will deliver two prototypes – one general purpose and one cargo vehicle for testing and soldier evaluation – in the third quarter of 2021. The prototypes will be evaluated on payload, mobility, crush resistance, swimming and transportability. The U.S. Army has announced plans to issue a follow-on production contract for up to 200 CATVs in 2022.

ST Engineering is a global technology, defense and engineering group that serves customers in more than 100 countries. The group is headquartered in Singapore. In the U.S., it has major operations across 17 cities in 13 states and employs about 5500 people providing products and solutions to commercial and government customers.