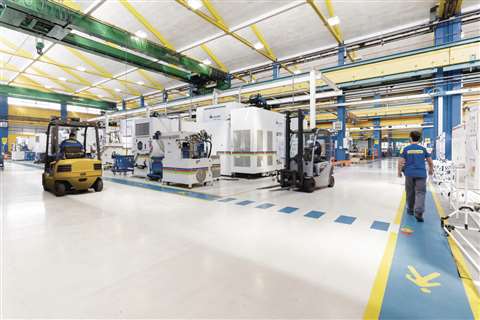 CNH Industrial, owner of brands including Case IH, New Holland and Steyr, has announced that it will temporarily close several of its European agricultural, commercial vehicle and powertrain manufacturing facilities in response to ongoing procurement disruptions which include shortages of core components, especially semiconductors.

The company stated that it is constantly reviewing its production schedules in response to this highly dynamic environment and plans to shut the plants for no longer than eight working days, all in October.

The company added that it remains committed to optimizing its manufacturing operations to meet continued strong demand while serving its dealers and customers.

CNH International is just one of many OEM companies having issues with the supply of semiconductors. In March this year, Diesel Progress reported that truck production at Volvo Group was being significantly impacted by the global shortage of semiconductors.

The shortage of of chips is linked to a downturn in global output due to the COVID-19 pandemic forcing plant closures and an increased demand for consumer electronics during the related lockdowns. Although chip producers are reported to have added capacity, reports in the general media suggest the shortage will last until well into 2022.