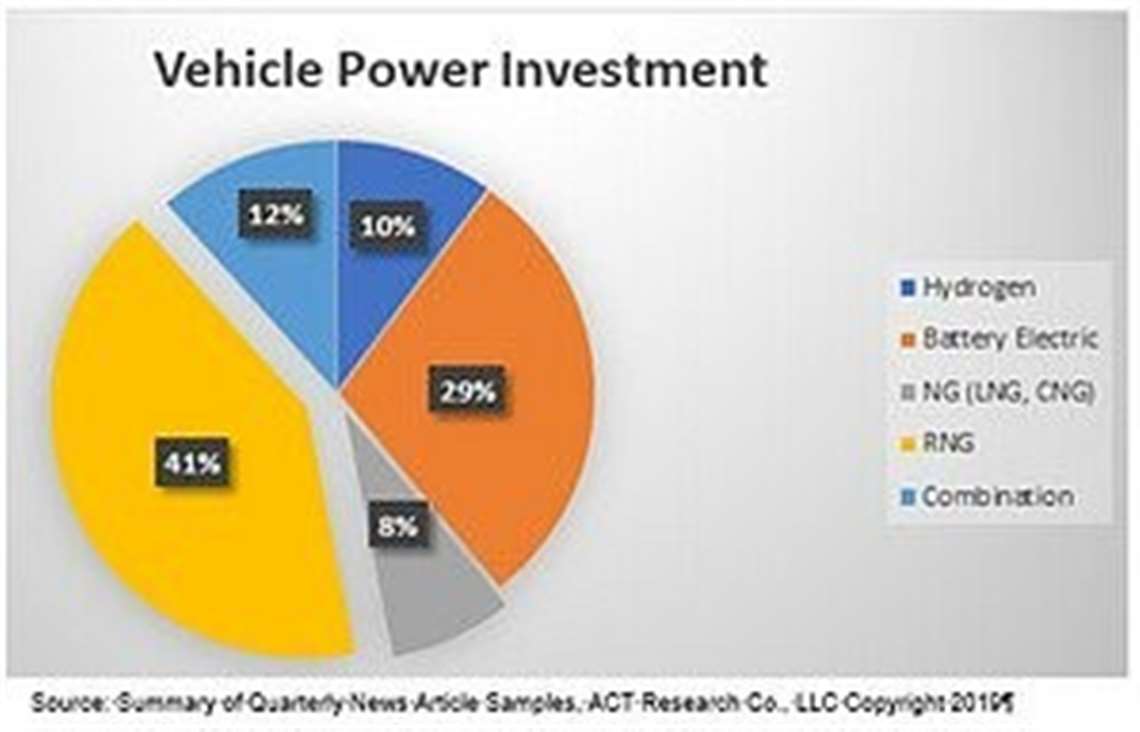 US and Canadian Class 8 natural gas truck retail sales for the first five months of 2019 gained 43% year-to-date, according to a recent quarterly report – AFQ: Alternative Fuels Quarterly, released by ACT Research. Year-to-date sales at this point in 2018 were down 18%, following a 13% full-year increase in 2017.

“Bucking the early decline pattern of the past few years, cumulative sales for the first five months of 2019 appear to be gaining ground,” said Ken Vieth, senior partner and general manager at ACT Research. “Despite soft reports in three of the first five months this year, sales of natural gas-powered vehicles are on an overall upward trajectory, gaining 10% month-over-month, 60% compared to May of 2018, and showing 43% improvement against the first five months of last year,” he said.

“Based on news released in the popular press, natural gas vehicle purchases continued to be dominated by refuse fleets, as well as transit and school bus operators. Among truckers, it appears as though the majority of incremental volume came from current natural gas vehicle users replacing units or increasing their number,” Vieth said.