Perkins Engines has announced that distributor Clarke Powered Solutions has been awarded two additional states—Kentucky and Virginia—to its territory. Clarke now covers 26 states across the Midwest and Eastern regions of the United States. 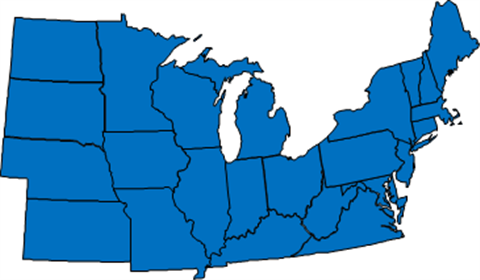 The addition of the states to Clarke’s territory is part of an overall Perkins distributor plan to further strengthen the Perkins North American service network by providing engine expertise and services for Perkins powered machine owners and operators for more than half the nation.

“Since Clarke joined Perkins as an authorized distributor, they have proven they are more than committed to their customers’ success by providing the utmost service and support across their entire territory,” said Jaz Gill, vice president of global sales, marketing, service and parts at Perkins. “The entire team’s attention to detail and positive relationship with their customers has not only helped grow their business, but it was also an important factor when deciding to award additional territory to their service area.”

“We are excited to be adding two additional states to our Perkins territory,” said Kirk Andreae, president and CEO of Clarke Powered Solutions. “We aim to provide best-in-class services and support to our customers, both new and current, through our eight locations in Kentucky and Virginia.

“We will use our experience and resources to make sure we are taking on the needs of our customers head-on and helping to create an even better service network. Clarke has served customers in this industry for more than 55 years and we are proud to continue growing our partnership with Perkins.”