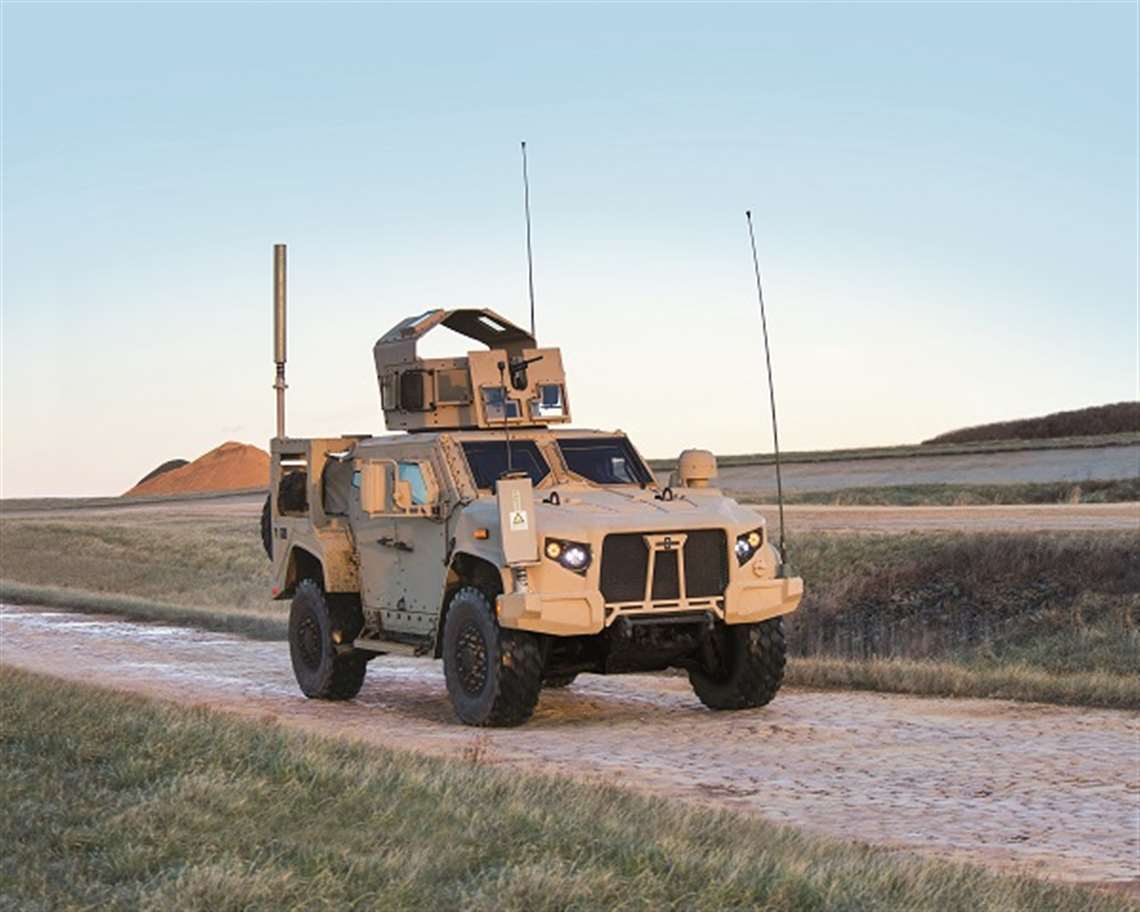 U.S. Army has placed a $1.69 billion order for 6107 Joint Light Tactical Vehicles (JLTV) and associated installed and packaged kits Oshkosh Defense, an Oshkosh Corp. company. This delivery order marks the tenth order under the contract that was awarded to Oshkosh in August 2015.

To date, Oshkosh has delivered more than 2600 vehicles. The company said it  expects a Full Rate Production (FRP) decision in December 2018, followed by first Army unit equipped in early 2019.

The JLTV is designed to fill a capability gap for the U.S. Army and Marine Corps by replacing a large portion of the legacy uparmored HMMWV fleet with a modern light protected vehicle.

Power for the JLTV is a Gale Banks Engineering model 866T, 6.6 L diesel, based on GM Duramax architecture.  The engine drives an Allison automatic transmission and an Oshkosh transfer case. The vehicle is capable of forward speeds up to 70 mph (110 km/h);  8 mph (13 km/h) in reverse. The suspension is the Oshkosh TAK-4i independent suspension and the steering system is a power-assisted, front axle configuration.

“The JLTV is engineered with industry leading suspension and protection systems, as well as the ability to support a spectrum of mission kits and weapon systems required for the modern battlefield,” said George Mansfield, vice president and general manager of Joint Programs at Oshkosh Defense. “This vehicle represents a technological leap forward that provides enhanced protection and extreme mobility both off-road and in dense urban terrain.”