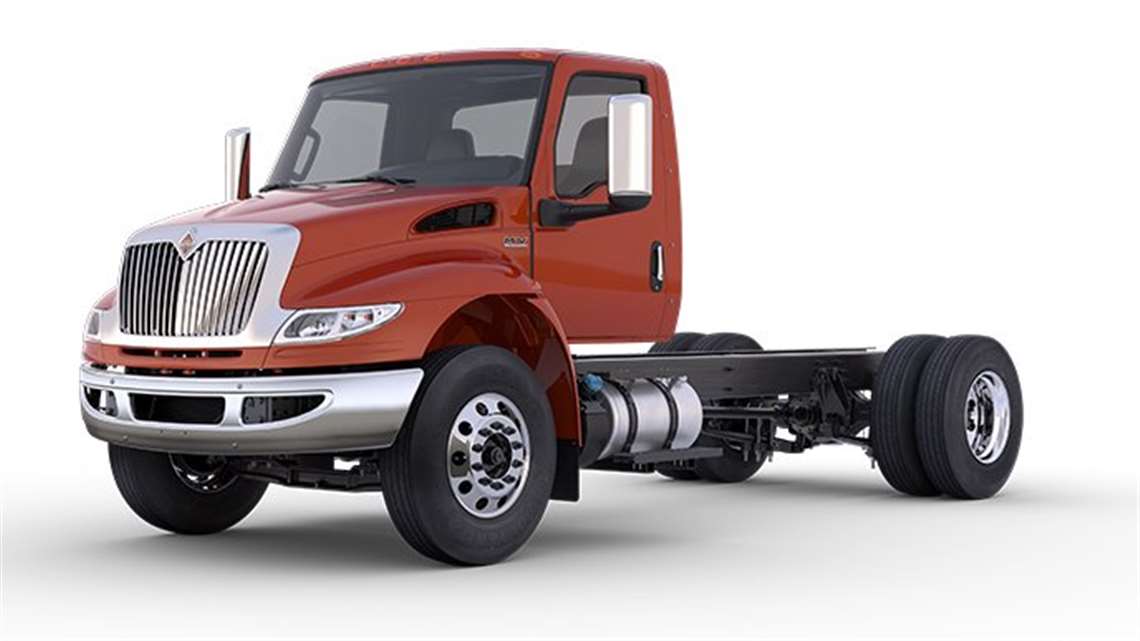 The MV trucks are powered by either a Cummins B6.7 or L9 diesel and are available in four low can and mid cab configurations. Depending on the configuration GVW ranges 23,500 to 44,600 lbs.

With the Allison neutral-at-stop feature, International said the transmission is automatically shifted into neutral when a vehicle is stationary. This eliminates the load on the engine when the vehicle is stopped which trims fuel consumption and lowers emissions, the company said. Based on greenhouse emissions modeling, Allison reports that neutral-at-stop can reduce CO2 emissions by up to 6% in urban applications compared to 2018 base line. As an added feature, neutral-at-stop locks the output while stopped to prevent the vehicle from rolling backwards.

The Allison 1000 HS automatic transmission comes standard on the MV Series, with FuelSense 2.0 with DynActive Shifting as an available option. FuelSense 2.0 with DynActive Shifting provides infinitively variable shift points based on a number of inputs from the vehicle. The result. Allison said, is a ideal balance of fuel economy and performance based on vehicle operating conditions and the fleet’s pre-established bias for fuel economy or performance.