Akasol AG has opened what it calls Europe’s largest factory for commercial-vehicle battery systems in Darmstadt, Germany. Gigafactory 1 has a production capacity of up to 1 GWh in the first phase of its expansion and will gradually expand to 2.5 GWh by late 2022.

“The opening of Gigafactory 1 is an important milestone in our company history,” said Akasol CEO Sven Schulz. “Here in Darmstadt, in a highly automated and extremely advanced production facility, we produce high-performance lithium-ion battery modules and systems that provide an important key for the transportation and energy transition.

Milestone
“We are particularly proud of the appraisal and recognition of this important milestone by numerous high-profile guests among our customers and suppliers, by the top management of our new main shareholder BorgWarner, and by representatives from the political arena, particularly Federal Minister Peter Altmaier and Hessian State Minister of Economics Tarek Al-Wazir. The course has now been set to continue our growth as a driver of innovation in electromobility, even more dynamically than before.”

Annual production capacity of Akasol’s Gigafactory will ultimately be able to produce battery systems for more than 10,000 commercial vehicles a year.

Once it is operating at full capacity, the facility will be able to produce battery systems for more than 10,000 commercial vehicles each year. The company is investing more than €100 million in the facility.

The Akasol campus spans more than 20,000 m2 (approximately 215,000 sq. ft.) in the southwest of Darmstadt. The 15,000 m2 (161,000 sq. ft.) two-level production, assembly and logistics hall is also home to a test and validation center for the testing of cells, modules and systems, ensuring the highest standards of quality, the company said. A 600 kWp solar plant feeds the production facility and offices as well as the German state of Hesse’s largest charging-station park for electric vehicles, incorporating more than 60 charging stations.

State-of-the-art
Akasol said the new offices in the 7500 m2 (81,000 sq. ft.) headquarters adjacent to the production hall offer a state-of-the-art working environment for the more than 300 employees in research and development, sales, product and project management, purchasing and administration.

“With this investment, we are laying the cornerstone for our continued growth and long-term business success in the fast-growing market of electromobility,” said Carsten Bovenschen, CFO and management board member in charge of human resources at Akasol AG. 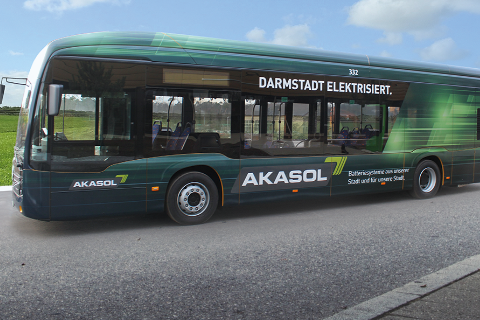 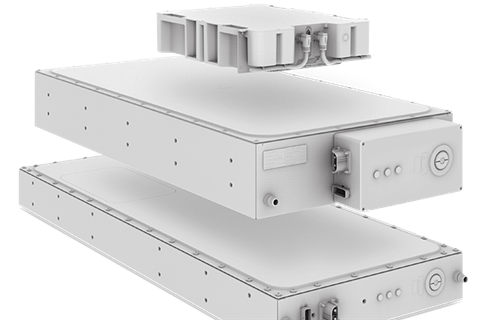