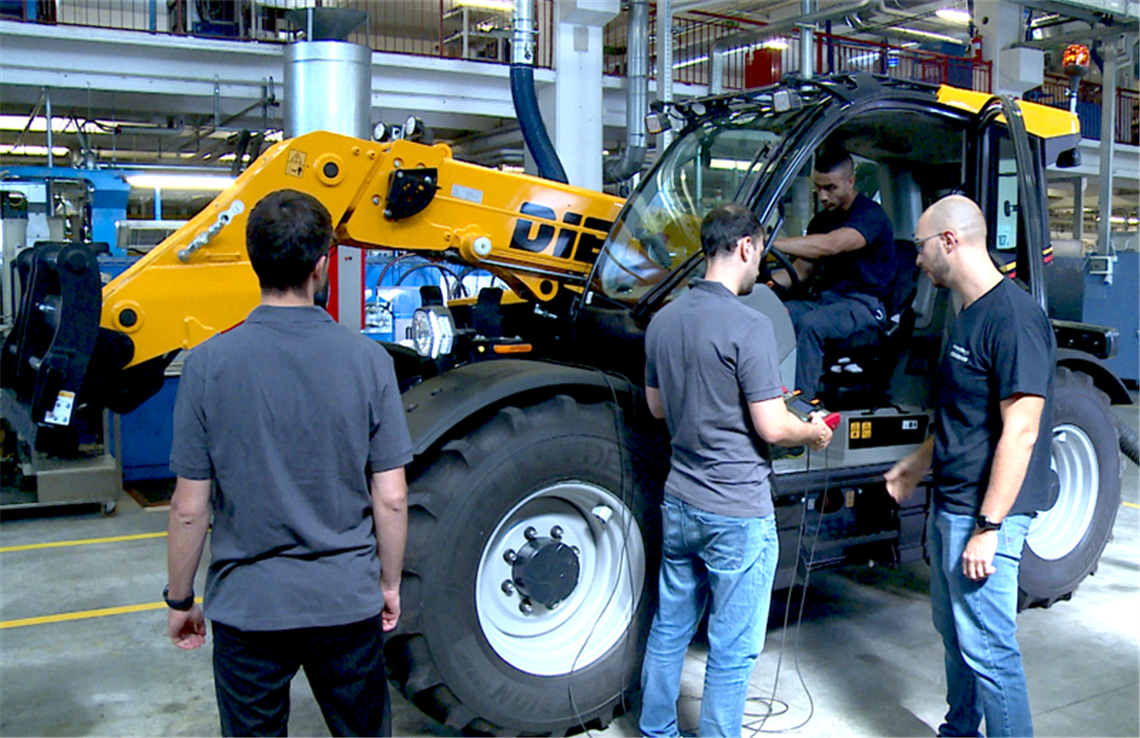 Walvoil supplied its Adaptive Load Sensing (ASL) system for the Agriplus GD 42.7 telehandler by Dieci. The application has been awarded in the Technical Innovation contest of EIMA 2020-2021 and received also the Blu Award 2020-21, attributed to the solutions that stand out for environmental aspects.

The ALS system minimizes the dispersion of energy in the hydraulic system of telehandlers, considerably improving the efficiency of the vehicle and reducing wear and consumption. It is able to modulate the stand-by pressure value according to the real working needs of the machine, automatically varying it only when and how required.

ALS is composed of a directional control valve, an electronic joystick, and an electronic control unit, with customizable modular software developed by Walvoil. The control unit collects information from the operations on the controls and from the machine sensors, and acts on the load sensing device, adapting the hydraulic pressure differential to the maximum efficiency value required by the vehicle.

The ALS system is also available for retrofits in older telehandlers, as the kit can be easily installed to extend the operational life and improve the performance of the machine.

Walvoil reported that the ALS system has been successfully tested on the Agriplus telehandler for agricultural applications by Dieci. Tests showed a drop in the energy dispersion values of the machine by 28% during boom operations and up to 45% during traveling phases, with a significant improvement in the overall machine performance at various speeds.

The tests highlighted also two other important results: one is an improvement in safety as the ASL acts directly on the hydraulic signal and avoids the functional complexity associated with the digital signal. Furthermore, in case of failures, the original operation is automatically restored, avoiding machine downtime.

The other advantage is a better machine’s stability thanks to the control of the pressure value, that makes also the telehandler more comfortable to operate for the driver.

Walvoil explained that the development of the ASL system derived from the necessity of optimizing hydraulic systems in machines like telehandlers for agricultural use, which need a simultaneous control of movements. To insure these functions, the hydraulic pump generates a pressure higher than what is really necessary – a predetermined value called stand-by pressure differential – which  has been considered acceptable until now but  which implies a considerable loss of energy, limiting the overall performance of the vehicle and unnecessarily increasing wear and consumption.

The development of the ALS system also involved the collaboration of TASC, Smart and Clean Agricultural Tractors: a project with the participation of the main university research laboratories of the Emilia Romagna region in Italy that was created with the aim of minimizing the environmental impact of agricultural mechanization.