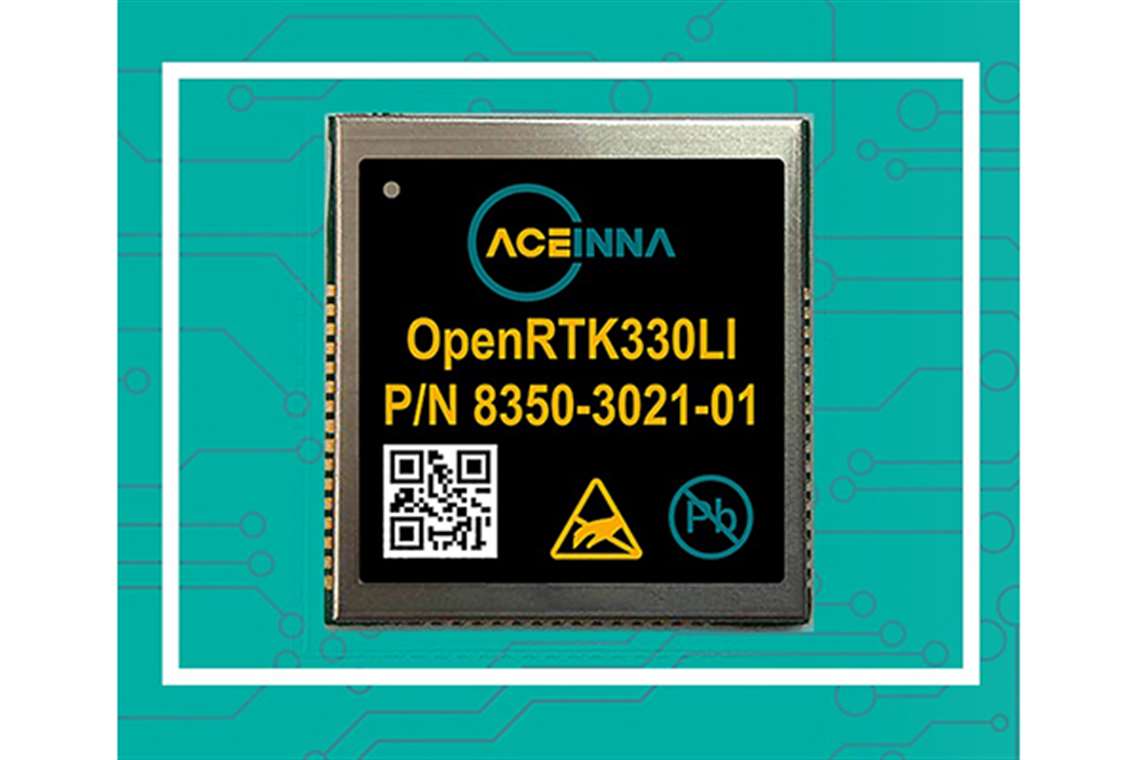 Aceinna, a global developer of inertial based guidance and navigation systems for autonomous vehicles and devices, has announced a partnership with Point One Navigation, a location platform provider for transportation. The strategic partnership is intended to enable a streamlined positioning platform which combines Point One’s Polaris GNSS cloud correction service with Aceinna’s OpenRTK330 hardware and software solution for developers in agriculture, construction, mapping, surveying, robotics and trucking.

The combined offering will be available for purchase beginning in December 2020.

Aceinna said the GNSS correction service market shows great promise yet is presently hampered by lingering issues that include managing separate commercial/support relationships for hardware and subscriptions, the difficulty of integrating solutions between providers, lack of consistency in resulting accuracy compared with what is advertised, resistance to supporting all application sizes from single unit to high volume, the absence of a coast-to-coast network from a single provider and high pricing for the service in general.

The two companies said they are addressing those issues by delivering the most reliable, turnkey and affordable GNSS correction solution on the market.  Customers will be able to purchase the fully integrated hardware and streaming service directly from Aceinna and its distribution partners versus seeking out a provider on their own.  Activation and authentication will be streamlined through extensive backend server synchronization between Aceinna and Point One.  Centimeter-level accuracy will be attainable and powered by the integration of Point One’s coast-to-coast Polaris network and Aceinna’s OpenRTK platform.  Aggressive pricing will be offered to support all deployment levels, from single unit and up through large scale, the companies said.

Point One’s Polaris network is a proprietary GNSS correction network that uses the base station technology including advanced anti-jam, interference mitigation, security and integrity monitoring.  Its cloud-based correction architecture allows for GNSS corrections in RTK or SSR configuration, Point One said.  Its open source interfaces demonstrate compatibility with receivers and chipsets from leading providers.  The service is also compatible with any NTRIP/RTCM3 compliant receiver.