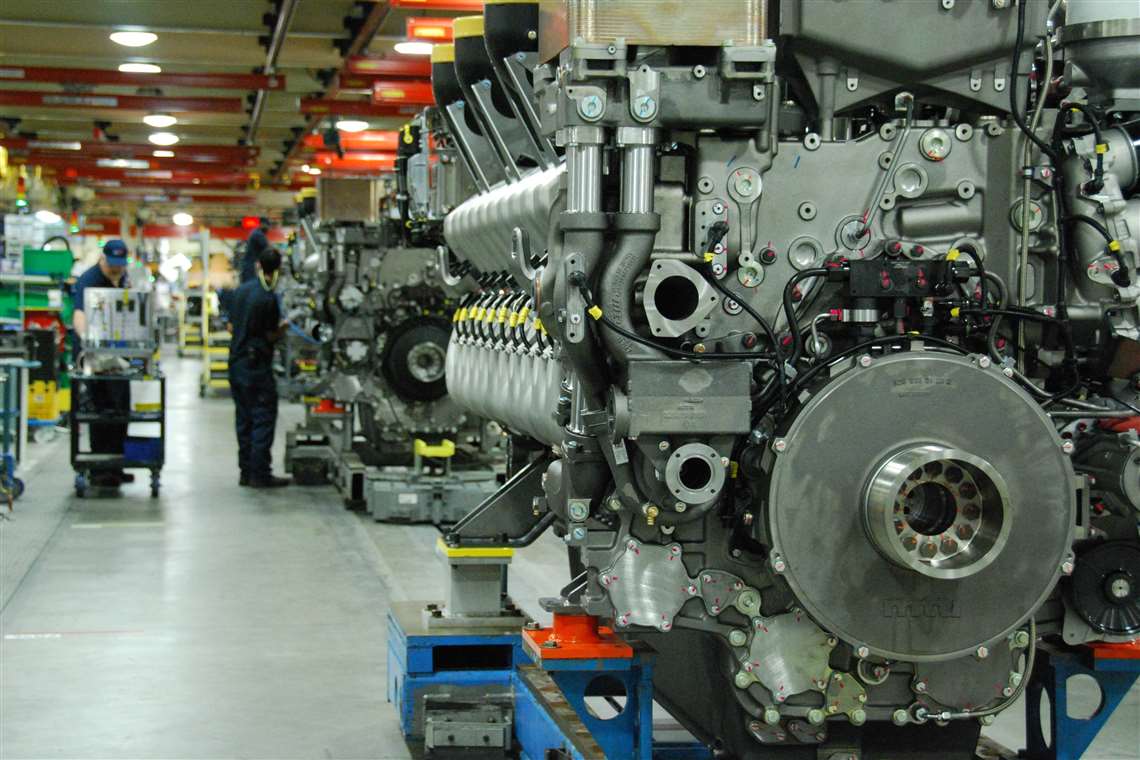 A Milestone And A Microgrid 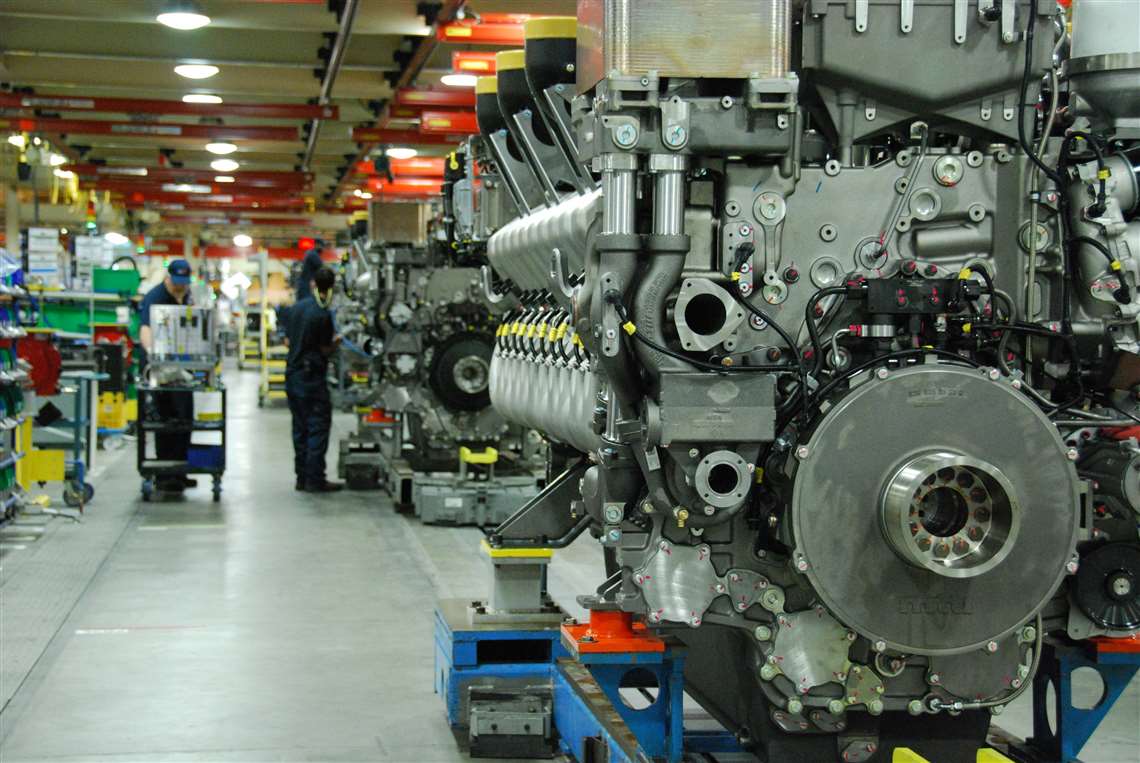 As Rolls-Royce’s MTU Aiken manufacturing facility looks back on its now 10-year history, it’s perhaps more noteworthy that the site is providing a glimpse into a growing aspect of power generation.

The 395,000 sq. ft. campus in Graniteville, S.C., which produces off-highway MTU-brand diesel engines, opened in the fall of 2010 when the company decided to move its manufacturing operations from Detroit, Mich. What started off as an assembly plant for two product lines has continually expanded in size and scope over the past decade to become much more.

“The original goal of the Aiken plant was to carve out our own space where we could take greater control over our destiny and our manufacturing here in the U.S.,” said Joerg Klisch, director of Operations at the MTU Aiken plant. “Everything that we’ve been able to achieve here over the past 10 years reflects the positive culture and spirit of innovation that we have. We have continually challenged ourselves to take on the next program or develop the next competency, all with a focus on developing our people and our community along the way.”

The facility began with the assembly of MTU Series 2000 and Series 4000 diesel engines, which cover a power range from 760 to 4000 hp and are used in a variety of mobile and stationary off-highway applications. Tognum, which owned MTU before it was acquired by Rolls-Royce, finalized the deal for the 100-acre campus, formerly home to an SKF manufacturing facility, in March of 2010.

By mid-October of the same year the 270,000 sq.ft. assembly building was modified and expanded to accommodate engine assembly and testing and since then, the company has added machining capacity for a range of large components such as cylinder heads, flywheel housings and gear case housings.

Rolls-Royce has continued to invest in the site, with additions including a Research & Development Center, incorporating test cells capable of conducting sophisticated emissions calibration and certification testing, as well as an administration building where supplier quality, purchasing and scheduling for the facility are located. The plant has also grown to incorporate military propulsion systems, assembling and conducting complete overhauls of MTU Series 883 engines and power packs used in military applications. The next capability to be added, which is currently in the works, is remanufacturing and overhaul of engines for customers in the Americas. 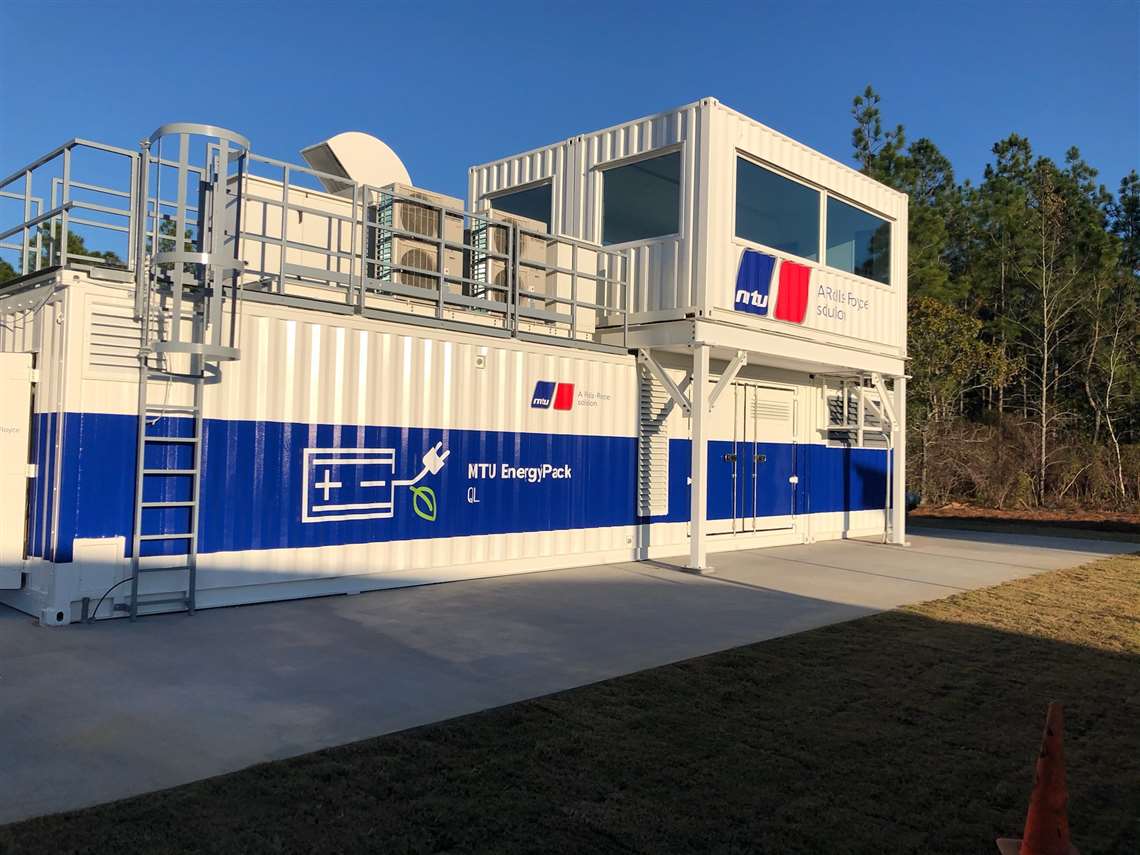 MTU has installed a microgrid at its Aiken facility that incorporates a solar array, a 1.9 MW Series 4000 natural gas generator set from MTU Onsite Energy and an MTU Energy Pack with lithium-ion batteries that can store 1 MWh of electricity.

More intriguing have been additions to the facility focused on power generation. In 2017, MTU installed a $1.9 million solar field made up of more than 4200 photovoltaic panels covering approximately seven acres adjacent to the plant. With a peak output of 1 MW, the solar energy is sent directly to the local utility grid.

More recently, MTU has installed a second solar field, this one generating approximately 800 kW, over the employee parking lot, that will be part of a newly installed microgrid that is set to go online. The microgrid will initially be used to provide power to the administration building and later will be used to offset peak energy demand for the entire facility.

In addition to benefitting the plant, the installation will serve as a demonstration platform, allowing customers to see how microgrids operate and how they can result in reduced energy costs.

“Number one, it will be a technology demonstrator for the North and South American markets,” said Arunachalam Lakshminarayanan, senior development engineer and microgrid project manager at Aiken. “Number two, it will serve as a test bed for our company’s future technologies. Third, which is equally important, is we will be consuming that power from the microgrid at our own facility for peak shaving purposes.”

Along with the solar arrays, the microgrid incorporates a 1.9 MW Series 4000 natural gas generator set from MTU Onsite Energy, as well as an MTU Energy Pack with lithium-ion batteries that can store 1 MWh of electricity. The microgrid is managed by MTU-designed control technology sophisticated enough to deal with the various types of energy inputs.

“In a microgrid, the system can get a little complicated,” Lakshminarayanan said. “If you’re going to have inverter based power generation using solar panels, you have dc converted to ac versus if you have a rotating machine like an engine, which is going to produce ac current directly.

“If you’re using solar and suddenly there is cloud cover and less energy, how fast can your gen-set ramp up? Or are you able to predict the solar cover over the next 10 or 15 minutes and coordinate the power sources to adjust for that? We have controls that are quite stable with fast response and we can work with the customer to develop controls for their specific needs.” 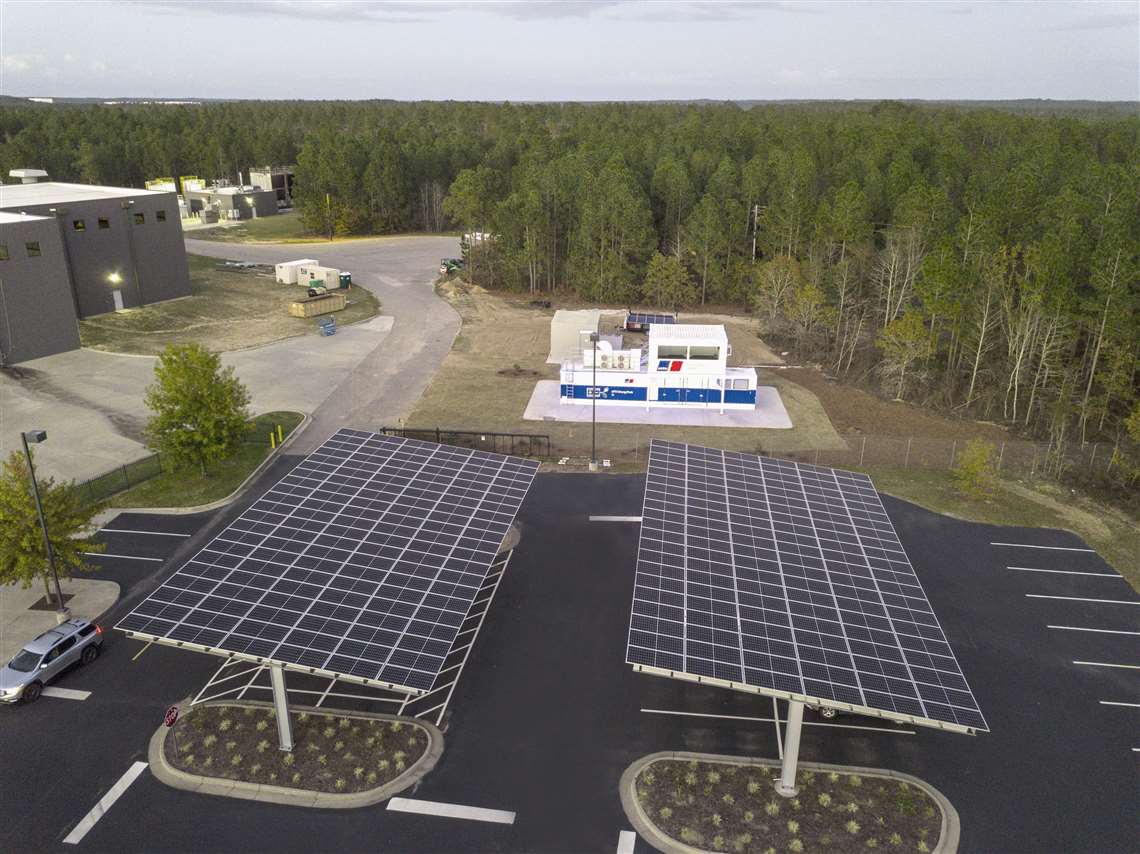 As part of its microgrid system at Aiken, MTU has installed a second solar field, this one generating approximately 800 kW, over the employee parking lot.

Lakshminarayanan said MTU will use the Aiken installation to continue to refine its microgrid technology, which could include new energy options as they become available. “We have started to develop our own fuel cell,” he noted. “So in the future, we will perhaps be integrating a fuel cell into the microgrid. If tomorrow, someone develops a new battery system, a new energy storage system or something involving hydrogen, which is becoming quite exciting nowadays, we have a platform for testing.

“As the energy landscape changes, it’s very important that we as a company, look into the future and are pioneers of providing solutions. We are looking to be the go-to source for a complete energy solution. It’s not just selling an engine, it’s looking to provide a complete energy system to that all the customer needs to do is come and say, ‘I need 4 MW, I need 5 MW, I need 100 MW,’ and we take care of everything.

“We can give the customer the flexibility to choose the sources of power that works best for him, coupled with the intelligent controller that can deliver power with a fast response and at an optimum cost, using whatever resources are available.”