What benefits can microgrids bring to remote locations?

Scattered across the world’s oceans are thousands of islands, each with their own unique ecosystems, vibrant culture and beautiful coastlines. 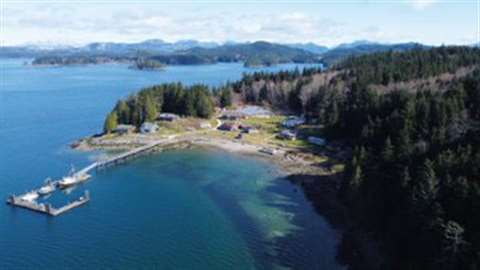 Harbledown Island is  located in the Central Coast region of British Columbia, Canada. The solar array for the island’s microgrid can be seen at the center of the photo. Credit: Hakai Energy Solutions photos.

Harbledown Island, located off the coast of British Columbia, Canada, shares many of these qualities. However, Harbledown has another commonality with island communities: fossil fuels have long been the only way to provide electricity to them. The residents of Harbledown have relied on diesel power ever since electricity was introduced to the island decades ago. That is until 2020, when a renewable energy microgrid was commissioned by off-grid energy specialist Hakai Energy Solutions in partnership with Ageto Energy.

Islands are a good candidate for hybrid renewable energy microgrids for many reasons. For one, they are often beyond the edge of the electric grid. As a result, residents may pay a high price for electricity, as it has historically been generated by diesel that is shipped or flown in. With the installation of a renewable energy microgrids, diesel generators act as a backup for the solar and battery storage.

“A well-designed, sized and controlled renewable energy microgrid such as the one on Harbledown Island can operate for days at a time without starting the generators,” said Mike Murray, COO, Ageto, LLC, Fort Collins, Colo. The company was founded with the goal of simplifying the task of integrating renewable energy into power systems ranging from behind-the-meter applications such as fire stations and universities to off-grid locations such as tiny remote islands.

Ageto data from Harbledown
Ageto has collected more than a year’s worth of data from the Harbledown site and has shared what it might mean for future island microgrids and how an intelligent renewable energy microgrid controller can optimize the system and provide an extra layer of resilience.

The Ageto ARC controller is designed to operate the system in an autonomous manner to seamlessly supply the system load via a mix of solar power, battery storage and generator. Credit: Hakai Energy Solutions photos.

Before the installation of this renewable energy microgrid, Harbledown relied on three diesel generators to deliver power to the entire community. Although diesel generators provide consistent power to an island community, they present several challenges. If electricity is not subsidized, one of the biggest problems is the high cost of electricity for community members because of the large expense of transporting the diesel to the island. Not only is fuel transportation expensive, but it also means fuel is burned to provide electricity for the island before the fuel meets the generator’s engine. The generators are a reliable way to provide electricity to the island but can be loud, expensive and polluting.

The Harbledown project, like many microgrid projects, took time and work before it was commissioned. The first conversations began in 2018 and the microgrid was finally commissioned in two phases in 2020. In June of 2020, the first phase was commissioned including three 33 kW SMA Sunny TriPower CORE1 solar string inverter and ComAp controllers on three Simmax diesel generators, each with a Perkins engine, for a total of 215 kW. In August of 2020, the second phase was installed adding a Dynapower MPS-i125 energy storage system with 440 kWh of Samsung E3 lithium-ion batteries. 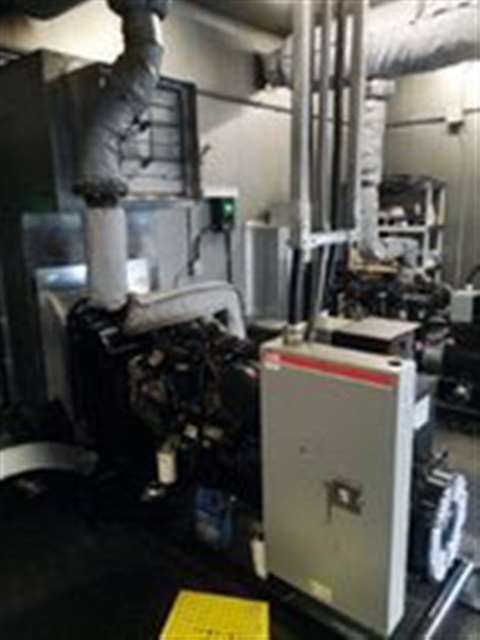 COVID-complications
“Designing an island microgrid is complex, however, bringing that design into fruition can be even more complicated,” said Murray. “The Harbledown renewable energy microgrid project was ready to be commissioned in the spring of 2020 after the installation of three new generators. Coincidentally, that is when COVID-19 stopped all international travel. Ageto, with the onsite expertise of the Hakai engineers, was able to innovate a solution to commission the project remotely and get the project up and running without further delay.”

Typically, an Ageto engineer travels to a site to configure the assets and troubleshoot any issues. Through the remote gateway included in ARC, in this instance a satellite connection to the island, Ageto could remote into any microgrid system, typically for visibility, remote monitoring and control to perform an unusual commissioning with Hakai engineers as the eyes and ears onsite.

“This teamwork, creativity, and innovation kept the project from being delayed any further and provided the people of Harbledown with the renewable energy microgrid that was promised,” said Murray.

One of the major functions of a renewable energy microgrid, especially an island microgrid, is power reliability. If the microgrid goes down, there is no grid to fall back on.

“That is why it is so important for a renewable energy microgrid controller to be reliable, robust and constantly communicating with the devices in the system to provide visibility into the performance and health of all of the assets within the system,” said Murray. “The Ageto ARC microgrid controller communicates at one-second intervals and follows algorithms tailored to each site to determine how to optimize and control the system. ARC monitors the state of charge of the battery, solar production, total load, and hundreds of other energy parameters which it synthesizes to make decisions on when to discharge the batteries or turn the generators on, providing a constant supply of power.”

The Harbledown microgrid is a mix of traditional and renewable distributed energy resources. The Ageto ARC microgrid controller runs the energy storage and the generator in grid forming mode. If there is a fault in either resource the other can seamlessly take over forming the voltage and frequency for the grid without a blackout, said Ageto. 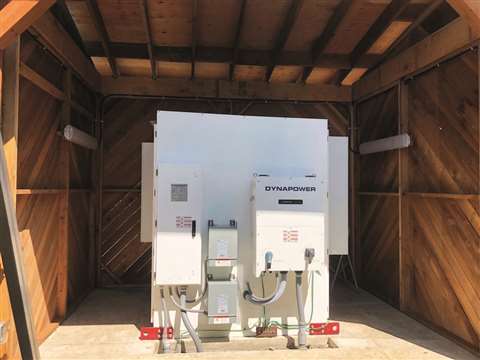 “Resilience is a high priority for Ageto,” said Murray. “That is why we innovated to develop a ‘resiliency mode.’ With one click, a system operator is able to inform their system to prepare for severe weather or other extreme conditions by increasing the spinning reserves on the system.”

“It is important that those delivering a renewable energy microgrid controller understand all aspects of a system so that the final project that is delivered performs as expected and meets the goals set forward by the project stakeholders,” said Murray. “Ageto prioritizes responsiveness and expertise. Helping all partners involved understand their role in the system expedites the process as well as finding and solving potential problems. Ageto’s ARC controller is configurable to meet the narrative that the customer wants and has the expertise to know it will work.” 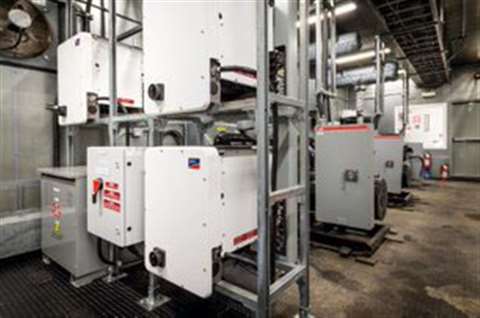 The Harbledown renewable energy microgrid has been operating autonomously for over a year without fault and has been able to operate generators off for multiple consecutive days on many occasions. At press time (October 21), the system had saved the community thousands of dollars in diesel fuel, thousands in generator maintenance costs, and has reportedly offset more than 72.8 tons of CO2 emissions. In one week in April, the system achieved 85% renewable energy penetration.