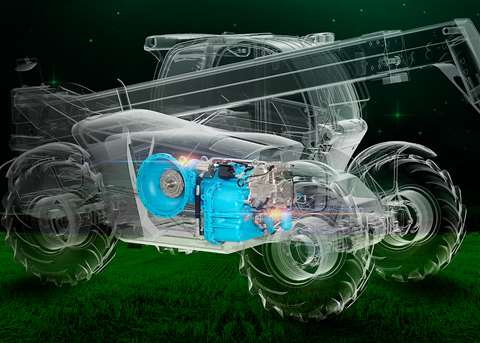 Dana Inc. has announced the launch of the Spicer HVT1, an advanced powersplit transmission that the company said enables the superior performance and sustainability of agriculture telehandlers.

“Buyers of agriculture telehandlers are looking to maximize the value of their investments through equipment that provides efficiency, versatility, sustainability, and power to get the work done,” said Aziz Aghili, executive vice president and president of Heavy Vehicle for Dana Inc. “The Spicer HVT1 has been engineered to deliver the superior performance and exceptional long-term value that equipment owners demand.”

The Spicer HVT1 accommodates inputs from 110 to 155 hp (80 to 115 kW) at up to 2100 rpm. With two forward drive ranges and one reverse, the transmission incorporates an advanced electronic control system that automatically adjusts the mix of mechanical and hydrostatic power. This helps deliver fuel savings of up to 30% when compared with ag telehandlers that use conventional transmissions, Dana said. In addition, the ability to balance hydrostatic and mechanical power allows the engine to maintain a consistent speed in its most efficient operating range, which assists in reducing fuel consumption and improving emissions performance. 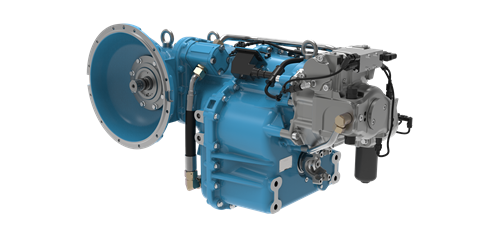 Dana said the design of the Spicer HVT1 provides numerous benefits that address the expanded performance expectations of agriculture telehandlers operating in the farmyard, field, and road. The combination of hydrostatic and mechanical drives in an integrated 90º gearbox is engineered to offer precise low-speed maneuvering control and smooth, progressive response for loading and handling cycles. It also delivers superior roading, climbing and high-speed towing capabilities up to 31 mph (50 km/h), the company said.

The system also enables agriculture equipment users to increase the utilization of telehandlers by supplying maximum torque even when the machine is at a standstill, which supports heavy work demands, such as digging and loading, Dana said. The Spicer HVT1 is also designed to improve operator ergonomics through simplified handling, smoother shifting, lower machine vibration, and reduced noise.

The transmission includes two pump drive PTOs and is compliant with ISO standards that govern the safety of control systems for earthmoving machinery, tractors, and other agriculture and forestry machinery, Dana said.

Additionally, the Spicer HVT1 is engineered to fit within current telehandler design envelopes, which Dana said provides OEMs with the option to specify a downsized engine that achieves the same performance as a conventional transmission or use the same size engine in a powertrain that supplies improved performance. The unit can also be used with an electric motor in a battery-electric powertrain, the company said.

More information on the Spicer HVT1 is available at www.dana.com/oh/transmission/hvt1. 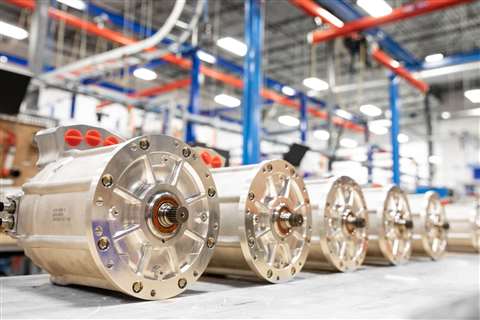