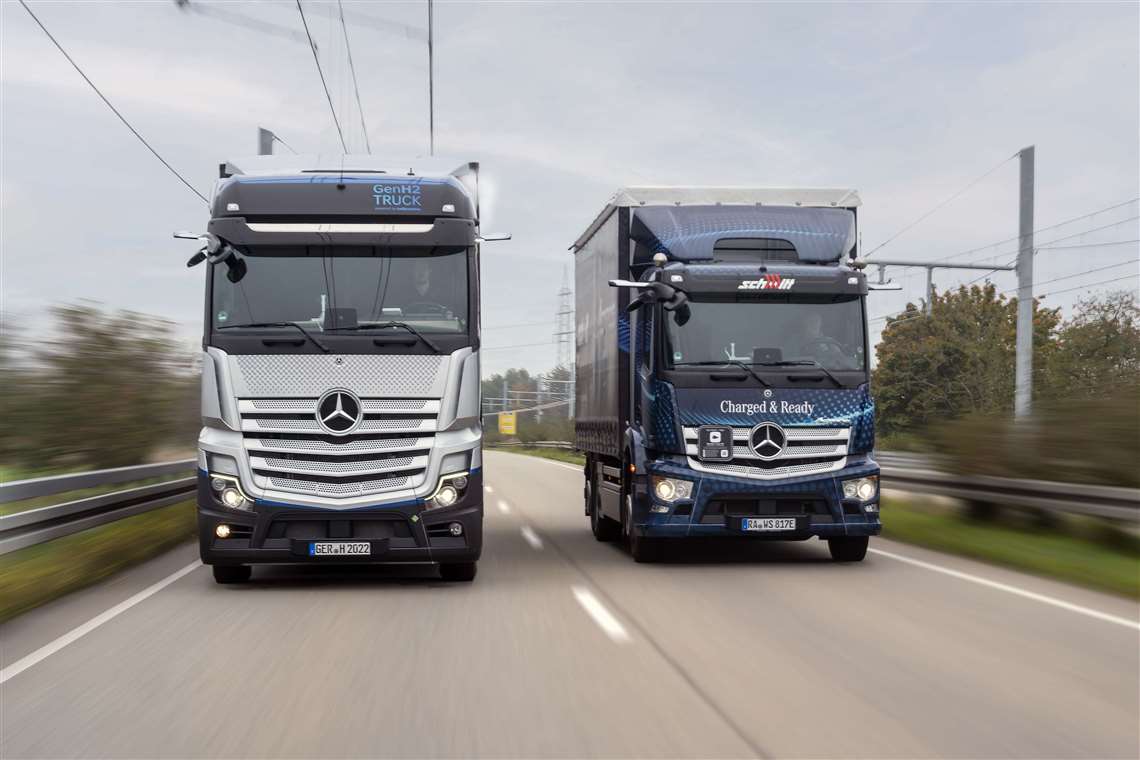 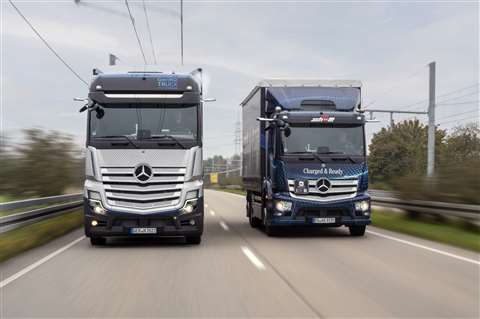 Daimler Trucks has announced that it has received approval from German authorities to use its Mercedes-Benz GenH2 hydrogen fuel cell-powered truck on public roads.

The GenH2 was first unveiled in 2020. Since April this year, the prototype model has been undergoing testing on closed company tracks. Daimler Trucks reports the vehicle has ‘successfully accumulated several thousand miles’ of testing to date.

As part of the eWayBW project, the hydrogen fuel-cell powered truck will now undergo further tests, including operational comparisons with the battery-electric eActros and vehicles from other manufacturers.

The trucks will be operated on roads around Rastatt, Germany, near the Daimler Trucks assembly plant. The goal is to achieve a 1000 km (621 miles) range.

Permission to use the fuel cell-powered trucks on public roads is seen as an important milestone on the way to series production. The GenH2 trucks are expected to reach customers starting in 2027.

Daimler Truck is planning to only offer vehicles which are carbon-neutral in operation (tank to wheel) in Europe, Japan and North America from 2039. To achieve this, the company is following a combined pure EV and hydrogen fuel cell strategy.