How Hydraforce teamed up with Roquet Hydraulics to deliver new prototype 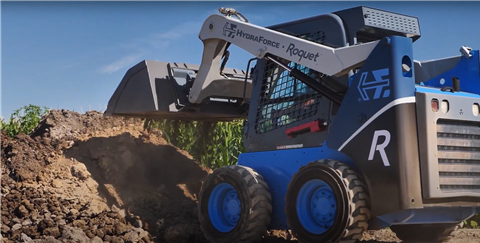 HydraForce has partnered with Spain’s Roquet Hydraulics to turn a conventional skid-steer loader into a prototype that demonstrates the capabilities of its newest valve and control technologies.

Sometimes, rather than try to explain something, it’s best just to show it.

HydraForce, the global specialist in cartridge valves and controls for mobile equipment applications, is taking that path, partnering with another hydraulic supplier, Spain’s Roquet Hydraulics SL, to turn a conventional skid-steer loader into a prototype that demonstrates the capabilities of its newest valve and control technologies.

Hydraforce headquarters
“We think we can make a better world by providing better controls for machines so operators can enjoy their job with increased productivity,” said Russ Schneidewind, director of Business Development at Linconshire, Ill.-headquartered HydraForce. “The only way we can sometimes demonstrate that is by taking a piece of equipment, modifying and upgrading it with our products, or partnering with other companies, like Roquet, in order to do that.” 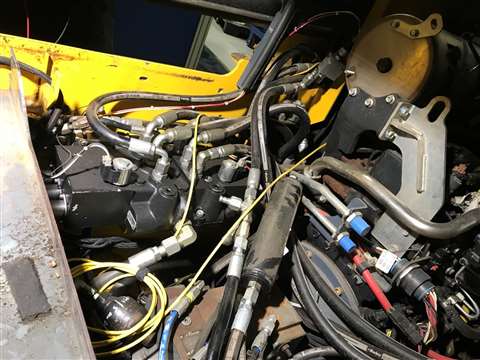 A look under the hood of the Gehl loader showing the Roquet casting and HydraForce electroproportional cartridge valves (top left) including its EHPV and EHPR valves, along with an HSV solenoid valve.

In this instance, the company used a Gehl R190 skid-steer loader. Powered by a Yanmar 4TNV98C Stage 5 certified engine rated 68 hp (51 kW), the machine has a rated operating capacity of 1900 lb. and is used in a wide range of agricultural, landscaping, construction and rental applications.

A closer look at the HydraForce-Roquet valve block.

“We specialize in electronic controllers and electroproportional cartridge valves,” Schneidewind said. “But we don’t specialize in monoblock spool valves, which is typically the main control valve on a skid-steer loader like this one.

“So we partnered up with Roquet, who supplies these monoblocks to the skid-steer loader and CTL (compact track loader) market. We worked with them to put together the monoblock, then we integrated all of the electronics, did the programming and set up the telematics.

“That’s what makes this machine kind of special in that there’s no other machine out there like this. This is a true prototype that HydraForce put together and we want to see how it feels to the marketplace.” 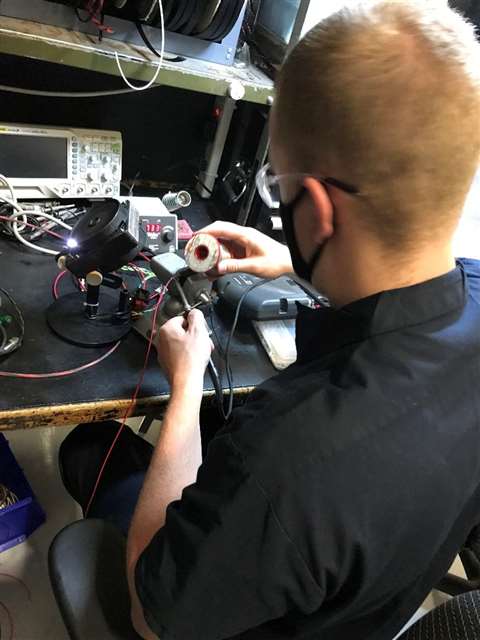 A HydraForce technician solders part of a wire harness that allows the electronic controls to automate the functioning of the cylinders on the skid-steer loader.

Feel is the appropriate word in this instance, as the effects of the new control technology will be apparent to operators as they use the machine. The system will provide new levels of control, functionality and ease of use automation to the loader, with features such as automated bucket shake, bucket leveling and float functions and even a “beginner’s function” that can be used to limit the boom and bucket speeds for less experienced operators. Commonly used basic functions can also be pre-programmed to a one-touch operation and all of the functions can be monitored and enabled through the telematics system.

Growth of electrohydraulics
“We see customers moving to electrohydraulic controls for various reasons, including, ergonomics, operator comfort and productivity,” Schneidewind said. “We saw the opportunity for us to improve the controls on these machines because today’s electrohydraulic solutions being offered by the marketplace are seen somewhat as a degradation in feel.

The machine was modified at the HydraForce Applications Lab during the summer and was later tested at a farm in Wisconsin, where it was also the subject of a video on the Messick Equipment YouTube channel. Host Neil Messick, whose channel has more than 90,000 followers, put the machine through its paces and demonstrated a number of its automated function capabilities.

HydraForce said the new electrohydraulic control systems can be developed for many other mobile hydraulic machines, including different types of loaders, lifts, and excavators. 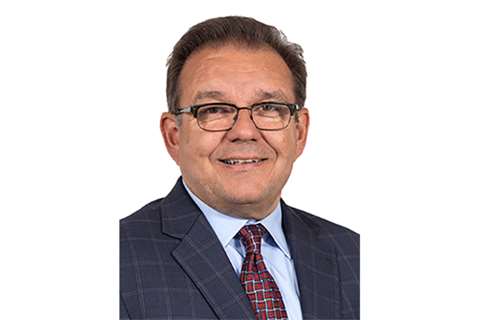 Terzich To Succeed Brizzolara At HydraForce
Jim Brizzolara, founder, president and CEO of HydraForce has announced the appointment of Mike Terzich as his successor in the roles of 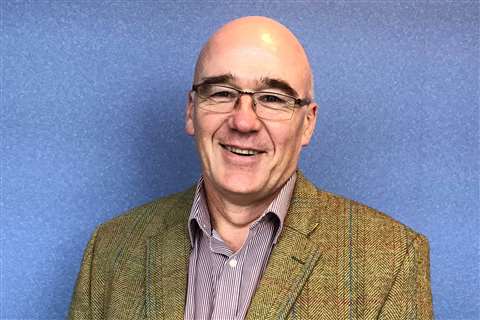 A Light Touch For Vineyards
Now here’s an Innovative Use Of Horsepower - an autonomous, fungus-killing robot.
Latest News