Doosan Infracore China Corporation (DICC) has announced that it has produced its 200,000th excavator. The company, which set the target number 26 years ago when it first began operating in China, said it is now the first foreign equipment manufacturer operating in the country to produce the landmark number of units. 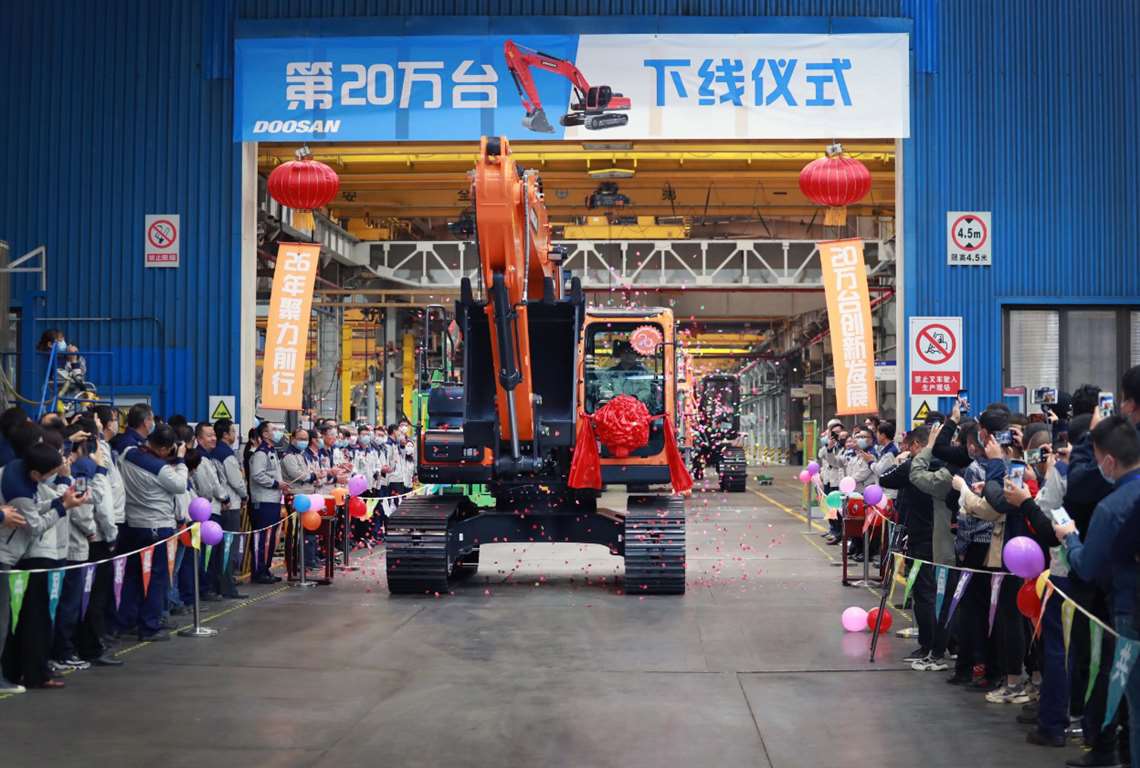 Based in the port city of Yantai in the Shandong province of eastern China, DICC invited employees, dealers and customers to its plant for an event to celebrate the achievement. Broadcast live over the internet, the ceremony featured the handover of the 200,000th excavator to its new owner.

While the company did not reveal what model the excavator was or the name of its new owners, a representative for the company said, “Doosan Infracore China, having grown into an energetic 26-year-old, was able to achieve the 200,000 unit record in line with the growth of the Chinese excavator market.”

This latest news follows the publishing of the company’s most recent financial records. DICC reported that its 2020 annual sales and third quarter revenues were up by 21% and 55% respectively, compared to the previous year.

According to the manufacturer, the Chinese excavator market recorded its largest ever annual sales figure of 200,000 units in 2019. It said that while the market had contracted for about two months at the beginning of 2020 due to the pandemic, that it had recorded a rapid recovery since March.

DICC, which has almost doubled its market share in recent years from 12.9% in 2015 to 22.8% in the third quarter of 2020, said it is now aiming to increase this even further through its customised products and services.

The company’s representative said, “We will do our best to increase our customers’ satisfaction and reinforce our position as the market leader by supplying unrivalled products and services optimized for the Chinese market.”